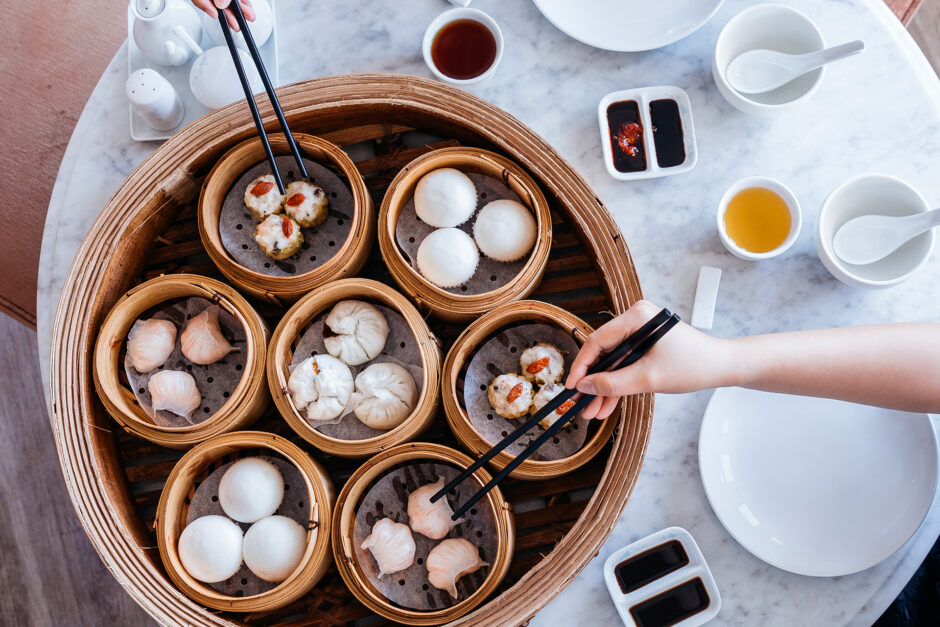 Variety is a central feature of Chinese cuisine because of its communal culture. Although single-serve dishes are abundant, even more, are meant to be shared with everyone around the table, matched with other dishes for a full, hearty meal. Yum Cha is reflective of this, with an array of bite-sized yummies to savour. In Hong Kong and other Chinese communities in the world, Yum Cha breakfast is often a friends-and-family affair.

Its history can be traced as far back as the Tang Dynasty between 618 to 907 BCE, with scholarly texts describing a simple breakfast with tea and small dishes to taste. In fact, tea was the ‘main deal’, and the yummy morsels were accompaniments – actually called Dim Sum. Only in Australia that enjoying Dim Sum is called Yum Cha, as in ‘drink tea’ in Cantonese. No one knows why really. Probably an honest case of simplified translation when Hong Kong immigrants brought it here during the 1980s, and it quickly became popular. But around the world, having a pot of hot tea along with a tableful of Dim Sum dishes remains the standard practice.

Yum Cha dishes are steam-cooked or deep-fried. The former is traditionally served in bamboo steamers, and the latter in plates. Some restaurants roll pushcarts with the food from table to table for the patrons to pick whatever they like. Most dishes are savoury and umami in different ways, with a few sweet choices. All in small portions, so you can have a taste of many flavours till you’re full.

Here are 14 common and beloved Yum Cha dishes. Also, check out our complete collection of Yum Cha recipes for you to make and savour at home! 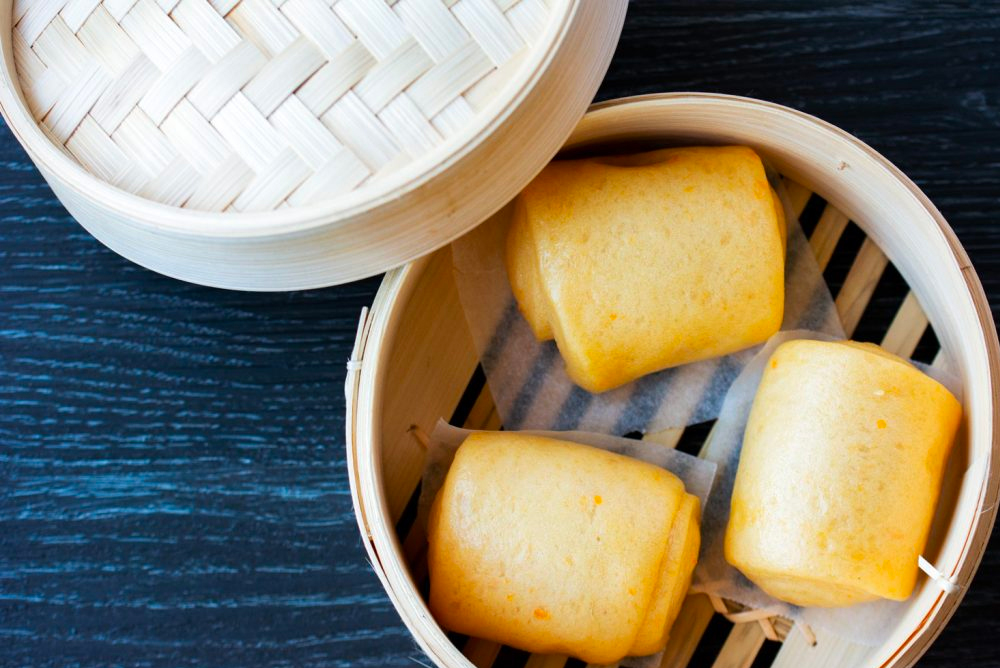 Mantou is a steamed bun made of special Bao wheat flour. Soft and bouncy to chew with a subtle sweet flavour. A great Yum Cha starter. 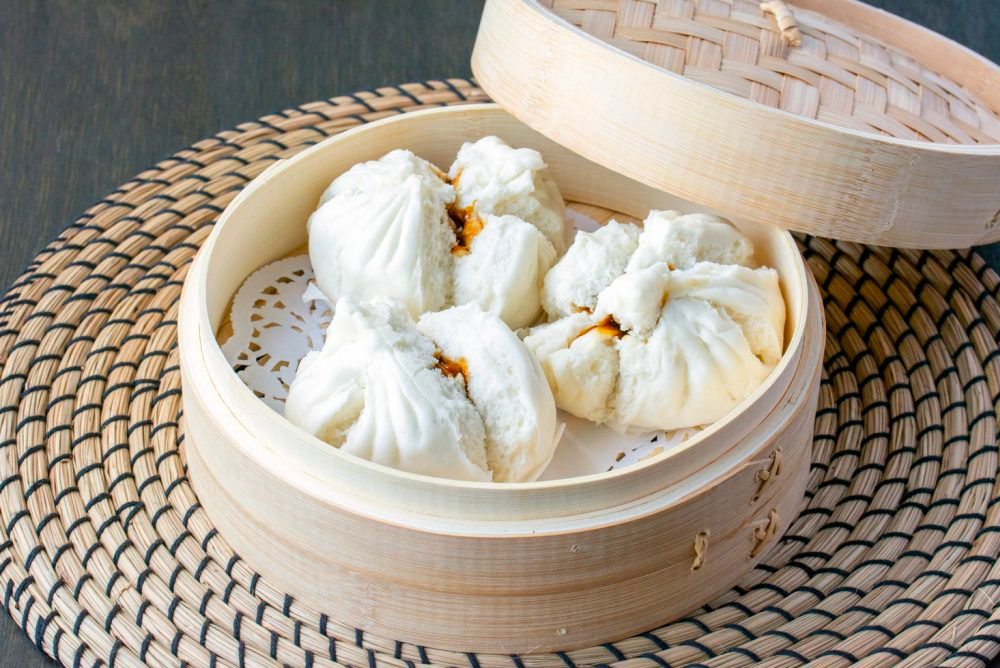 Firm but soft steamed buns with roast pork filling is a must-have in a traditional Yum Cha setting. Best enjoyed warm and fresh from the steamer. The bao’s pleasing texture tastes similar to the Mantou, blending perfectly with the umami pork filling in every bite. 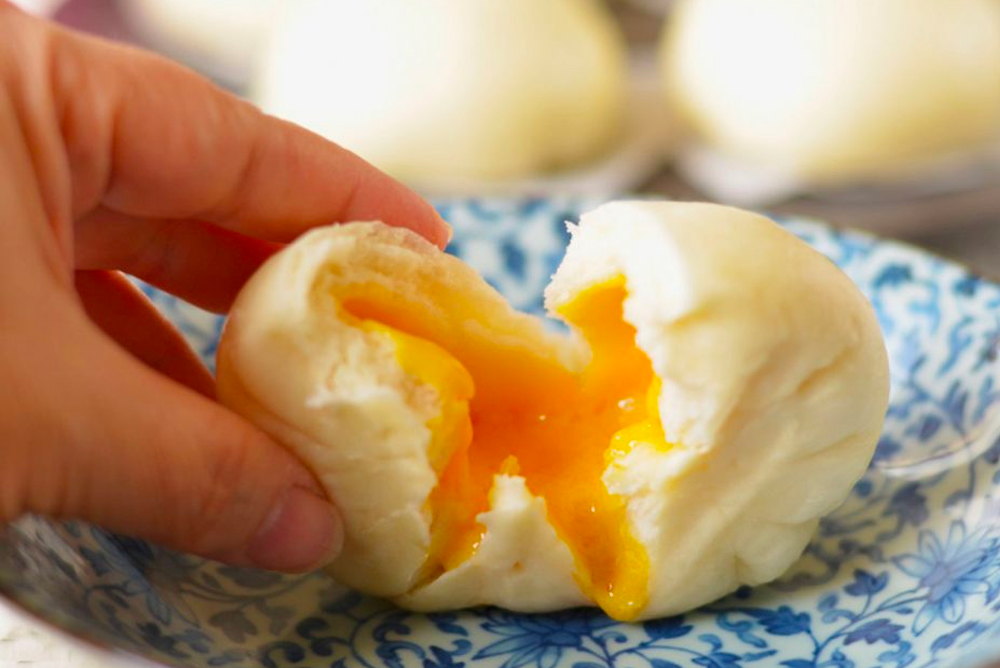 Similar to the Cha Siu Bao, this bao has a sweet oozing custard filling that melts in your mouth. There are two popular types: Liu Sha Bao with salted egg yolk custard, and Nai Wong Bao with creamy egg-and-milk custard. 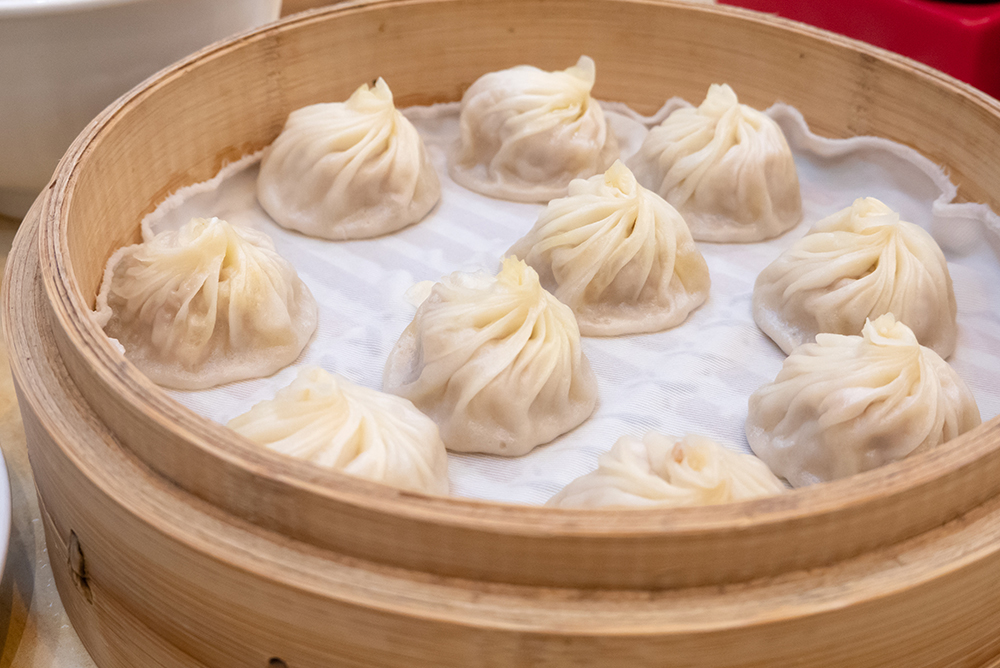 The Xiao Long Bao is often considered the tastiest of steamed baos. Minced pork seasoned with soy sauce, oyster sauce, ginger and sesame oil, in a soupy jelly flavoured with Shaoxing wine, wrapped in dumpling skin and steamed. Bite in gently and let the yummy soup burst and warm your taste buds, then chew into the tender, savoury filling. Pure bliss. 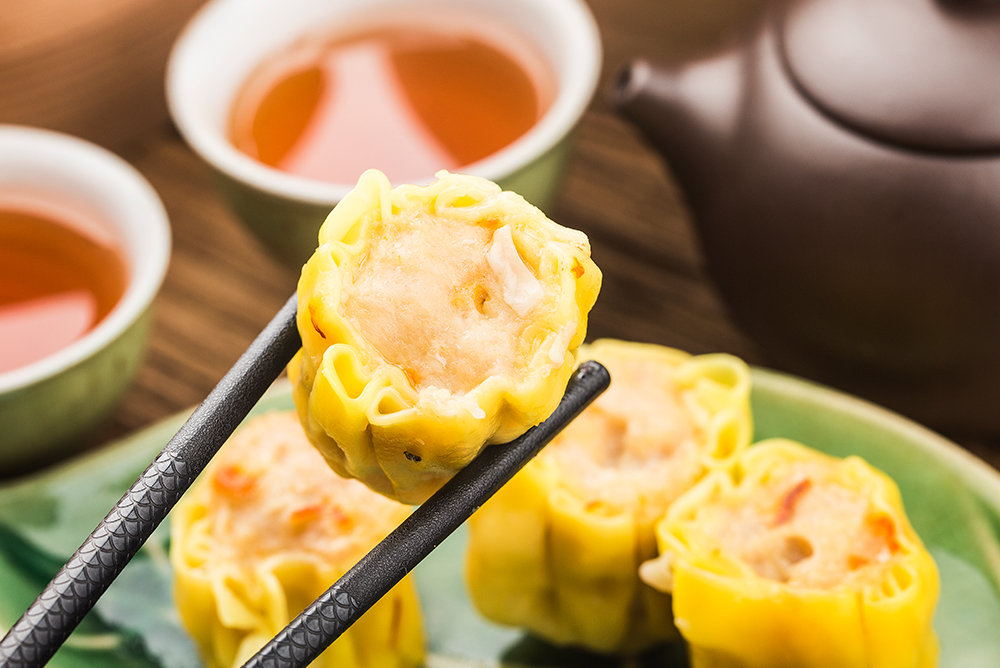 Minced pork and prawns wrapped in thin dumpling skin to shape like tiny cupcakes, and steamed to cook. The Siu Mai is another must-have Yum Cha fave. Firm but tender to chew, with a surprising umami flavour. 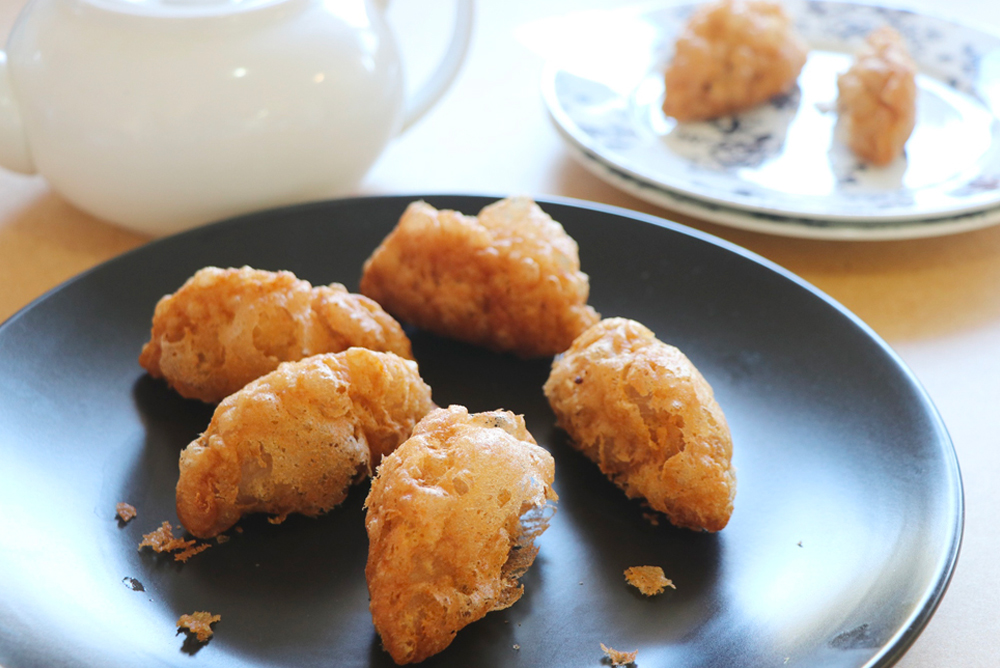 The Wu Kok is also filled with minced pork and prawns but balled and deep-fried in yam-and-starch dough. Crispy outside, tender inside, the natural earthy sweet taste of yam blends with the savoury proteins for an irresistible umami flavour. 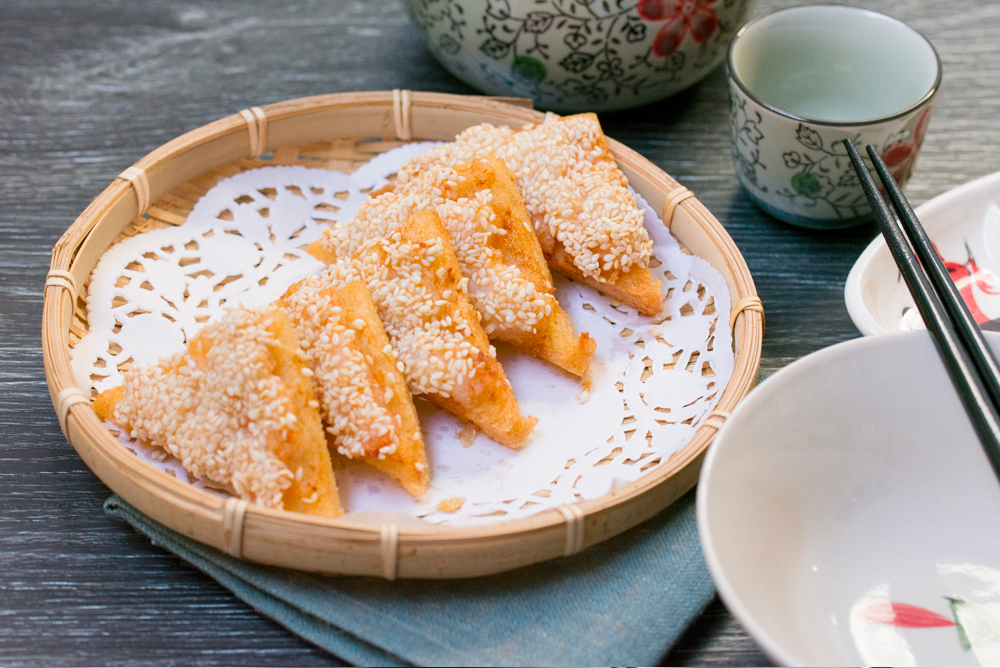 A deep-fried fave with pasted prawn filling, but breaded and made extra fragrant with sesame seeds, flavoured with Shaoxing wine, ginger and chicken stock. 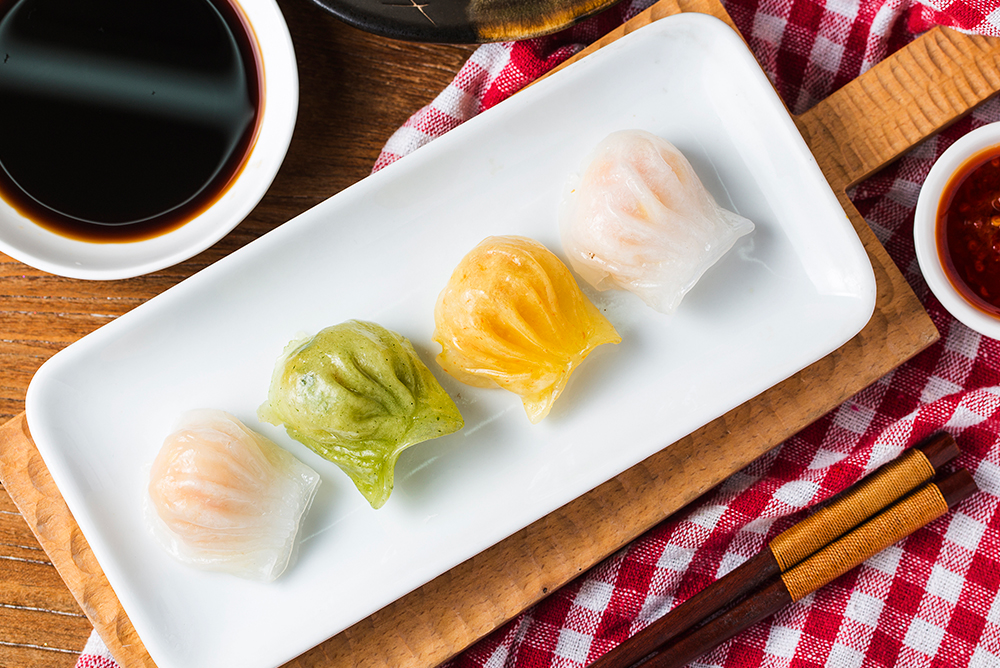 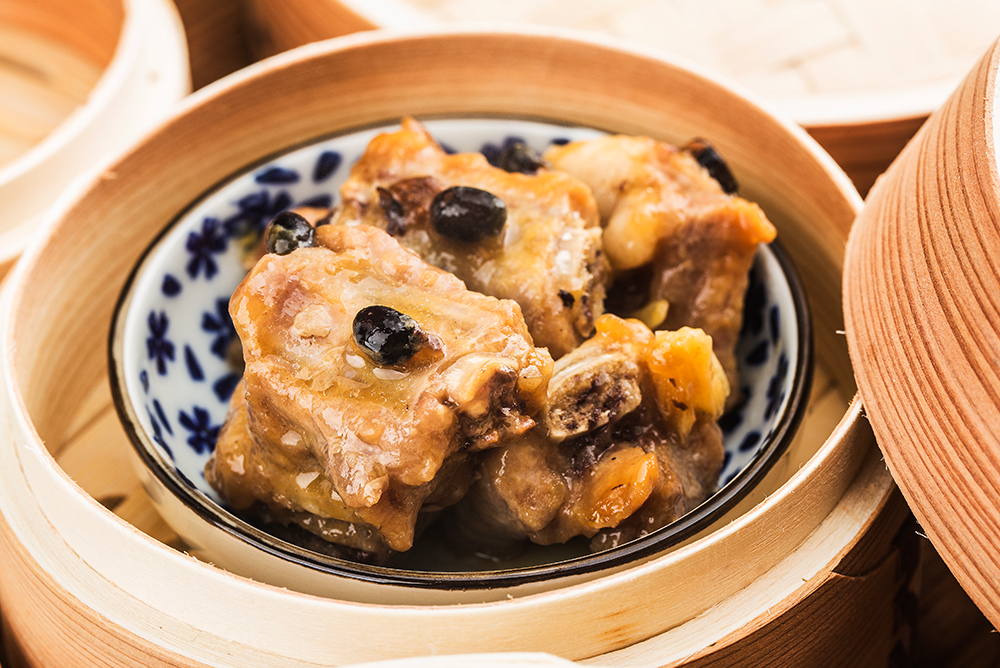 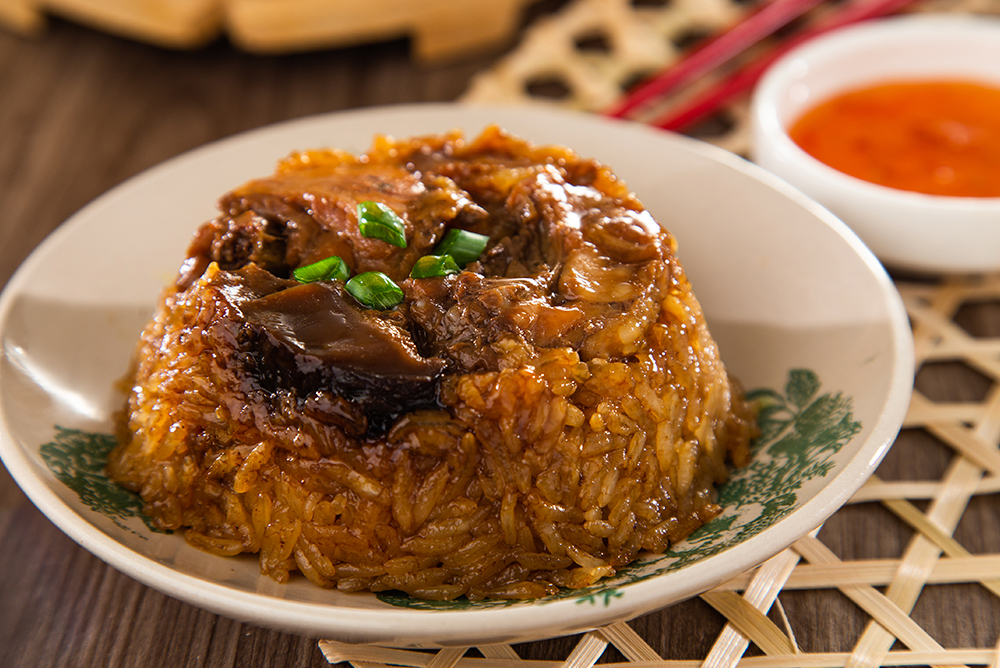 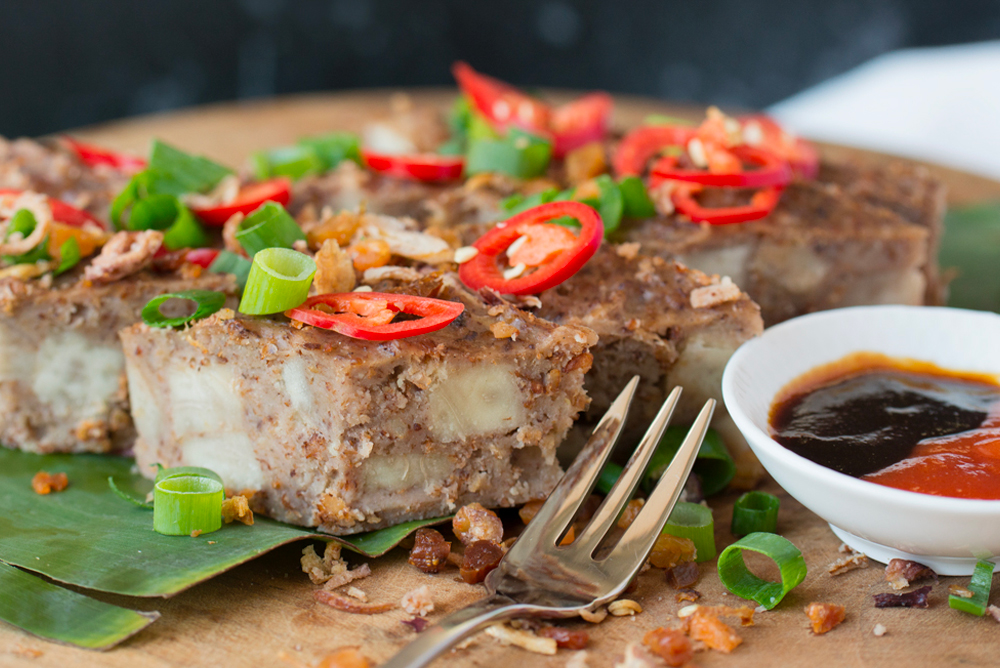 Steamed taro cake made tasty with five-spice powder and dried shrimps, topped with shallots, spring onions. Firm and bouncy texture that’s tender to chew, with an earthy and savoury taste. 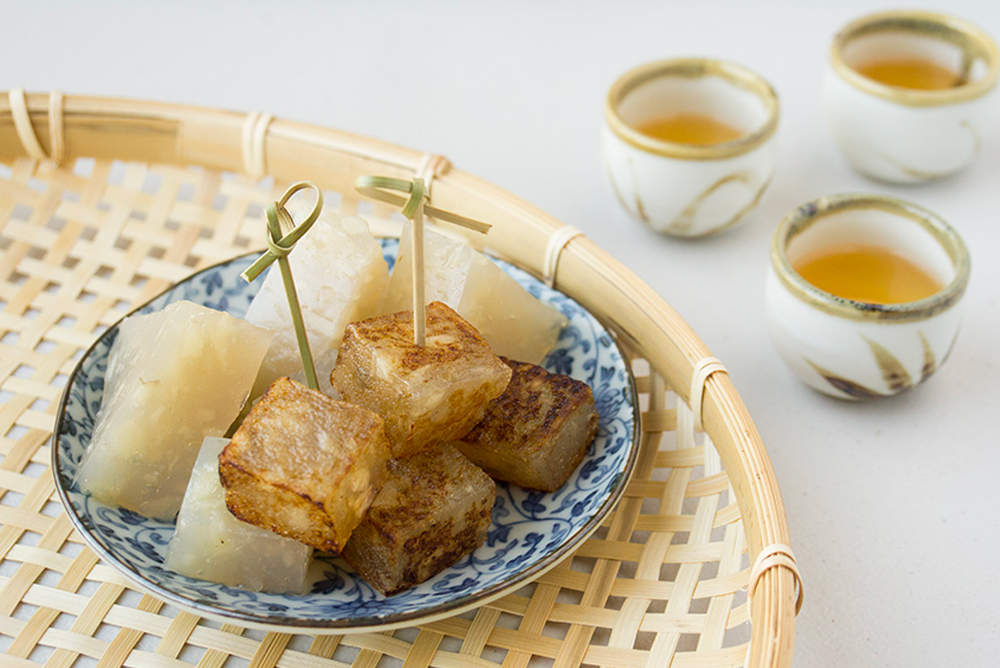 Ma Tai Gou is chopped water chestnuts coated with water chestnut flour and made sweet with cane sugar and rock sugar, pan-fried to a golden brown. Also yummy as a cold dessert, but served warm for Yum Cha. 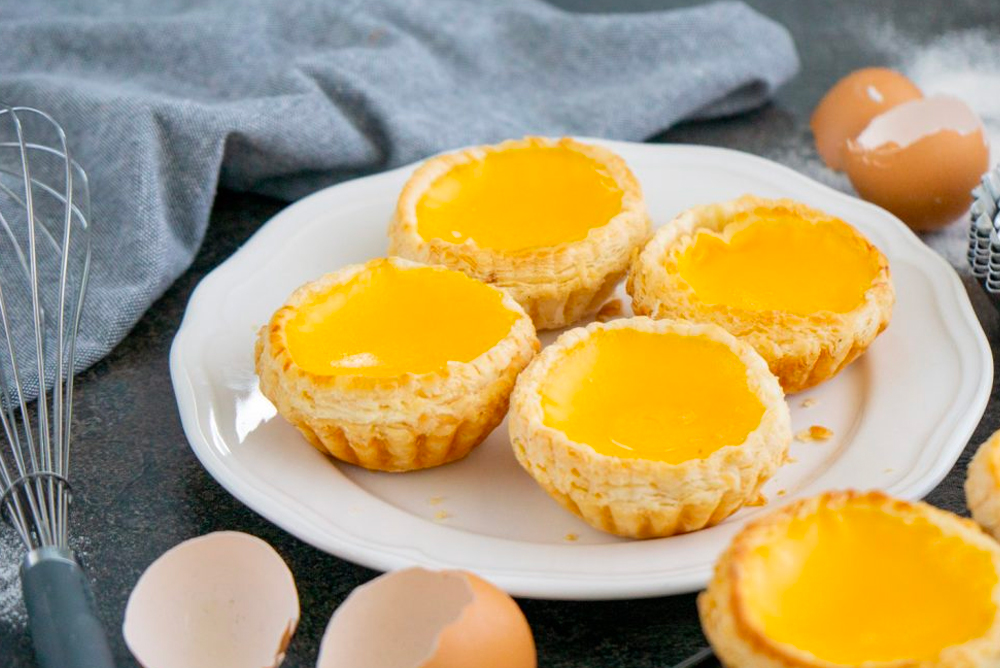 Chinese egg tarts are a relatively ‘recent’ recipe, made the world popular since the colonial era. Crispy crusted with a sweet, bouncy and creamy egg custard centre. A delicious Yum Cha dessert 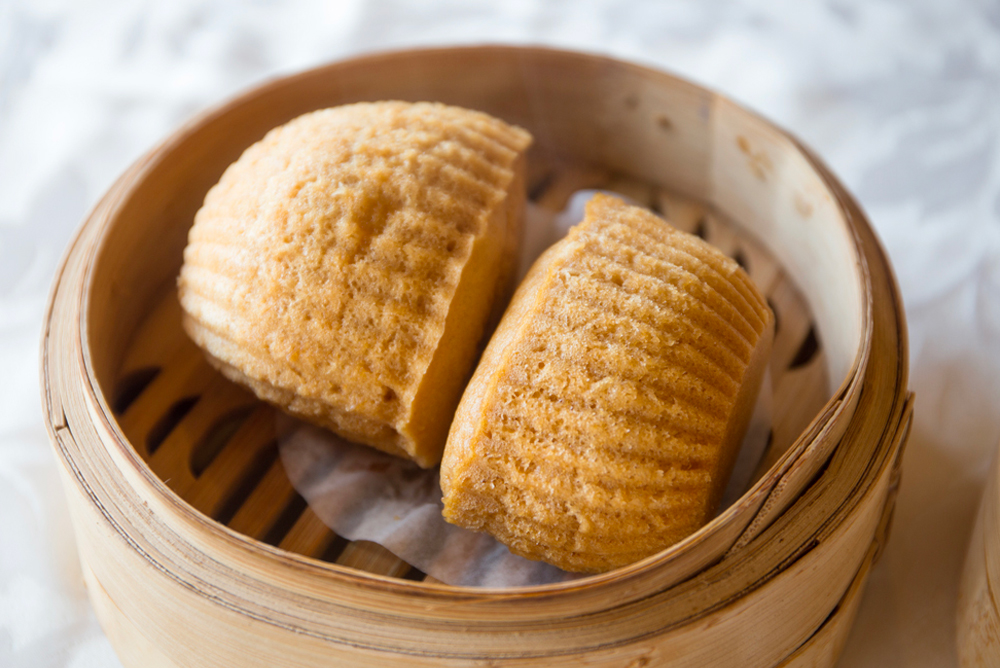 Soft and fluffy with a mild smoky sweetness, this steamed sponge cake has a comforting texture and simple pleasant flavour. Perfect to cleanse and ease your palate, at the start or end of your Yum Cha session. 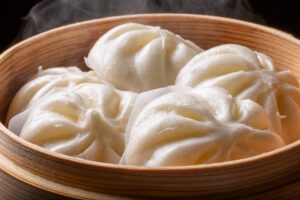