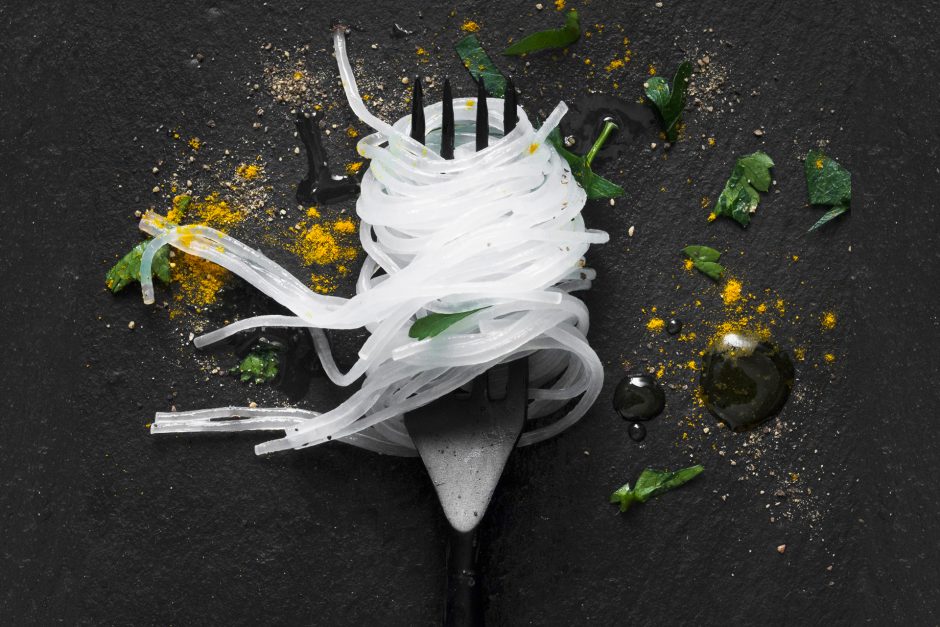 For those with gluten intolerance, having a plate of pasta or noodles is a tenuous option. Most pasta is made from wheat, whereas wheat-free or gluten-free types turn out to be poor mushy and unpalatable relatives of its wheat-made variants.

However, Asian cuisine does offer a whole host of gluten-free noodles with ingredients such as rice, sweet potatoes, and mung beans. These noodle variants might not have the same taste and texture as wheat-based pasta or noodles, but it brings its own delectable flavour to the dish. 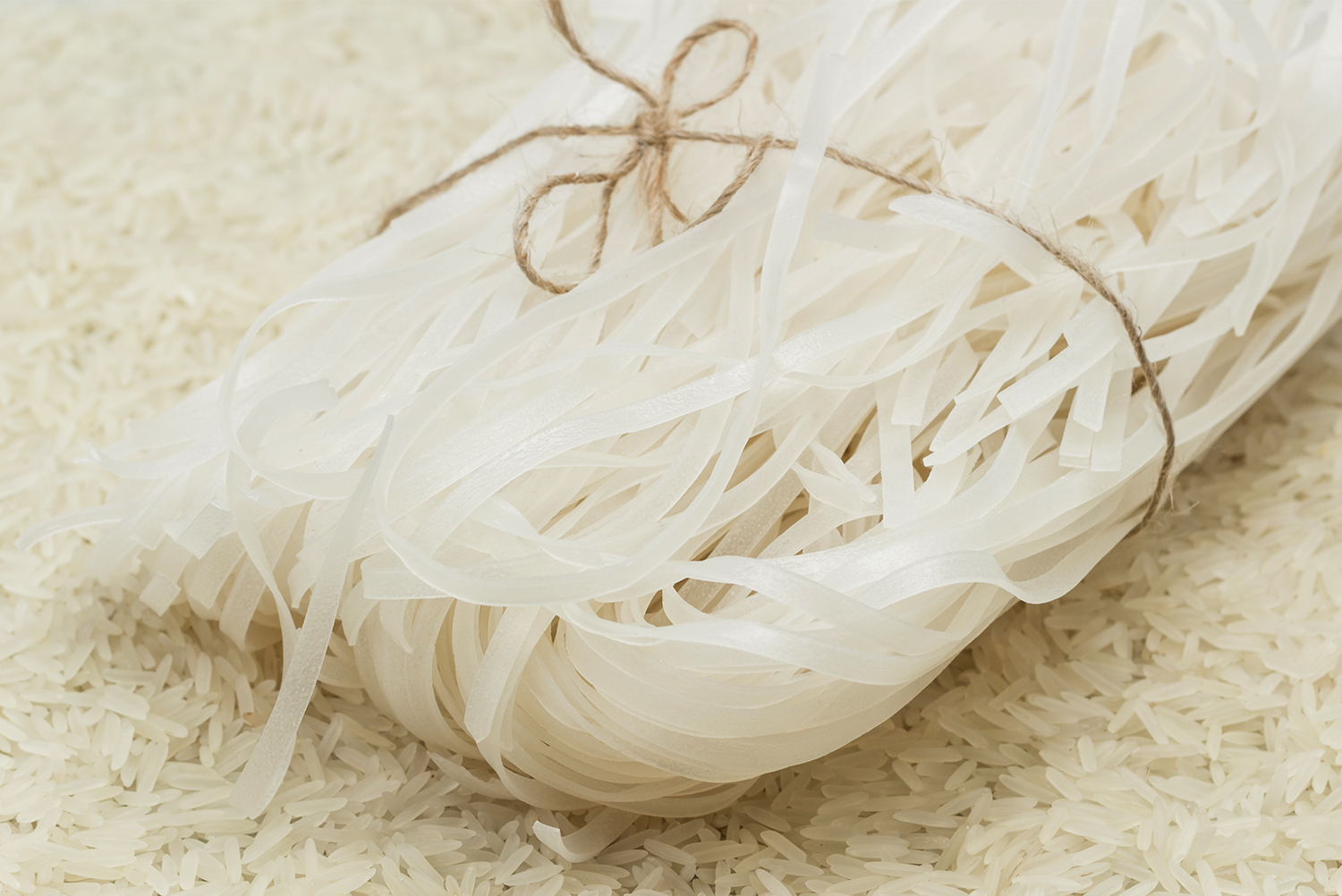 Whether you are eating at a Chinese, Thai, or Japanese restaurant, rice is the universal staple of Asian cuisine. It is no surprise that some cultures would make noodles out of it as well. Thing is, rice noodles don’t come in one form, but is available in a huge range of thickness and shapes.

Rice noodle variants range from the fresh, thick, and flat shaped rice he fen noodles that are used for stir-fry dishes such as Cantonese Chow Mein, or Thai Pad See Euw, to the dried, thread-thin, and brittle rice vermicelli used in many stir-fry and soup dishes. As is the case with many choices, the middle ground is often the best. In the case of rice noodles, it is the rice stick noodles that are commonly used to prepare Pad Thai.

Though made predominantly from rice, some commercially available rice noodle products might contain wheat starch or wheat flour. Buy well-labelled packages and examine the ingredient list carefully to be certain. 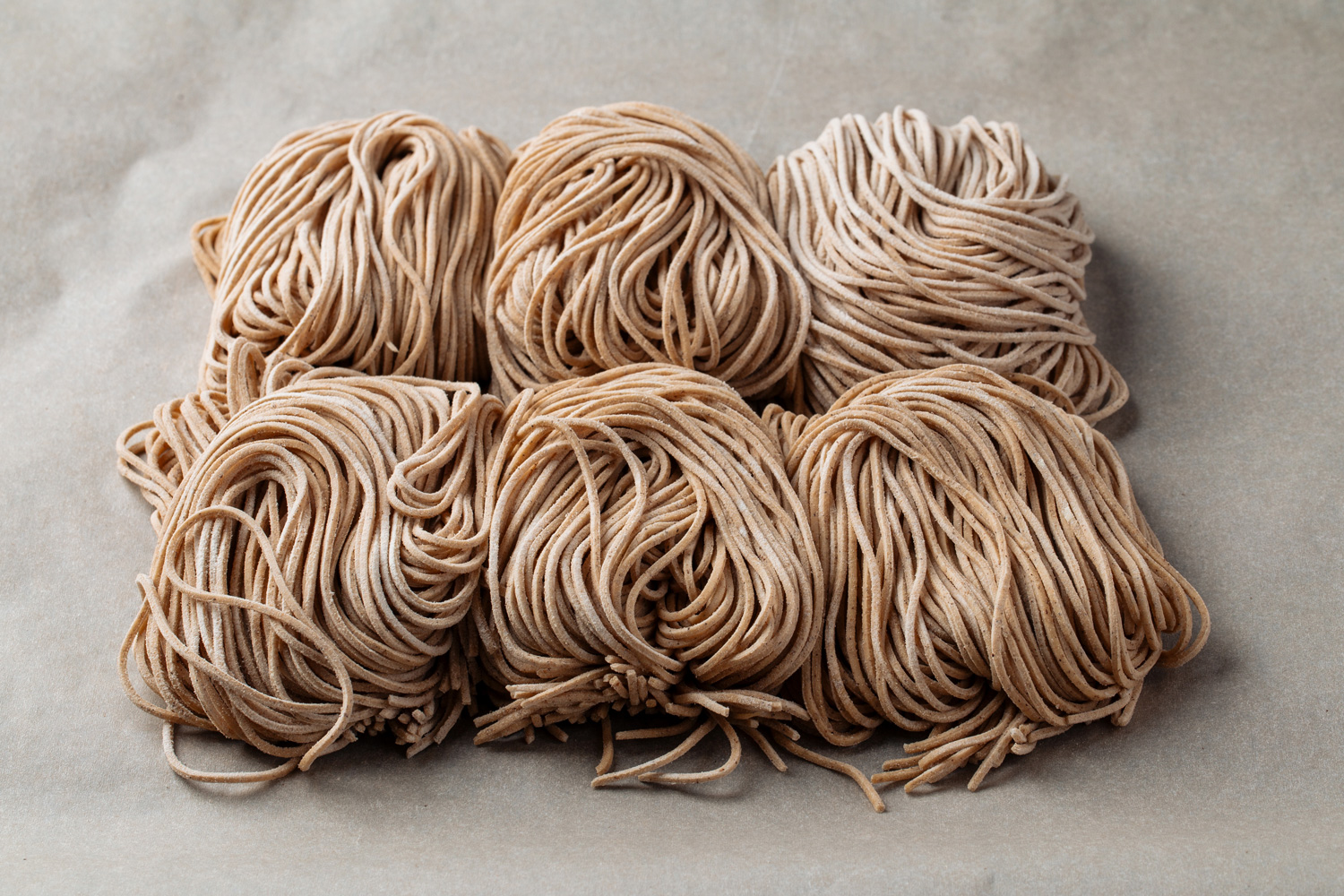 Don’t be alarmed by the word ‘wheat’ in buckwheat. Unlike wheat, buckwheat is derived from an entirely different group of foods. This makes buckwheat an attractive and healthy gluten-free alternative.

The Japanese soba noodle is the most popular and recognisable buckwheat noodle example. Light brown in colour and chewy, the soba noodle can be enjoyed in a soup, stir-fried, salad or even cold on a warm summer’s day.

The Koreans have their own version of buckwheat noodles, known as naengmyon, which combines buckwheat and sweet potato starch. Naengmyon literally means ‘cold noodles’, which explains what this noodle is mostly used for. Unlike soba noodles, its different ingredient make-up lends it a sheen and jelly-like appearance like that of cellophane noodles.

Be mindful that some buckwheat noodle packages available from the store, or dishes served at restaurants, may contain a percentage of wheat flour. Again, it pays to check the ingredients listed on its packaging. Likewise, always ask the restaurant if the buckwheat noodles served is gluten-free and made from 100% buckwheat. 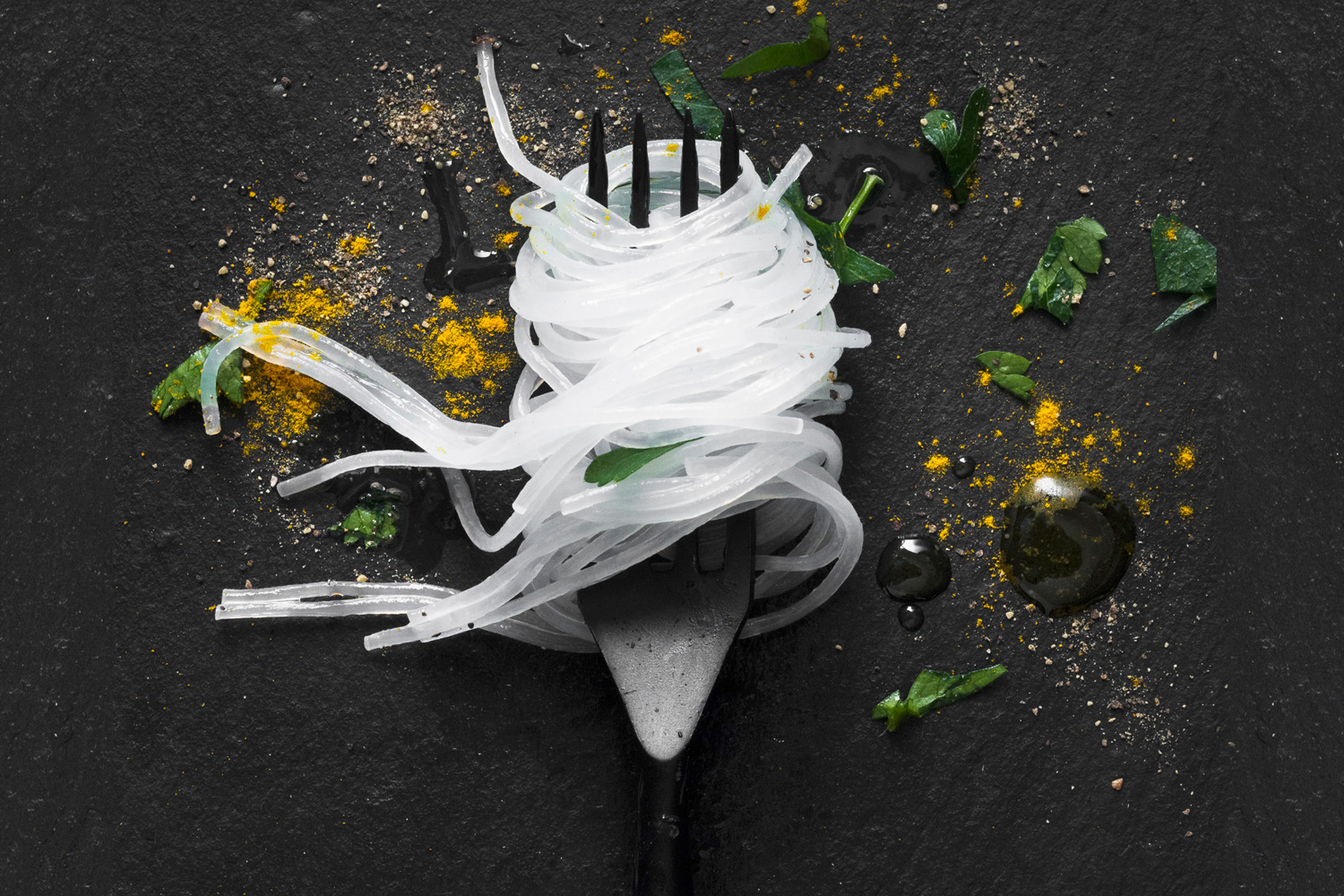 Avoiding anything made from flour altogether might be a good choice for gluten-sensitive individuals. In that case, cellophane noodles are just the alternative you are looking for.

Also known as starch-based noodles, cellophane noodles aren’t made from flour but from vegetable starches. These vegetables include mung bean, potato, and sweet potato. And there are plenty of variants available in Asian cuisine.

Perhaps the most popular cellophane noodle around is the glass noodle used in many Asian recipes. These translucent vermicelli sized noodles are made from mung bean. Though its flavour is neutral, its chewy texture and absorbent properties make it an excellent ingredient in many saucy dishes such as salads and spring rolls.

Korean and Japanese cuisine both have slightly thicker cellophane noodle variants known as the dangmyeon and harusame, respectively. Made from sweet potato starch, the dangmyeon is more commonly used as an ingredient in stir-fries. Harusame, made from potato or sweet potato starch, is often used in Japanese salad noodle dishes, though it is said to be not as absorbent as the glass noodle variety. 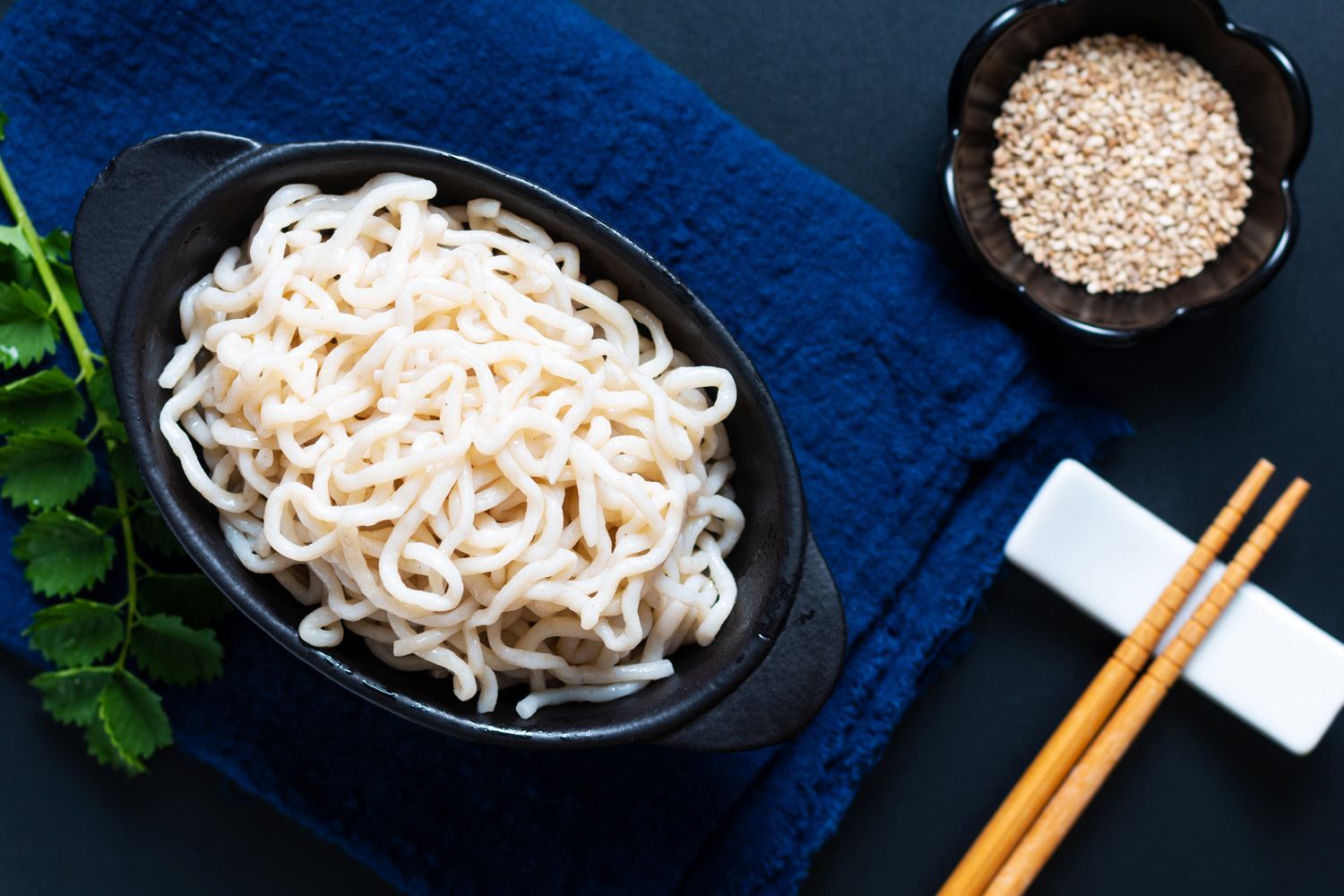 Rice, buckwheat, and starch are three of the most popular alternatives to wheat-based noodles. However, these aren’t the only ones as the widespread popularity and versatility of noodle have seen the creation of unique iterations.

Vietnamese cuisine has its own alternative to the wheat noodle, in the form of a chewy, translucent noodle made from rice and tapioca flour. These thick tapioca-based noodles are commonly served in Banh Canh noodle soup dishes.

However, when it comes to creating noodles out of the most unlikely of ingredients, the top honour goes to the Japanese. The Japanese have derived alternatives from tofu, kelp, and even the konnyaku plant.

Kelp noodles are said to be nutrient-rich and are virtually fat, gluten, and carbohydrate-free. Likewise, the konnyaku-derived shirataki noodle is composed mostly of water and water-soluble fibre with zero calories and devoid of gluten. However, while shirataki noodles are said to be an acquired taste, due to their strange smell and rubbery texture, some noodle makers have mixed it with tofu to create a more palatable and pasta-like noodle.

So don’t despair that gluten concerns will be bumping off noodle dishes off your menu. As you can see there is a wide and delectable world of alternative noodles out there for you to try. Explore these options, we are certain there is a noodle out there that you and your body would agree. 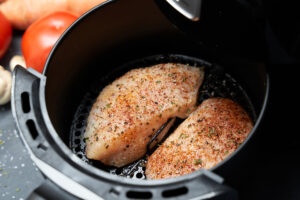 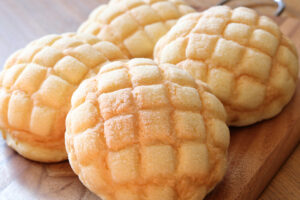 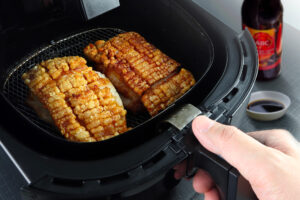