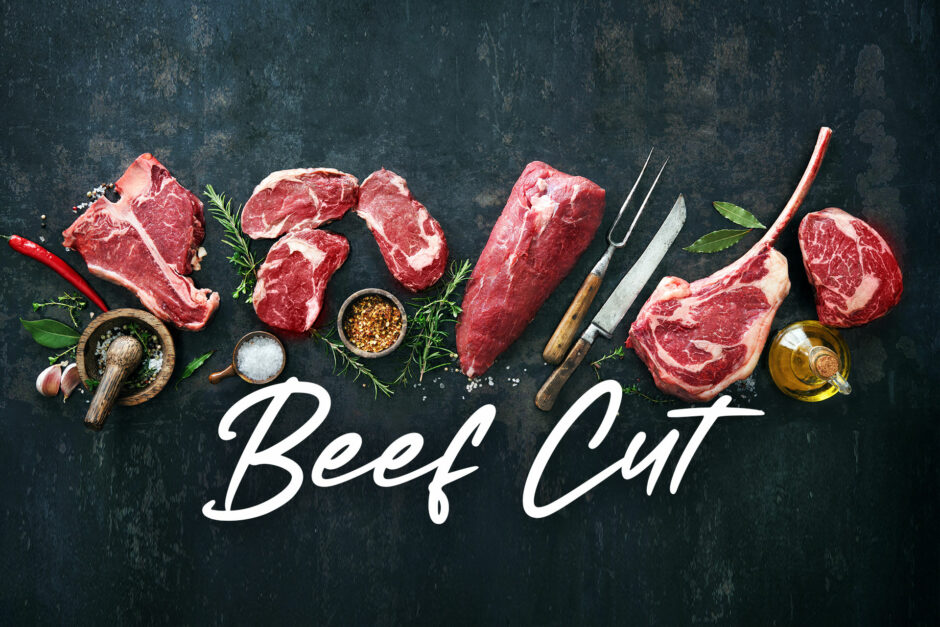 Australian beef is renowned around the world for its high quality. Produced from natural grass-fed cattle which gives the meat more robust textures, richer flavour, and higher levels of Omega 3 acids and linoleic acid. In fact, Australian beef is considered a ‘luxury’ meat in many Asian countries, priced much higher than local beef and served in classy restaurants.

Every beef cut has its characteristic texture and nuanced taste, best enjoyed in certain dishes. Here’s our delicious guide!

The lean facial cheek muscle has lots of connective tissue that holds its texture well and tenderizes when cooked in sustained high heat, releasing its yummy juices to blend with your seasoning ingredients. Amazing for braises, stews, curries and slow-cooked dishes. In this Chinese recipe, you don’t even have to marinade. Just put in the cheek with the assortment of aromatics, bake it in your oven, then slow-cooked in a pan. Season to your taste with salt and pepper, and it’s ready to serve. Best enjoyed with rice. 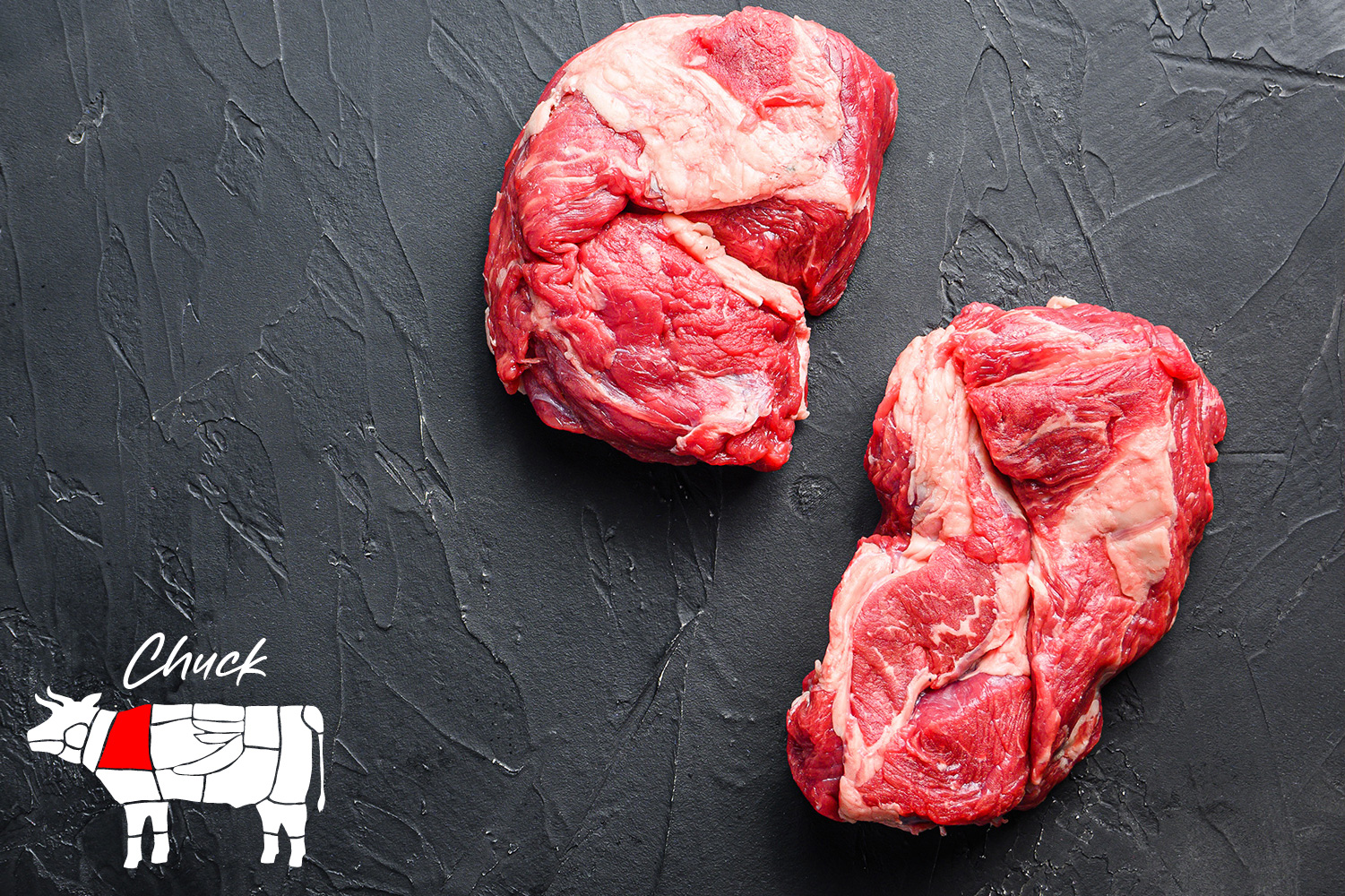 The chuck is made of multiple muscles, as well as a balance of meat and fat, giving it a tender taste and pleasing gelatinous texture. When slow-cooked, the chuck absorbs your ingredients in a harmonious blend, resulting in an enriched, wondrous flavour. Make it in zesty and umami in a Kimchi stew, or a creamy spicy Thai curry. 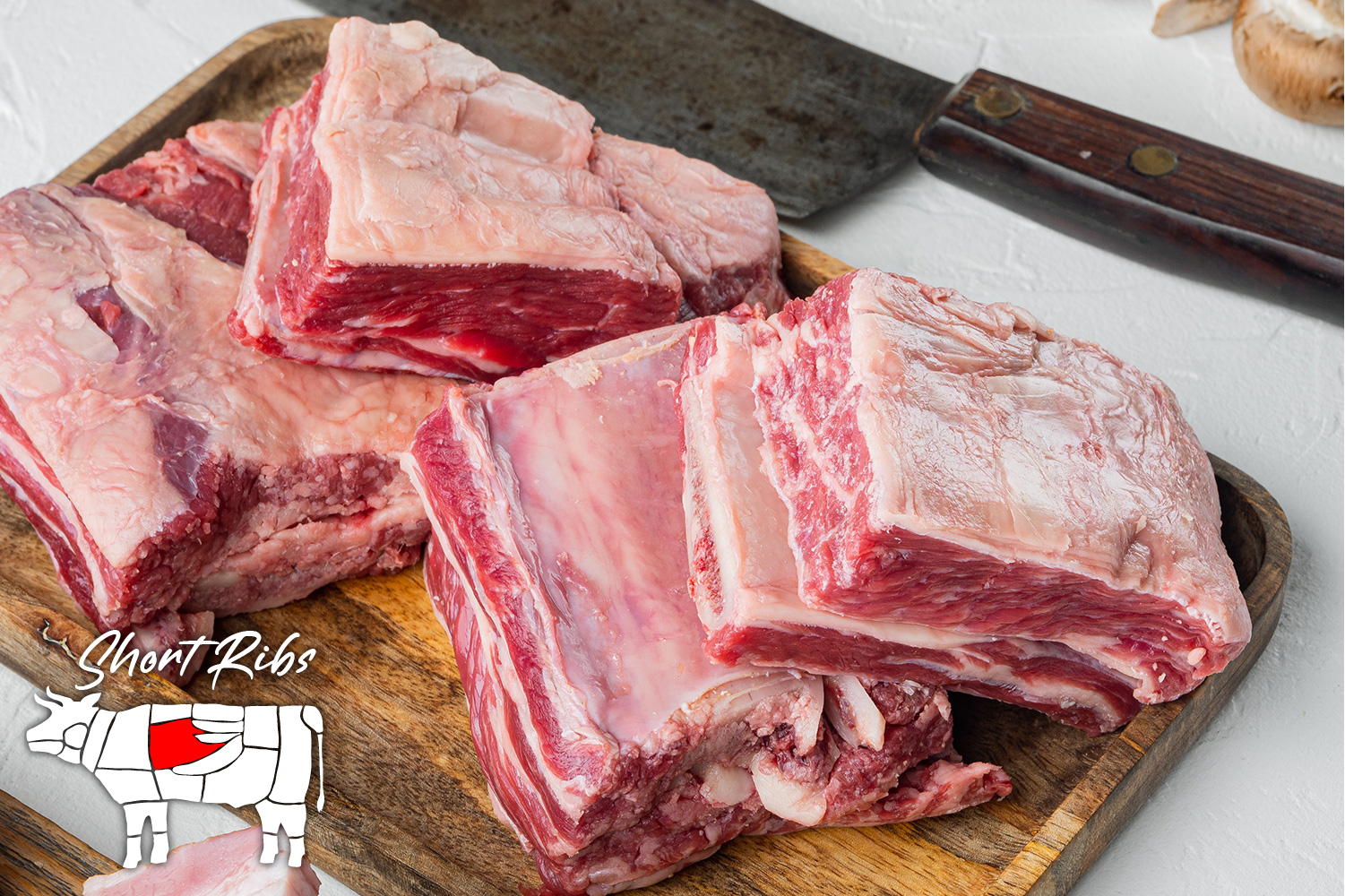 Layers of meat and fat with rib bones, taken from the forequarter part after the brisket is removed. Very tender-textured and packed with flavour. Delicious in roasts and soups. In this Korean grilled special, pear juice softens the meat, and the flavour-packed marinade enhances the aroma and taste. Or enjoy this marvellous soup by Chef Heather Jeong – the rib bone and meat’s flavours boiled into umami broth, matched with chewy sweet potato noodles. 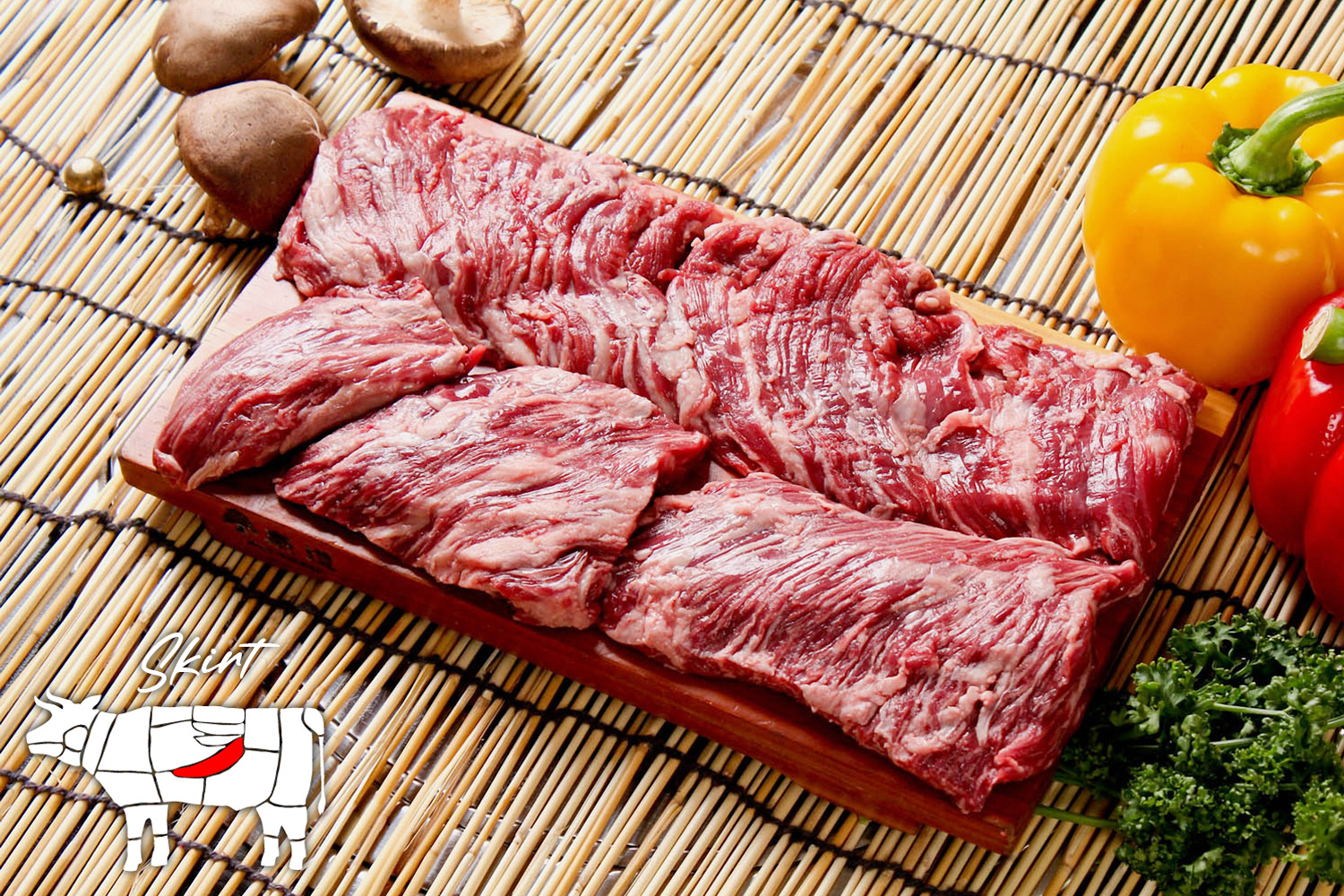 The skirt is from the inner abdominal wall below the ribs, with marbled muscles and chewy meat. Sliced skirts have flat wide surfaces that cook fast in high heat, which makes it wonderful to stir-fry with veggies. Also irresistible in this fiery and umami Korean soup!

The underside chest area between the front legs, brisket is a well-exercised muscle with plenty of connective tissue. Tender and chewy with a firm flavour when sliced and cooked. Similar to the skirt, briskets are also tasty in stir-fries like this simple Korean delight with crunchy bean sprouts; as well as soups, like the classic umami Vietnamese Pho.

The rump is the boneless five-muscled part between the sirloin and topside. Thick, meaty and tender. Delicious in stir-fries, but especially roasts. Cut it down to bite-sized cubes and marinate with green curry paste for this flavoursome skewered goodie. Or savour with creamy, spicy coconut gravy in this Thai beef jerky indulgence by Chef Mod. 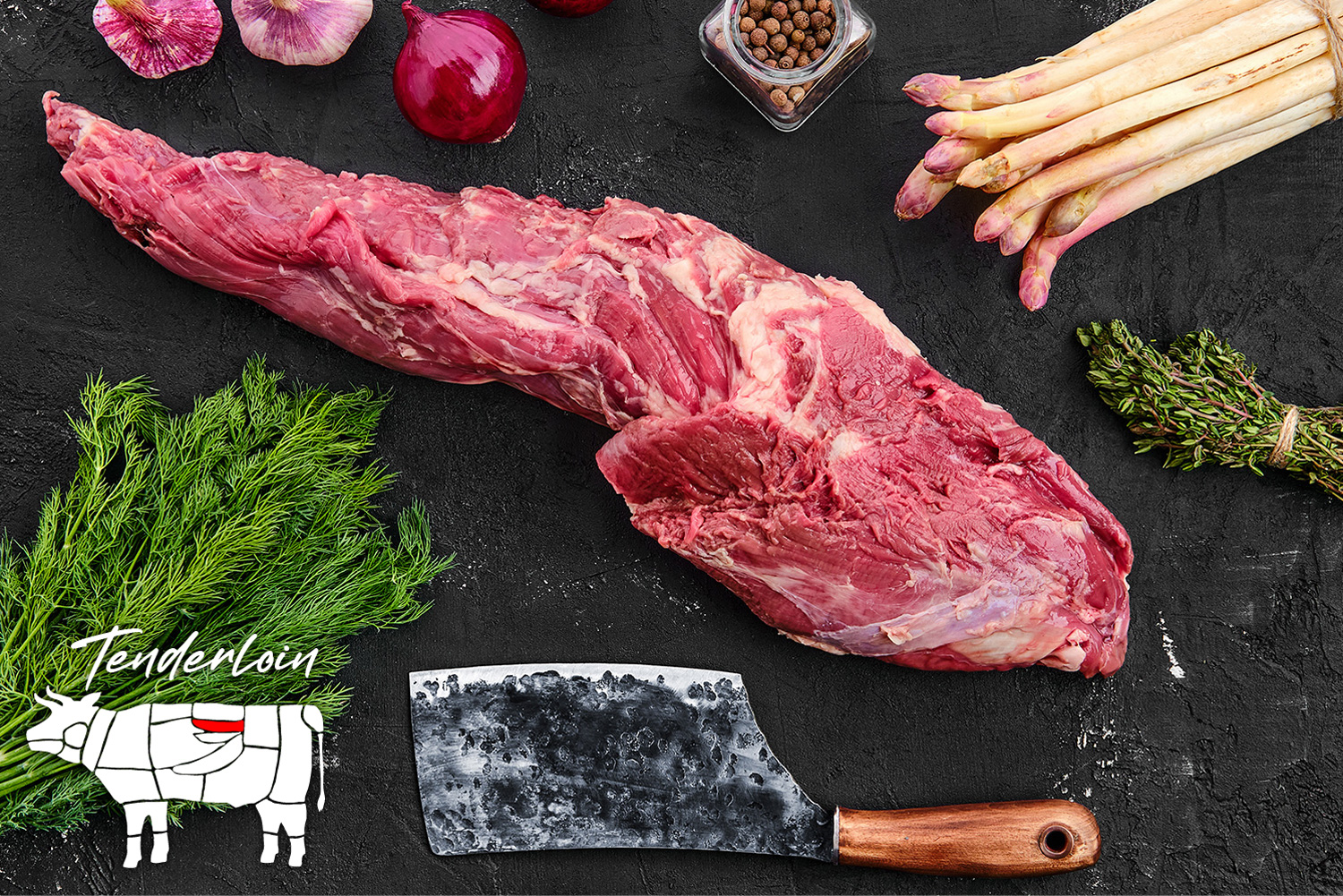 Literally named for its soft, alluring texture, the tenderloin is a long and lean muscle, most commonly cut for steak fillets. Savour it sliced in this warm and yummy Thai soup special with flat rice noodles, flavoured with fragrant lemongrass, galangal, cinnamon, peppercorn, soy sauce, garlic, star anise and palm sugar. Or, trim off the fat and tendons, cut into cubes, then pan-fry with ponzu sauce, white wine, black pepper and garlic – for a sumptuous and classy Saikoro steak. 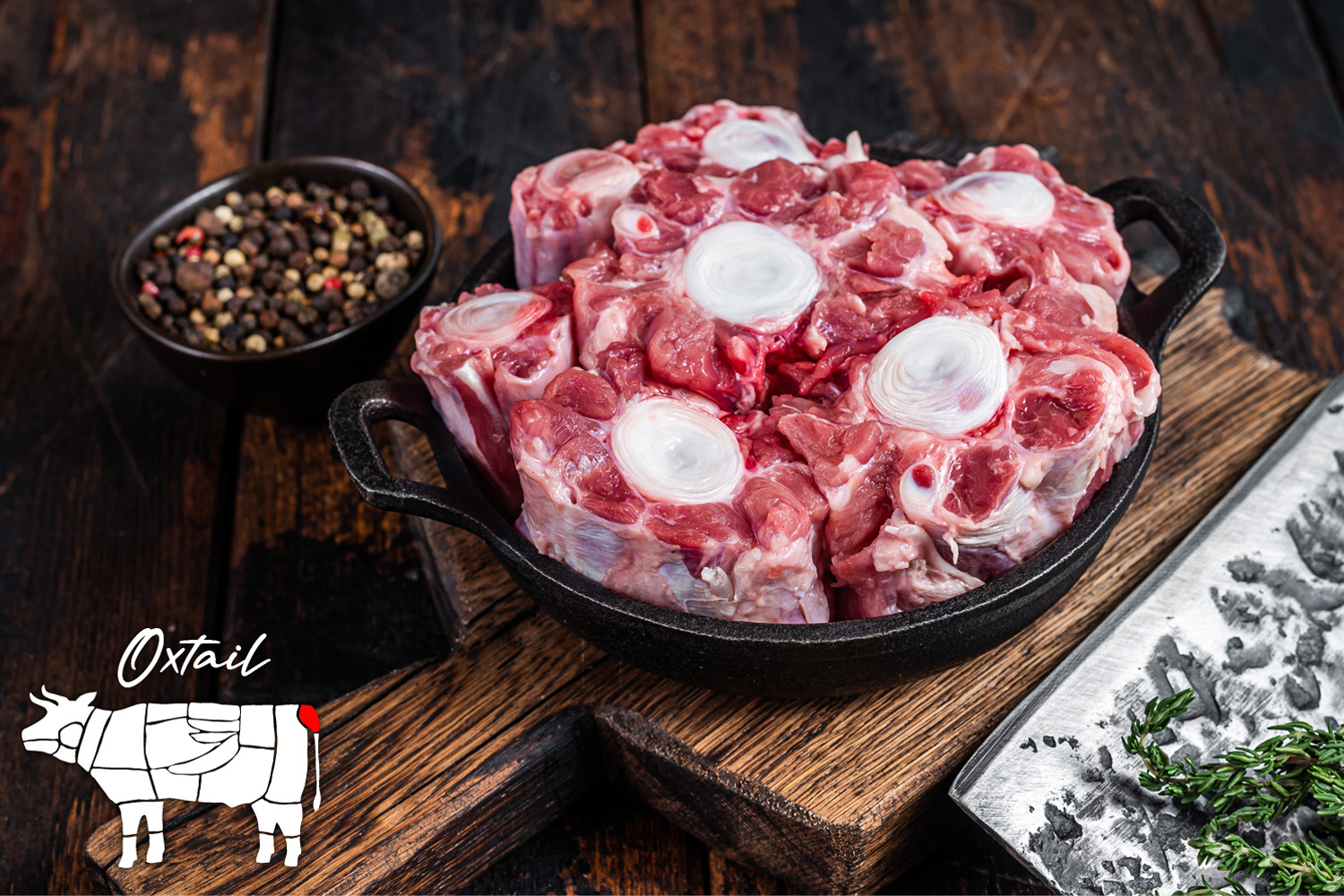 Oxtail is the short joints cut from the base of the spine, with the fat trimmed and the last 2-3 tail bones removed. When slow-cooked, the meat ‘melts’ into a creamy soft texture and the bone releases a rich, full-bodied flavour. Perfect for soups like this easy to prep Korean comfort delight. No extra oil is needed. The natural residue fat dissolves into the umami broth for maximum flavour! 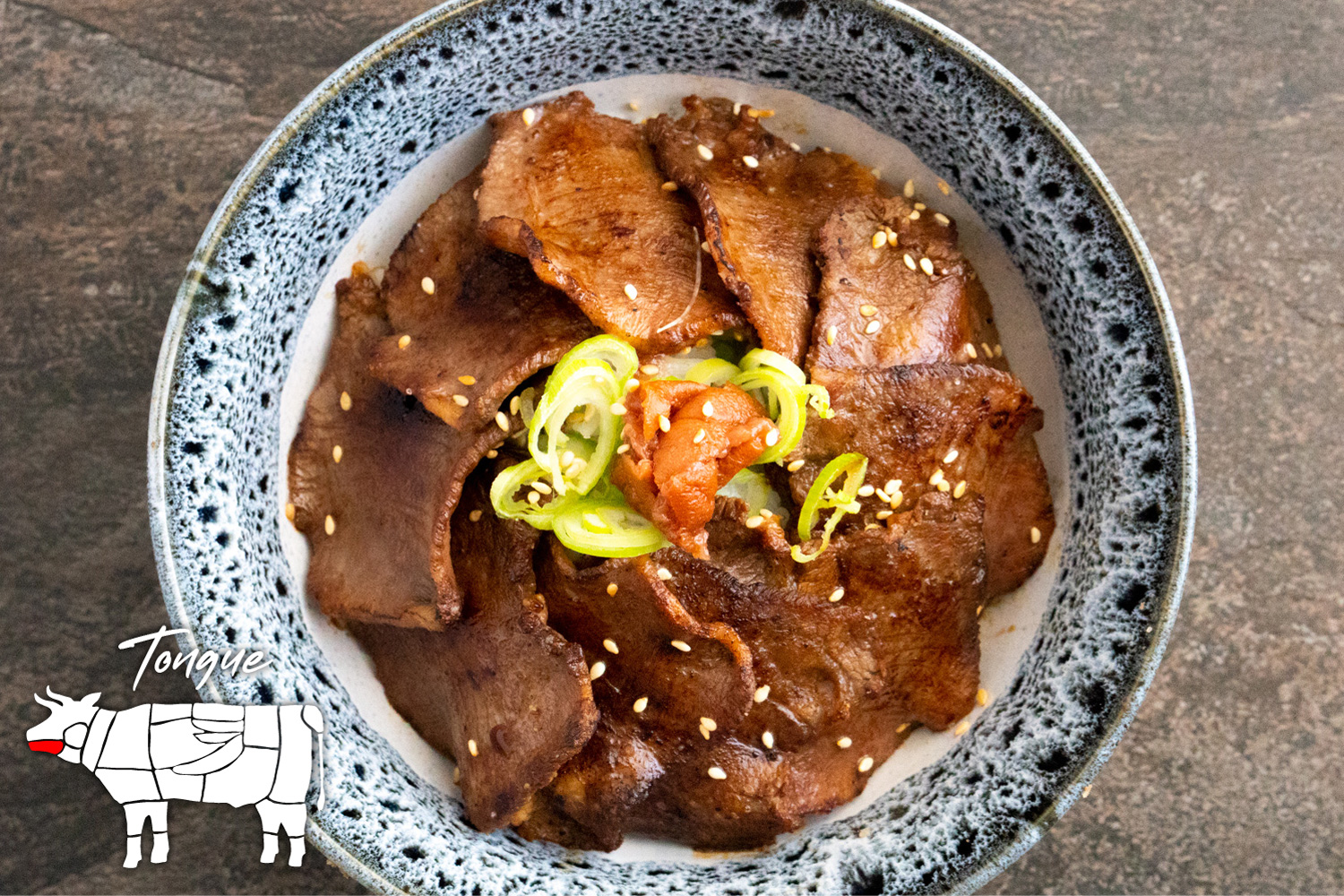 For Asians, all parts of a feed animal from nose to tail have their culinary uses, and traditional ways to cook and enjoy them. Even tripe and yes, the tongue, is edible. In fact, Sendai city in Japan’s Miyagi prefecture is famed for grilled beef tongue. Want to try it? Come discover the unique umami Gyutan Don – super simple to cook!