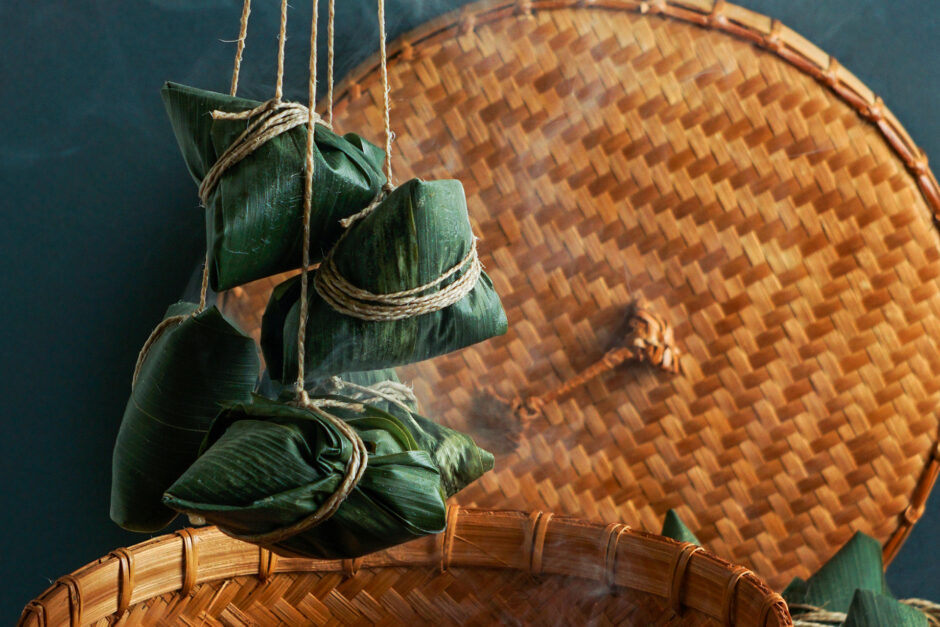 Every year, during the late fourth month of the Lunar Calendar, Zongzi would begin to fill Chinese pastry stalls, bakeries and diners. And as the Dragon Boat Festival approaches, held on the fifth day of the fifth month, traditional households too, would make their own Zongzi unique to their family recipes. Although it’s also enjoyed year-round as a yumcha/dimsum snack, the Zongzi holds a special significance for the festival, better known as Duanwu in Chinese. 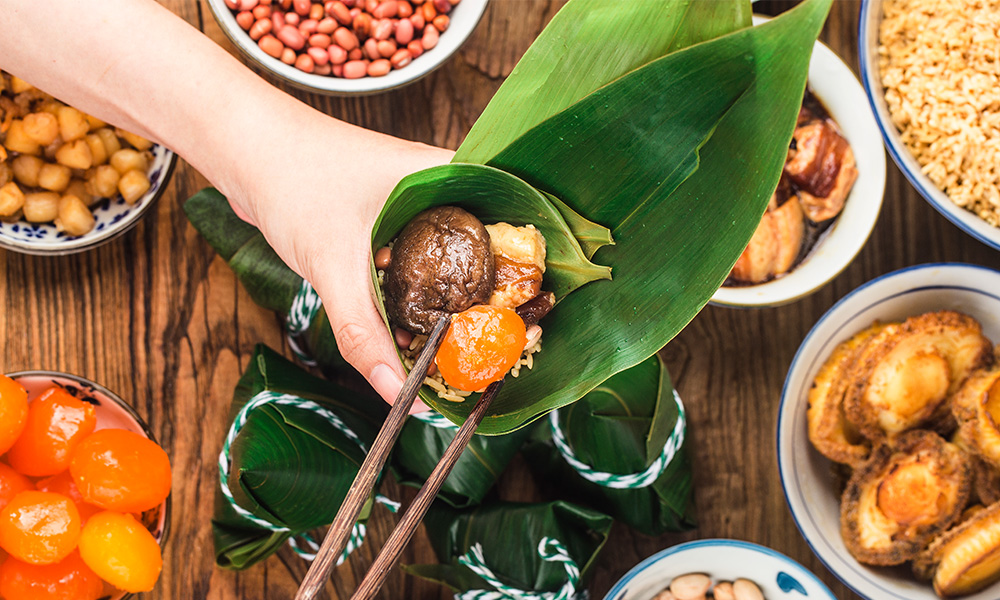 Hot and fresh from the steamer, Zongzi are glutinous rice dumplings with a subtle yet appetizing smoky aroma – thanks to the bamboo leaves or reed leaves they’re wrapped in. They come in various sizes, and commonly in rounded tetrahedron or pyramid shapes. They can also be kept in the fridge for up to a week, and re-steamed to eat. Some Chinese families enjoy them throughout the month after the festival day.

The History of Zongzi & Duanwu Festival 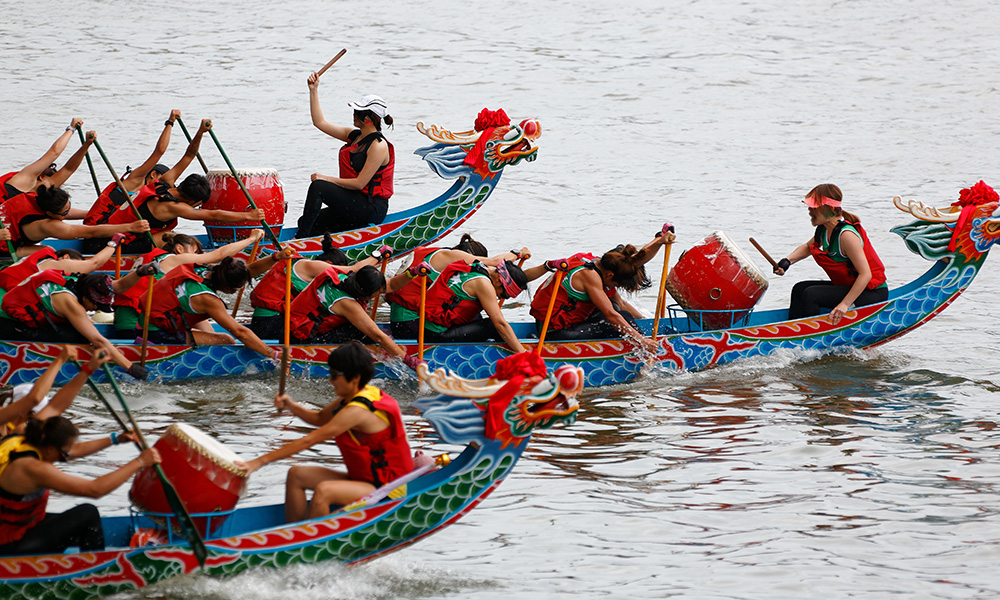 Although the Zongzi is most associated with Duanwu festival, its origin actually stretches back to the earliest agricultural settlements of ancient China; when families would make and enjoy them for lunch or daytime snacks, in between working their farmlands. As such, the Zongzi can be considered one of the world’s oldest fast foods. However, it was the poet minister Qu Yuan from the Chu Kingdom of the Warring States Period, who eventually made the Zongzi widely popular.

The legend tells of the scholarly and patriotic Qu Yuan, who dedicated himself to the betterment of Chu, and ultimately gave his life. At the time, the imperialistic Qin Kingdom was growing stronger. As the Chu king’s chief advisor, Qu Yuan vehemently disagreed for Chu to ally with Qin, warning that Qin would betray such a deal, and take Chu by force. But the king took offense and exiled Qu Yuan from the court.

Within a few years, however, Qin conquered Chu along with the other kingdoms in a brutal military campaign. Qu Yuan, in his great sorrow for his homeland’s destruction, jumped into the Yellow River and ended his own life. His deeds and virtues were well-known among his people, thus they rowed their boats along the river in the hope to rescue Qu Yuan. When they failed, they threw leaf-wrapped rice dumplings into the water, so the fish would eat them instead of his body.

Tragic though it was, Qu Yuan’s death also coincided with the Duanwu Festival, which celebrates the summer solstice, with the myth of a divine dragon reaching the sky’s apex in its majestic flight. And so, Qu Yuan’s patriotism was incorporated into the festival, the people’s boat rescue attempt eventually turned into the annual Dragon Boat Race, and the Zongzi became the must-have celebration food. 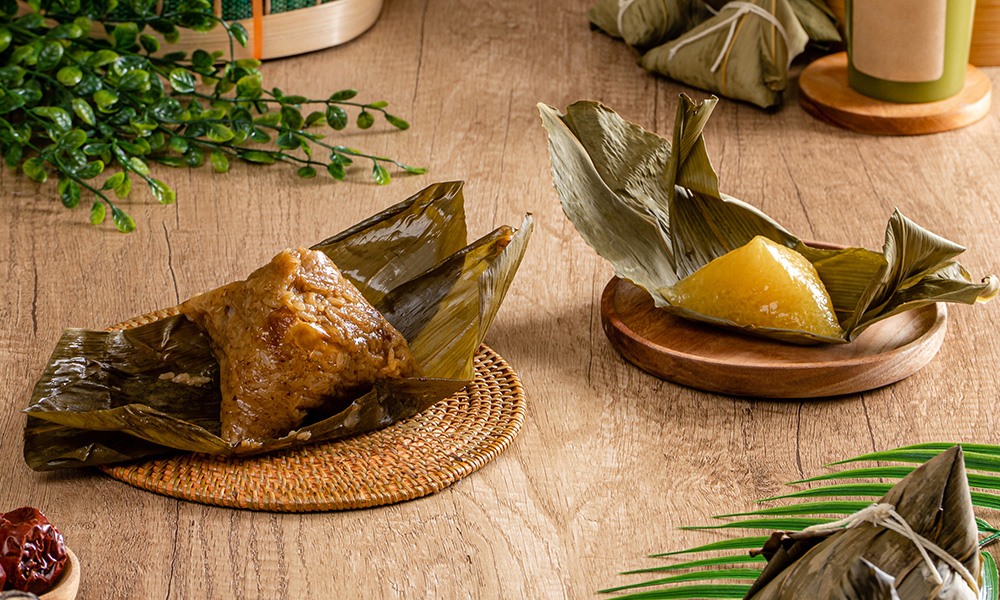 Traditionally, Northern Chinese Zongzi tend to be sweet with jujubes, red bean paste or dried fruit; while the Southern flavours are savoury with pork and seafood fillings. The most ‘basic’ Zongzi is the Cantonese Gansuijong: sticky rice cooked with alkaline water, resulting in a firm shape and an amber hue. Plain on its own, and enjoyed with a sweet syrup dip, or kaya among Southeast Asian Chinese.

Zongzi has long since spread beyond China, and a plethora of flavours have also emerged among the Chinese diaspora around the world. Want a taste? Here are some common flavours for you make and enjoy at home. 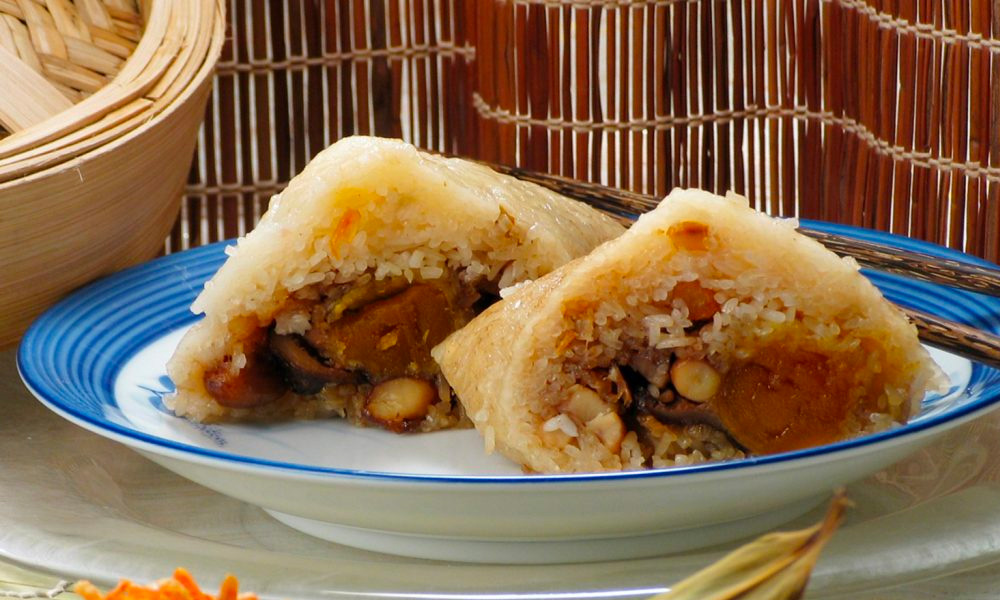 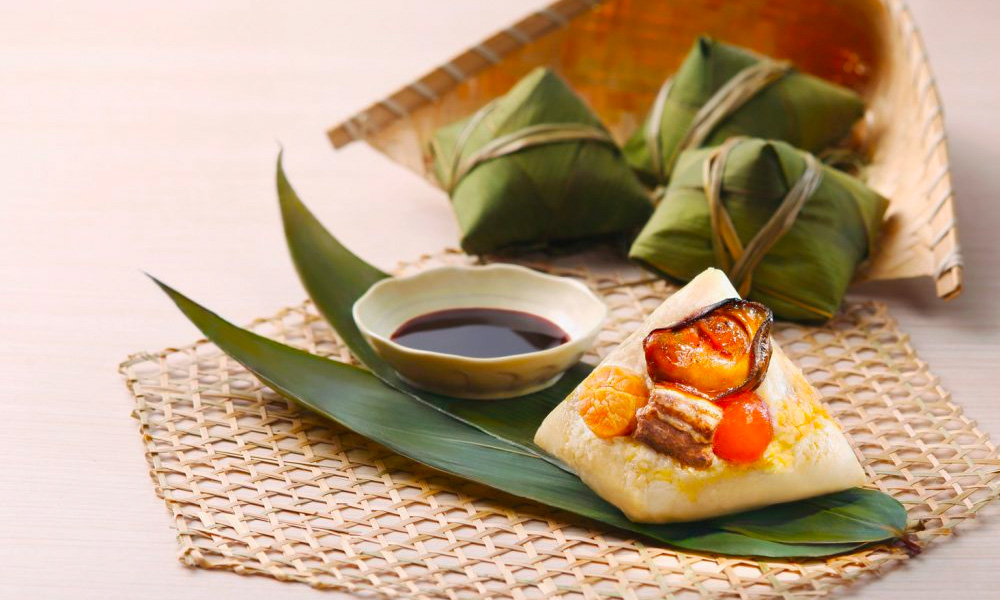 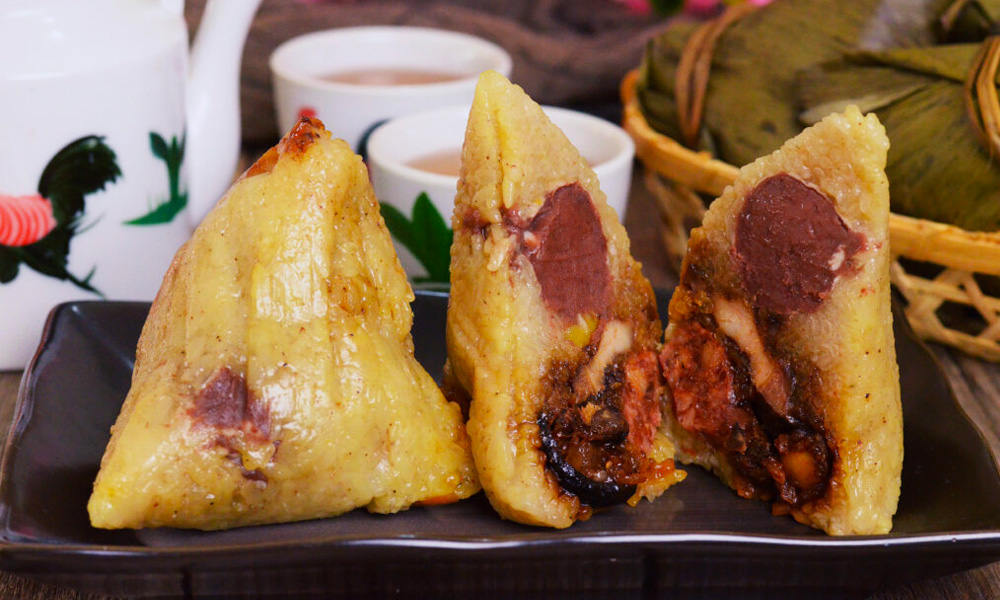 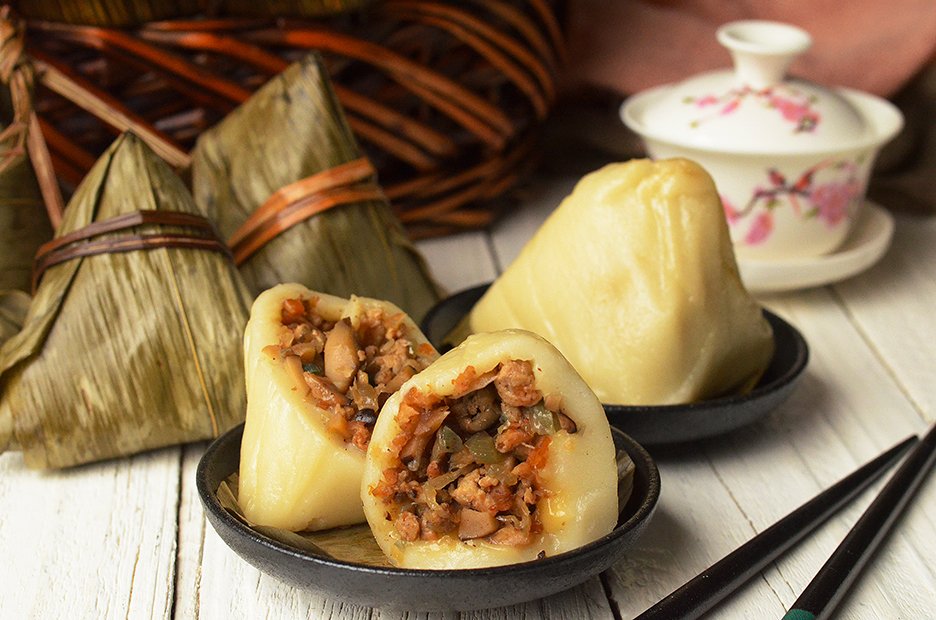 Taiwanese Hakka cuisine loves strong, savoury flavours and pleasing textures. While other Chinese cuisines also feature dried shrimps, Hakka cooking incorporates it into almost every dish. Besides the leaf-wrap, their variant of Zongzi also comes in a tender dough skin, and the glutinous rice is filled with pan-fried pork mince and dried shrimp for a bracing umami taste. Try it with our authentic recipe. 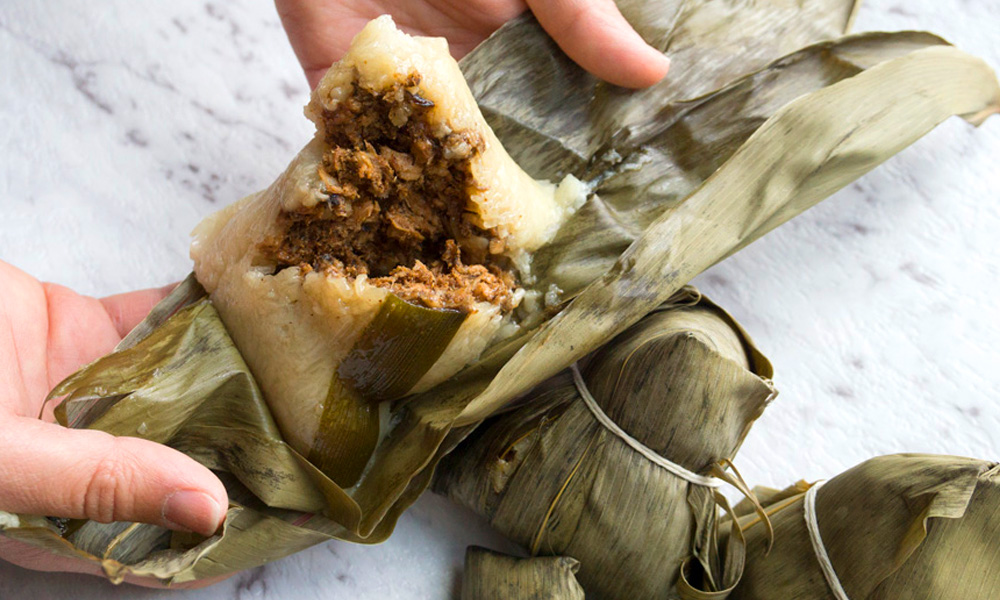 Nyonya is a unique Malaysian culture that blends Chinese and Malay traditions, and you can absolutely taste it in the complex flavours of their cuisine. Instead of bamboo or reed leaves, the Nyonya Zongzi is wrapped with sweet-fragrant pandan leaves. The filling combines the deep savoury taste of marinated pork and shiitake mushrooms, with the sweetness of dried winter melon. The glutinous rice is flavoured with salt, sugar, and shallots for a nutty aroma. Wonderfully umami in every bite. Come watch how to make it with Chef Karen Chan. 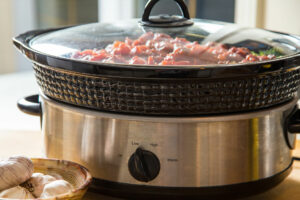 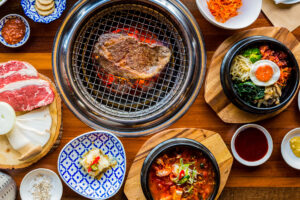 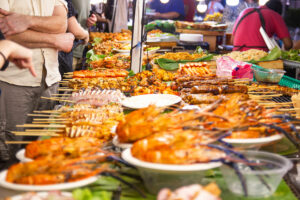