Wasabi is a plant that belongs to the Brassicaceae family, which includes mustard, horseradish, broccoli, cauliflower and cabbage. Its stem has an extremely pungent flavour like mustard and chilli but instead of giving a “burning” sensation on the tongue, it stimulates the olfactory senses, releasing vapours that affect nasal passages. 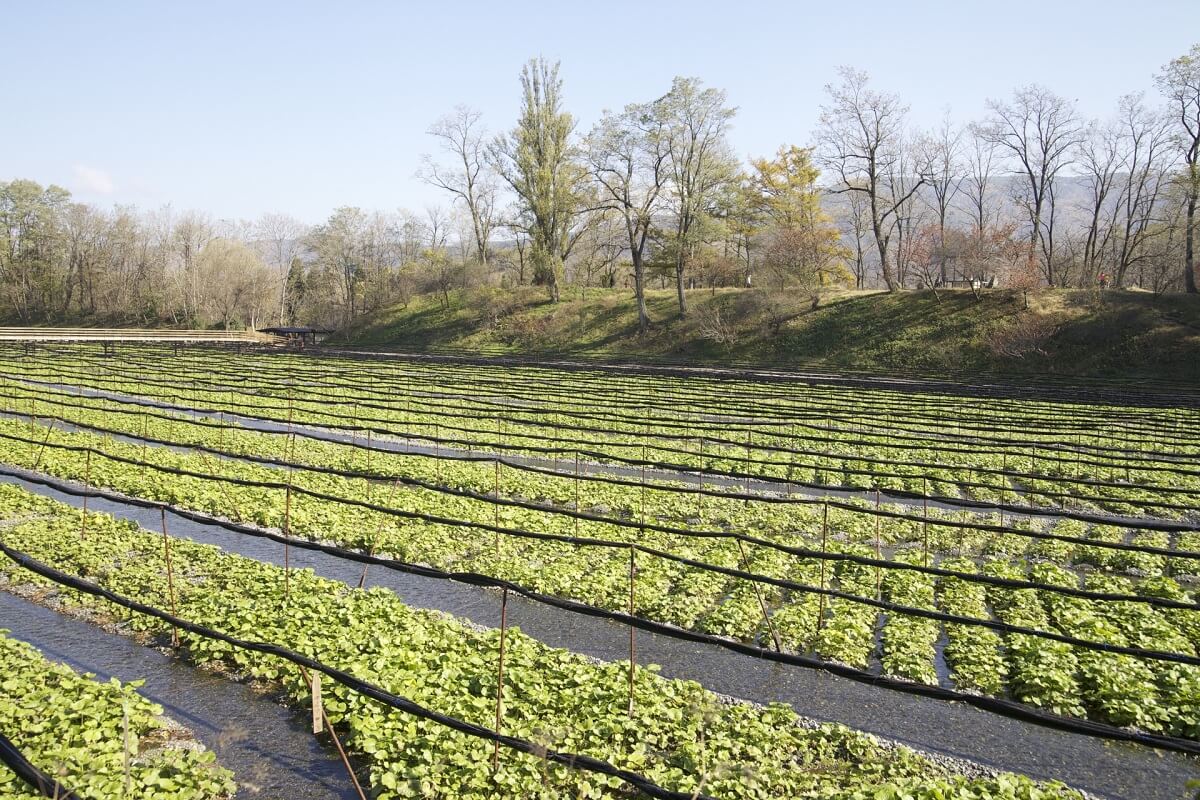 Wasabia japonica is believed to be native to Japan. It grows wild in relatively cold clear water streams in Japan’s Northern mountainous regions. It is believed that it has medicinal benefits in ancient records dated back to the 10th century. It was then served in vegetarian wasabi dishes in Buddhist temples from 11th to 15th century and gradually became a staple of Japanese food culture when full-scale wasabi cultivation began in 1774 in the Amagi area of Izu.

It is believed that wasabi has anti-microbial agents that is effective in suppressing microbes and bacteria that can cause food poisoning and was introduced into the raw fish diet for its properties. Other studies suggested that potential health benefits of wasabi also include inhibit forming of blood clots, acts as antioxidants, anti-cancer agents and reduces diarrhoea.

The food culture has changed over the centuries and has gone beyond traditionally serving wasabi with sushi and sashimi. Wasabi is now served with steak, burger, mash potatoes, grilled chicken or simply adding it to mayonnaise dressings to give it a little “punch”.

For more ideas and recipes, click on the images below: