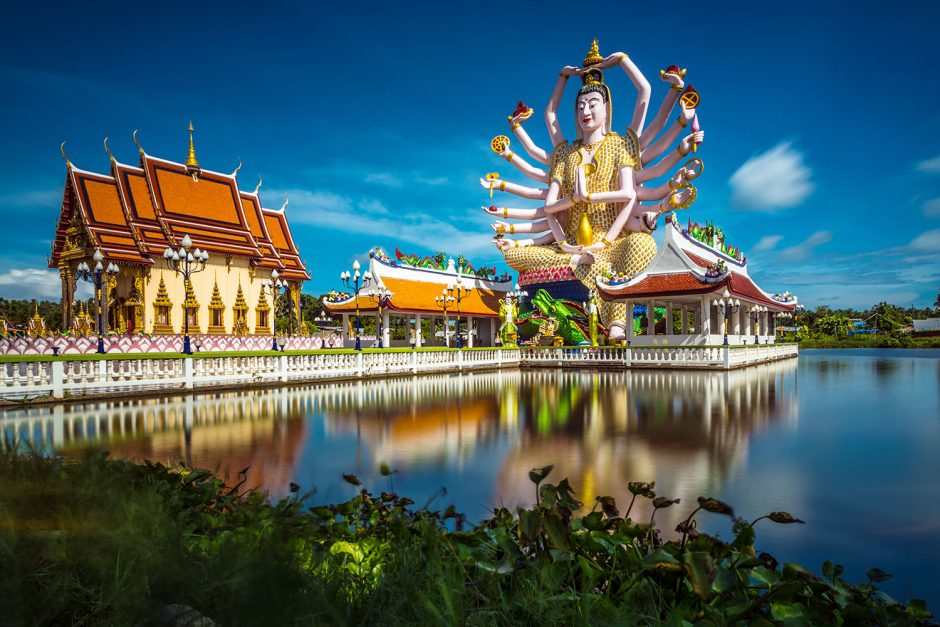 Shaped by the influences of several Asian cultures over many centuries, it is unsurprising that the Moon Festival is also celebrated in Thailand, where the largest ethnic Chinese community outside of China resides. Although it is regarded as a “Chinese” tradition, Thailand’s Moon Festival has a slightly different take on the festival’s mythos.

Praying to Guanyin and the Eight Immortals

Just as it is in China, Thailand’s Moon Festival is held on the 15th day of the eighth lunar month. On this day, households will set up statues to Guanyin Bodhisattva and the Eight Immortals of Chinese-Taoist mythology on an altar, and present offerings of peach-shaped cakes and moon cakes. People believe that the Eight Immortals will bring these cakes to the moon, where they will celebrate the birthday of Guanyin, who is also known as the “Goddess of Mercy”. Folklore has it that after these celebrations, Guanyin and the Eight Immortals will bless the people on earth.

Festival of Snacks, Treats, and Lights

Like their Southeast Asian neighbours, the Moon Festival is also a time for families and friends to get together. Families often celebrate the occasion by exchanging mooncakes, which come in a huge variety of fillings and flavours. Thanks to the huge variety of food in Thailand, the mooncakes in Thailand are known to feature unique combinations that aren’t seen elsewhere in the region. One can find mooncakes with filling made from durian, chestnut or persimmon in Thailand.

Besides mooncakes, families would also give pomelos as gifts. This enormous fruit, which tastes similar to grapefruit, but without its sourness and bitterness, is highly prized in Thai cuisine and is said to symbolise reunion and family gathering.