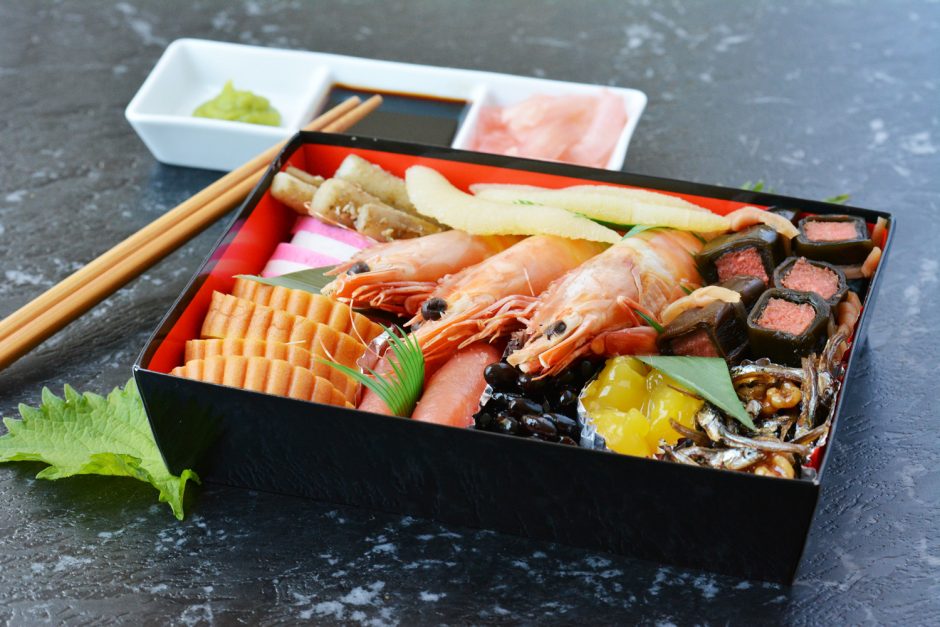 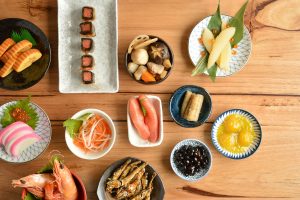 The Osechi Ryori is considered an essential part of Oshogatsu (New Year) as it is regarded as the most important meal of the year—each dish serves as well wishes for the coming year.

Japanese culture is steeped in over a thousand years of tradition and protocol. The food served during their festivities are no exception – ingredients, preparations and even colours each has their own story.

Oshogatsu (Japanese New Year) is celebrated in early January. It is one of Japan’s most important festivities – people would return to their hometowns to spend time and celebrate the coming of the New Year with their extended families. They would also make their first shrine visit of the year together to pray for a good year ahead.

Beautifully presented and compartmentalised into layered lacquered boxes, signifying the multiplying of happiness and prosperity, the Osechi Ryori is considered an essential part of Oshogatsu as it is regarded as the most important meal of the year- each dish serves as well wishes for the coming year.

Cooking is prohibited during the Japanese New Year. Thus, all the dishes in the Osechi Ryori are made on the eve and can be preserved for a couple of days so that the housewives can relax! Learn how to make your very own Osechi Ryori now. 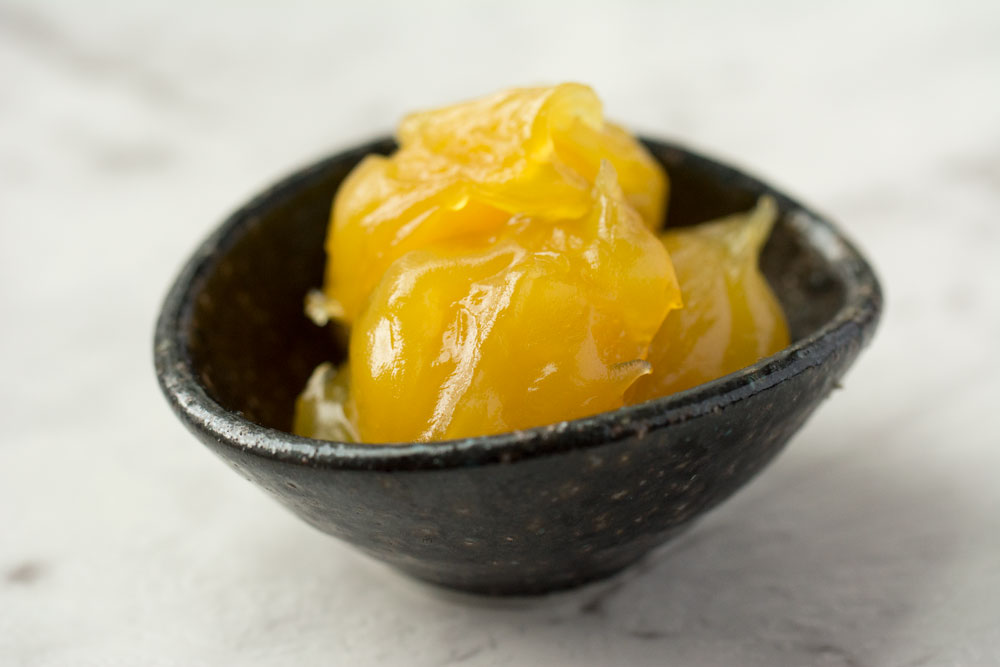 The sweet, creamy and sticky texture of the sweetened chestnuts and sweet potato is similar to that of a jam. As the colour of this dessert is yellowish-gold, it represents hope for wealth and good fortune. 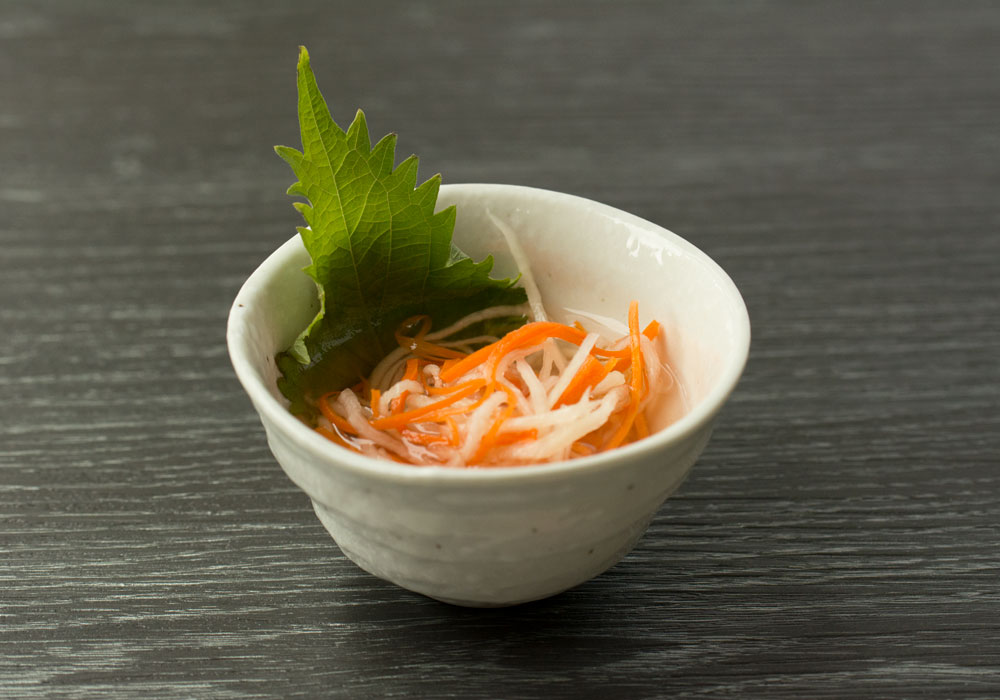 The Kohaku Namasu is a simple cold salad that’s refreshing and slightly tangy. Kohaku means red and white, colours typically associated with the celebration in Japan. Hence, this dish symbolises one’s wishes for happiness and celebration. 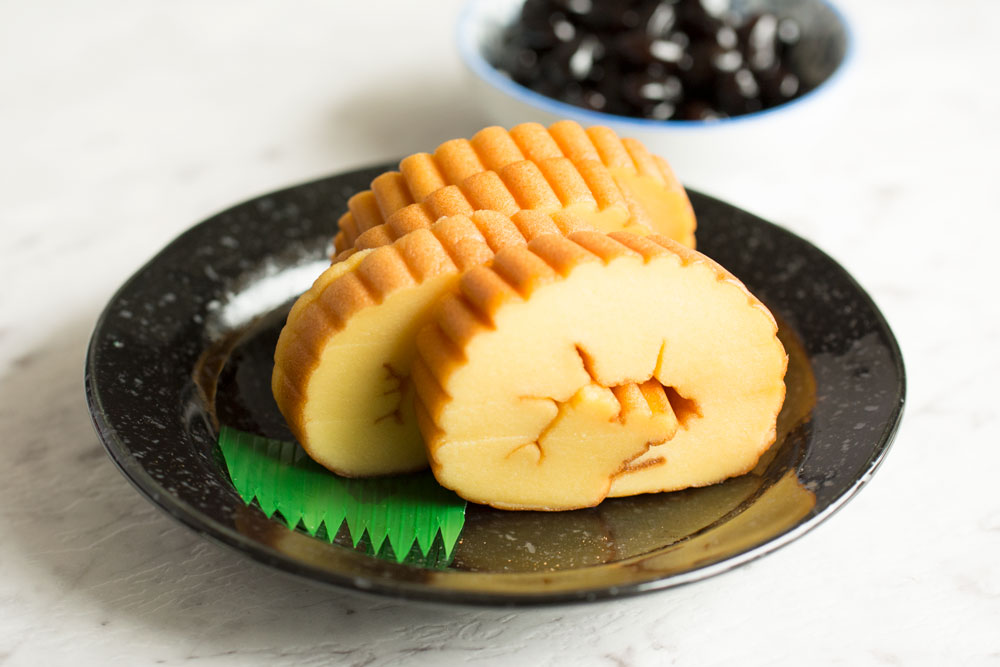 The Datemaki has a distinctive fluffy, sponge-like texture. Due to its resemblance to the scrolled papers, the dish is said to represent a wish for the development of culture and learning. 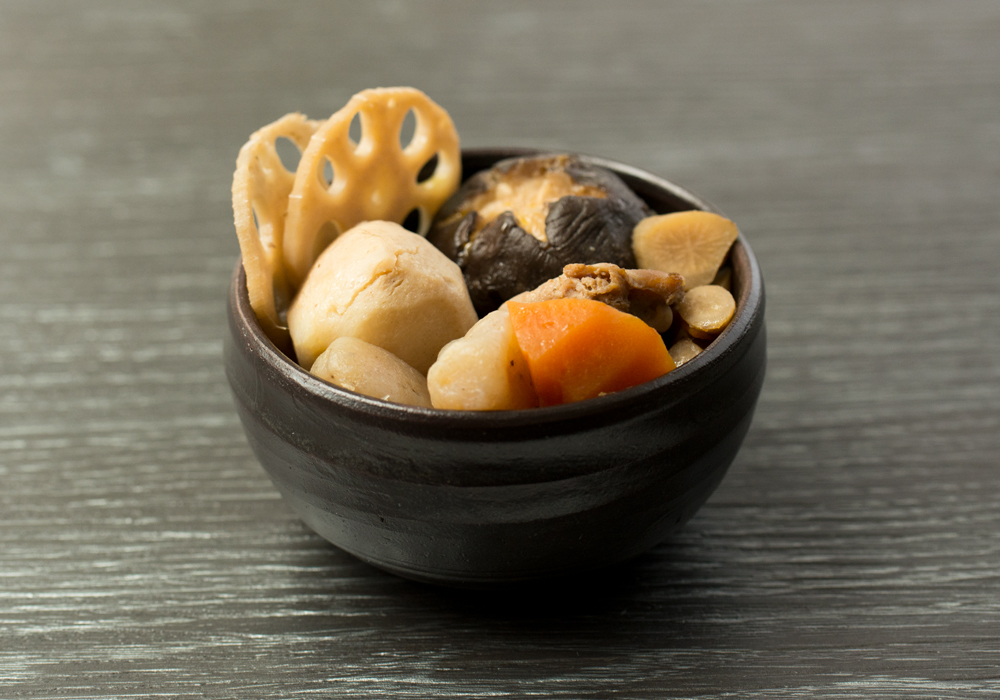 Chikuzenni is a humble one-pot dish with chicken and a variety of vegetables boiled in broth with soy sauce and sugar. The sliced lotus root in the dish symbolises good foresight because of the ring of holes that run through the root. 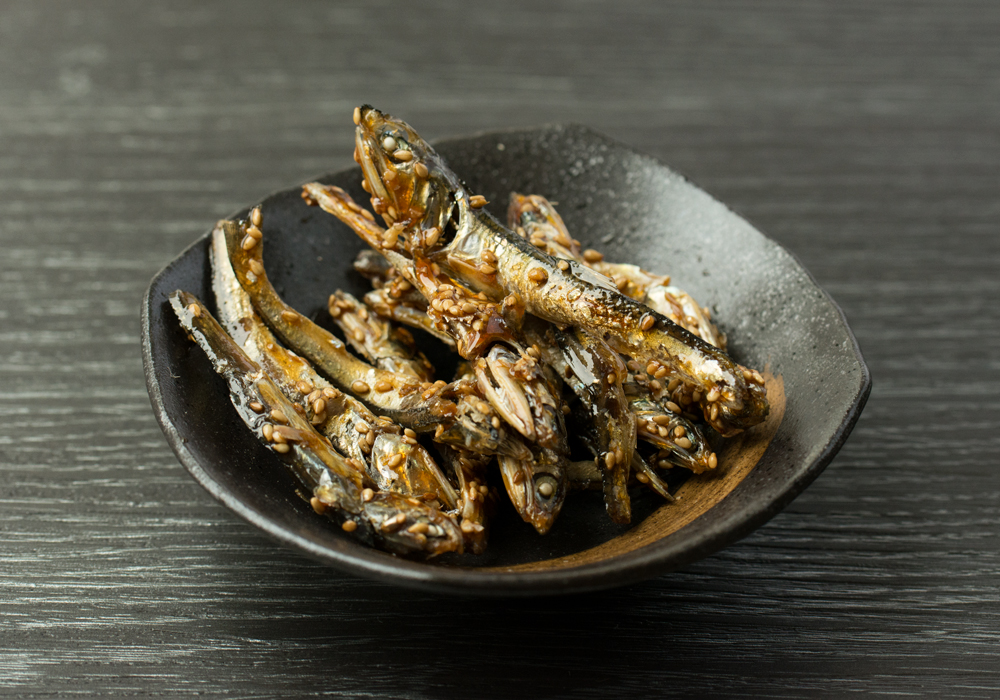 Made of roasted baby sardines coated in caramelized soy sauce, the Tazukuri signifies bountiful harvests, as the Japanese traditionally used fish as fertilizer in their rice fields. 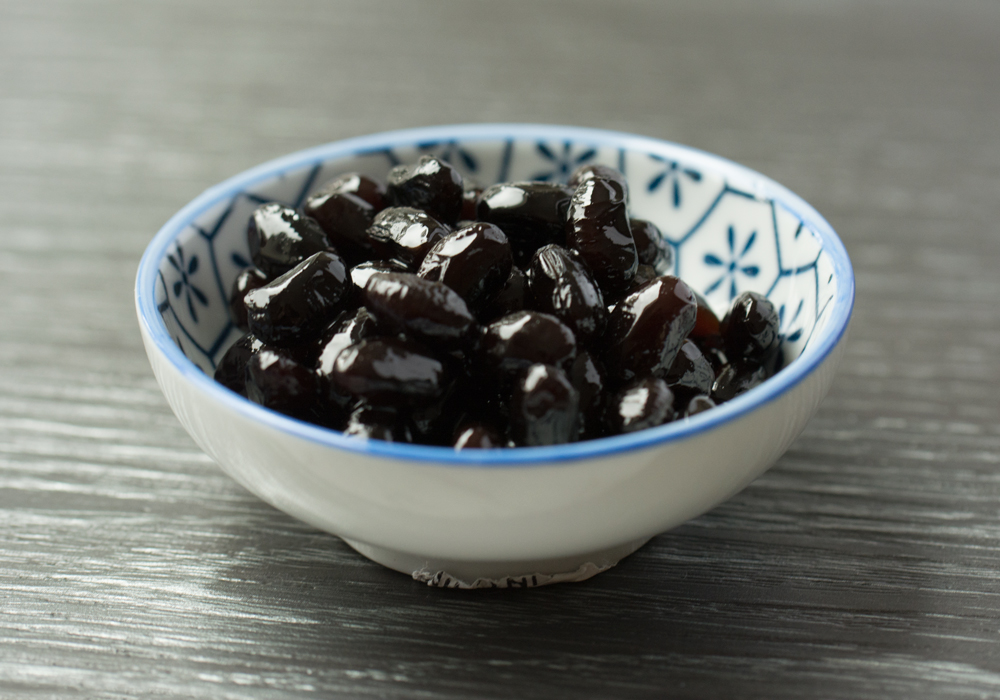 Kuromame is a dish of sweetened black beans that have been cooked for three days. It symbolises the wish for good health and the ability to perform productive, hard work — a tenet of Japanese culture. 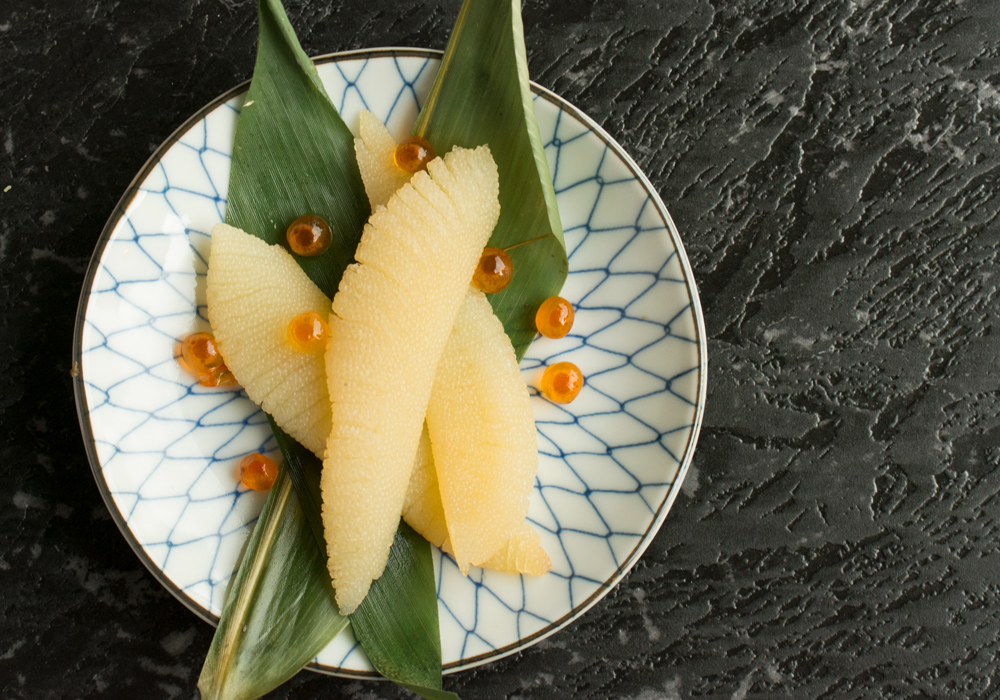 The golden Kazunoko is salted herring roe that has been marinated in seasoned dashi. It is a prized delicacy in Japan that has a unique crunchy texture. This dish signifies fertility and a prosperous family. 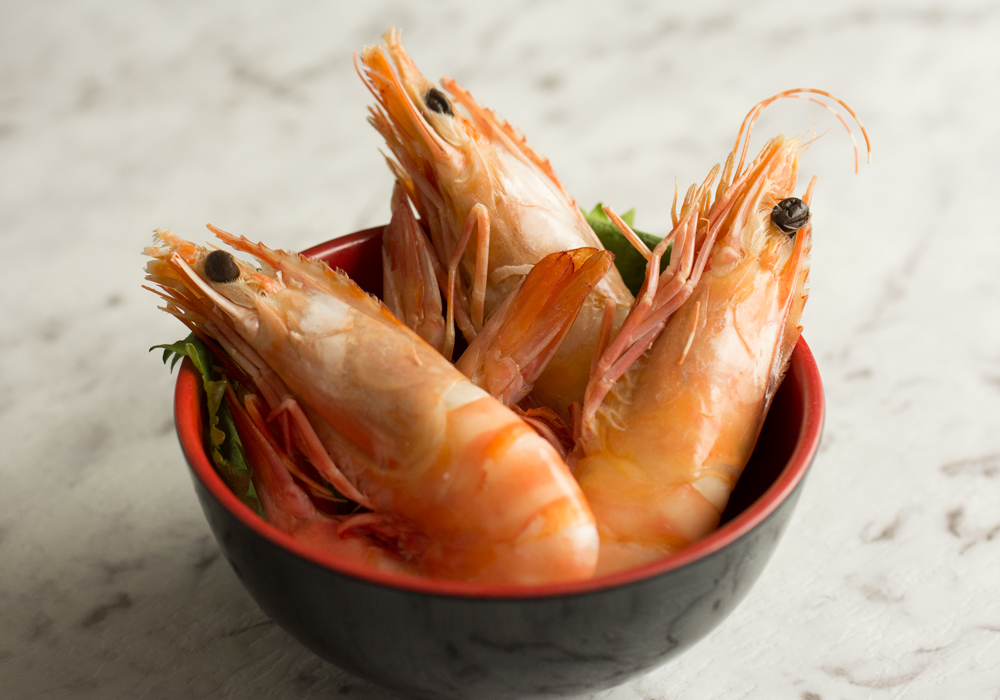 These jumbo prawns, cooked in sake and soy sauce, symbolises long life and happiness in old age. The whiskers and the curve of the prawn are said to resemble a hunchbacked old man. 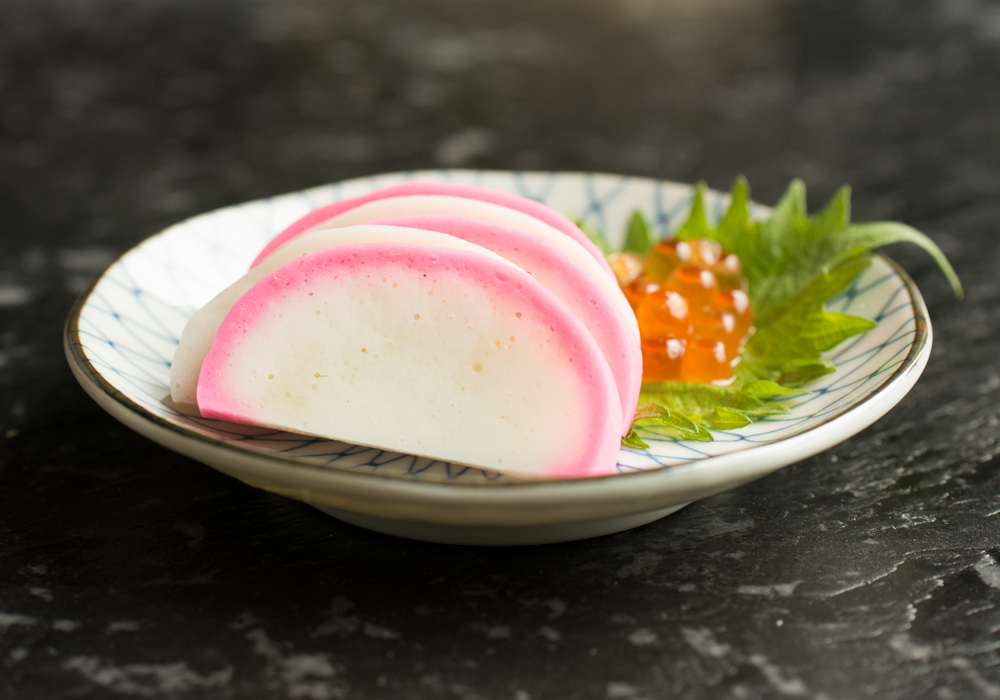 At a glance, these smooth pink and white Japanese fish cakes resemble fluffy pastries. Its shape is said to resemble the first sunrise of the New Year whereas its colours are said to be a good omen as pink (red) wards off evil and white signifies purity. 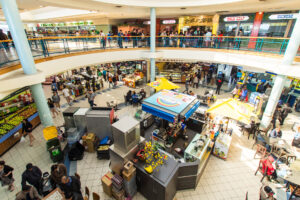