As part of Asian Inspirations’ ongoing war on food waste, we’ll keep giving you great ways to reduce your gastro-footprint. Billions of dollars’ worth of food thrown out and wasted every year, and it’s everyone’s responsibility to reduce the cost to our economy and our planet.

One of the best ways to reduce your impact is to preserve leftover veggies and spices that went unused at dinner or have been sitting in the fridge for a while. If you’ve got a bountiful chilli plant or just bought too many at the shop, chillies are a great candidate for preserving, as many recipes used pickled and dried chillies instead of fresh ones.

While preserving your own chillies may not save you a tonne of money, it does make a difference to the amount of food waste you create. But it’s not just the Good Samaritan inside you that will rejoice when you preserve some chillies—it’s heaps of fun and super easy!

Dried chillies are very versatile, as you can use them as is or re-constitute (hydrate) them in water. Obviously, weather and humidity can have an effect on how successfully you can dry chillies, so dry climates garner the best results.

How to Make a Chilli Ristra

Love the look of the strings of dried chillies you see hanging up in delis and Asian supermarkets? Well, you can make them yourself! They’re called ristras, and while a little time consuming, are well worth the effort.

Smooth fishing line is the best thread for your ristra, as the chillies will slide on with ease. Cotton thread comes in as a close second. Begin by tying a knot on one end of the line. The knot will hold the first chilli, so it needs to be a good size so that it won’t drop off. Thread the other end of the line through a sewing needle, then begin threading on your chillies. Push the needle through the green cap of each chilli, rather than the flesh of the fruit, which could serve as an entry point for mould.

Once all of your chillies are threaded on, tie off the line to make a loop. Arrange the chillies by spacing them out in a spiral formation—each chilli should be offset about 30-60°C from the previous one. A spiral ristra not only looks prettier, it improves airflow around the chillies, which will help them to dry out quicker. Hang your ristra in a warm, well-ventilated place.

Pickled chillies are fragrant and delicious. Leave the pickles for as long as you like to marinate, or blitz them up to create a delicious chilli oil. Here’s an easy recipe to follow.

Chillies actually freeze really well, keeping a lot of their flavour and heat. The best way to freeze them is similar to how we suggest you dry them. Put them on a baking tray with some space between each one, and then store in ziplock bags when frozen so they don’t stick to each other.

There you have it. Next time you’ve got a bunch of leftover chillies you don’t know what to do with, hopefully, you’ll preserve them instead of throwing them out! 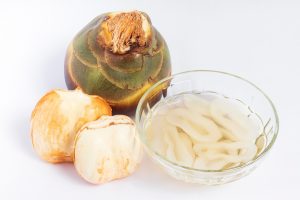 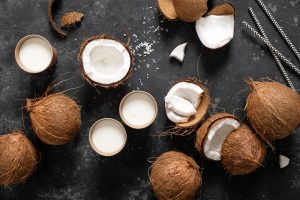 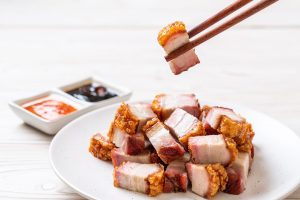