Jelly in the West are either flavoured gelatin desserts or fruit juices home-cooked with sugar and pectin that taste more like jam. But say ‘jelly’ anywhere in Asia, and they’ll ask you ‘what kind’? In fact, each region has its own type, made from exciting all-natural ingredients. You can find some of them at your local Asian grocer, either in full jelly form or powder packs.

If you ever had a refreshing Pearl Milk Tea or Bubble Tea, then you would’ve probably munched on the sweet balls that came with it. Named Boba or Zhenzhu, these chewy darlings are a Taiwanese invention - tapioca starch from cassava roots, moulded into a dough, then cut, shaped into balls, and cooked in hot water. Extra flavourings give their colours: the most common black are mixed with brown sugar or honey. Green Boba is green tea flavoured. Other variants include caramel, black sesame, taro, coffee, red bean paste, etc. Another type is the Popping Boba which bursts with fruit juice or syrup filling when chewed; also served as a topping for frozen yogurt desserts. Watch how a Taiwanese café makes their Boba! !

An East Asian special made by boiling the stalks and leaves of the Chinese Mesona mint plant with soluble white salt and starch, then cooled to its block jelly form, usually cut into cubes or thin strips. It has a unique fragrance, with a slightly smoky and grassy flavour, served in many delicious desserts across Asia. Whichever way you like it, grass jelly is known for its cooling effects, best enjoyed in hot weather. Want some ideas? Try our recipes.

A traditional herbal jelly savoured for its skin-healing properties, the Guilinggao was once an ancient Chinese Imperial medicine, spread to common citizens over the centuries, and even became a popular dessert in recent years. The original recipe is shocking: tortoiseshell ground to powder and cooked with a host of herbs, including Smilax root, chrysanthemum, bitter gourd and more. Yikes! Thankfully, the old formula has long been abandoned, and the modern Guilinggao is recreated wholly from herbal plants, available in powder-mix form or ready-made in cans. Fragrant but lightly bitter, it is most often served cold with honey or mixed with rock sugar and Pandan syrup. Check out this simple recipe.

Although the most popular jelly in Southeast Asia, legend has it that Agar was actually first discovered in Japan around the mid-1600s: a Kyoto innkeeper discarded some leftover seaweed soup one winter night, found it had gelled the next day. Since then, Agar became a special dessert ingredient across Asia through trade and Japanese expansion in the following centuries. Interestingly, Agar is Malay for ‘red algae’. The original Japanese name is Kanten. Today, Agar is a mix of red seaweed extract and agaropectin molecules, creating a vegetarian substitute for gelatin. It is the base ingredient for many tantalizing treats, including the exquisite Japanese Raindrop Cake. 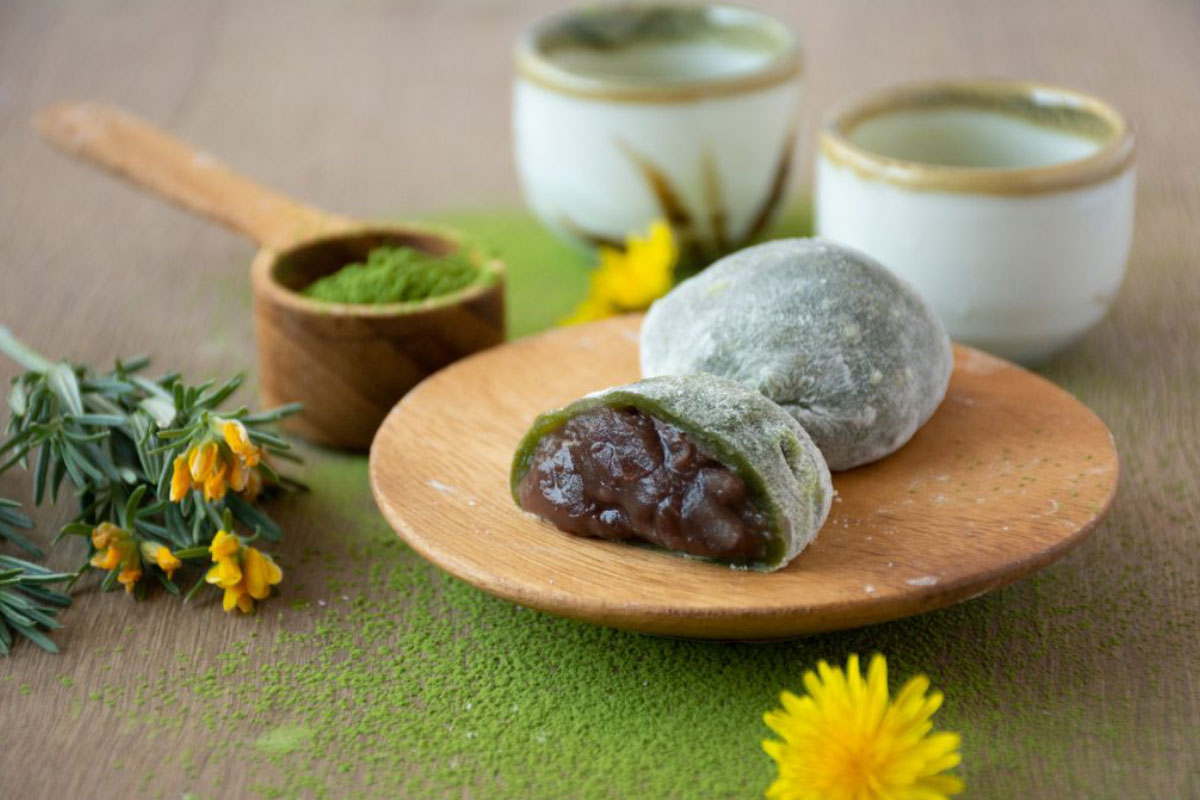 Springy rice cakes made from Mochigome, a Japanese short-grain glutinous rice; pounded and mixed with water, sugar and cornstarch. Mochi is a Japanese traditional dessert that has its roots in ancient Chinese tribes; specifically, the pounding method. The treat was made popular in Japan, first by imperials and nobles, then as religious offerings in Shinto rituals by aristocrats. In time, Mochi as a good-luck dish spread to the citizens, enjoyed by all, especially during festivities.

A Korean starch jelly made from mung bean, buckwheat or acorn. Muk is a common celebration of food for weddings and special occasions (called Cheongpo-muk). The plain, sugar-free and nutty flavour makes it versatile for savoury condiments. The usual favourite is vinegar and soy sauce. Muk is also a key ingredient in other dishes, such as the mung bean salad: mung bean sprouts and seaweed, seasoned with salt, soy sauce and sesame oil. Add stir-fried beef, shredded red peppers and watercress for extra flavour and enjoyment!

Granulated starch from the pith of various tropical palm stems; most commonly made in Southeast Asia, and sold in pearly rice-like form. When cooked, Sago turns into a springy, jelly texture and is best served in desserts. Other uses include sweet pudding recipes in the UK; the Malaysian Keropok Lekor – fish meat slathered with fine sago and fried; while in India, it is boiled with sweetened milk for a festive treat.

Coconut water fermented into a tasty jelly, Nata De Coco is invented by Filipino chemist Teodula Kalaw in 1949, as an alternative dessert to the traditional Nata De Piña (made from pineapples). A sweet fruity delight that can be enjoyed on its own, or used in salads, topping for ice-creams, drinks, cold milk tea, yoghurts and icy desserts like the local favourite, Halo-Halo. Watch the meticulous process to make this wondrous jelly here!