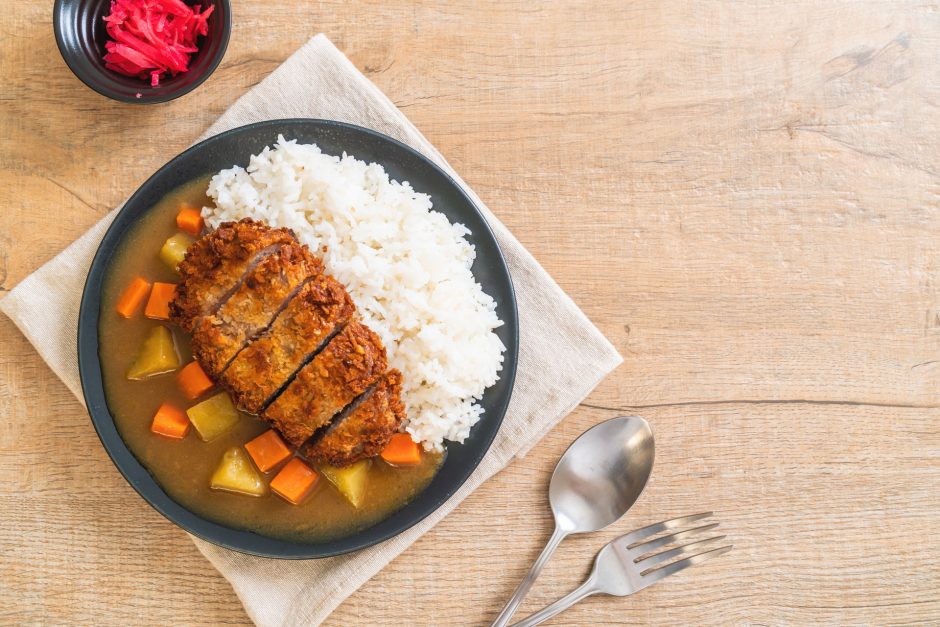 Think Japanese cuisine and you are likely to think of seafood-rich sushi, or various noodle dishes such as soba or ramen. Regardless of what Japanese food you have in mind, it’s certain that its flavour is a world away from the spiciness of Korean food, or the variety of spice-rich Thai dishes.

You would be surprised, however, to learn that a favourite dish in Japan is curry—more particularly, Japanese Curry Rice or “kareraisu”. In Japanese cuisine, which isn’t traditionally known for its liberal use of spices, curry sticks out from the crowd. How did it come to be this way?

Well, Asian Inspirations is delving into Japan’s strange infatuation with curry with 10 facts about Japanese curry:

Some say the origins of curry in Japan came with the arrival of Buddhism from India over 1,500 years ago. However, it’s far more likely that curry was introduced by the British, who forged ties with Japan through the Anglo-Japanese Alliance during the Meiji Restoration in the early part of the 20th Century.

During this period of modernisation, Japan was building up its military, which was bolstered by the support of colonial Britain. It was through this relationship where Japanese naval officers sampled curries over dinners with their British counterparts. These curries were imported from India, which was, at that time, a colony of the British. As such, most of today’s variety of Japanese curry borrows its characteristics from Anglo curry, which continue to use curry powder.

Because it’s based on Anglo curry, the typical Japanese curry is mild, sweet and is not as spicy compared to curries from other cuisines. Hence they are widely loved and accepted by the Japanese.

3. Japanese curries are sweet and smooth

Japanese curries are mostly sweet and can be easily distinguished in the very first bite. Soon after, you can feel the spices on your taste buds. It is often smooth and thick which makes it unique and flavourful.

4. Curry is the quintessential spicy dish in Japan

Even though it’s less spicy than its other Asian counterparts, Japanese curry is regarded as a national dish along with ramen, sushi and miso soup.

6. The curry thickening agent adopted in Japan from France

Roux, a sauce-thickener in French cuisine, has been adopted by the Japanese chefs to make curries without any lumps. A typical Japanese household uses instant curry powders and curry mixes to go with rice. They use a solid curry roux as a thickening agent.

7. Japanese curry is a staple of the armed forces in Japan

Not only was curry tasty, Japanese naval officers found the dish to be able to fulfil a nutritional need in the country’s armed forces. It was said that Japanese soldiers were suffering from Beriberi, which was due to vitamin B1 deficiency. This was caused by the soldiers’ diets that lacked bread or wheat-based food, which many recruits regarded as a snack food.

Japanese naval officers then made a variation of Japanese curry which was mixed with wheat, and soon not only were the soldiers’ nutritional requirements complete, but they had also developed a taste for the dish. Since then it has become a tradition for soldiers in the Japanese Maritime Self-Defense Force to be served Japanese curry rice every Friday, with each JMSDF ship having its own unique curry recipe.

8. Eating hot and spicy food during summer is good

Japanese believe that the spices present in the curries are believed to cool your body and improve metabolism by making you perspire, and stimulate your appetite which is otherwise hard to develop during summer.

9. Convenience in a pouch, served in space

Ready-to-eat curry sauce sold in vacuum-sealed pouches that only requires to be heated in hot water were introduced in 1969, and it became an instant hit! Ever since, the convenient pouches have become a staple diet for students along with ramen noodles. Curry Meshi (meals) were even introduced in NASA by Japanese astronaut Mamoru Mohri in 1997. These pouches are also popular as emerfency rations since no refrigeration is required.

A typical Japanese curry is made of onions, potatoes, carrots, pork, and beef, but every family in Japan have their own variations with different vegetables, meats, fruits, and spice levels which make it unique. Some even add grated apple and honey or tomato sauce for sweetness, or, Tonkatsu sauce for an added sweet-savoury touch to the dish. To make it even richer and creamier, try butter, milk, chocolate, or instant coffee when you cook.