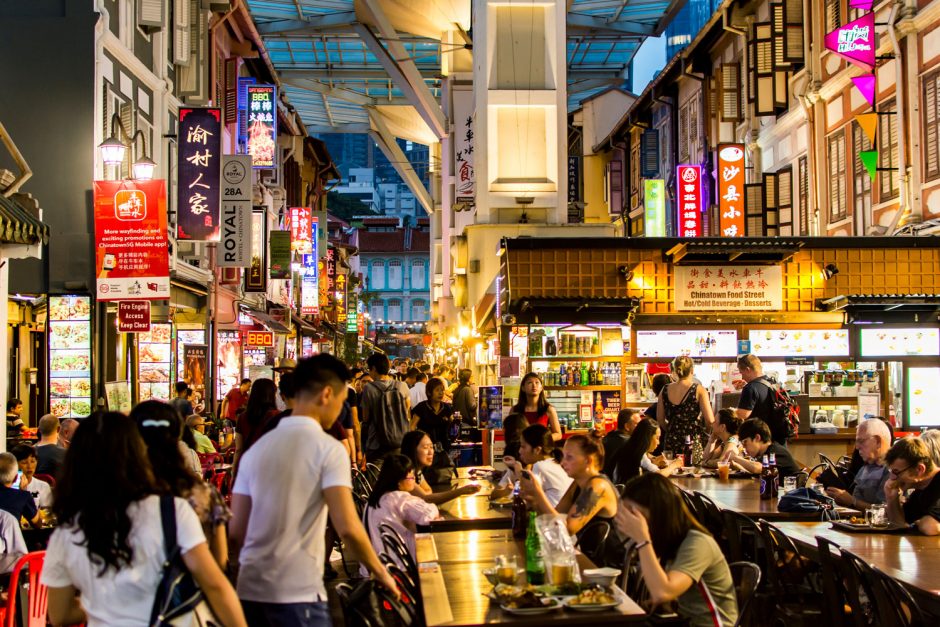 Eating is considered a national pastime in Singapore, so you know this is one destination that takes its food very seriously. From the numerous hawker centres selling tasty street snacks to iconic dishes such as Singapore chilli crab and Michelin-starred restaurants, we bring you the best of Singaporean cuisine.

Thanks to its history as a bustling seaport, Singaporean cuisine has been influenced by myriad cultures, each bringing with them a diversity of flavours and cooking styles. From the native Malay people to the immigrant groups from China, India, Indonesia, and beyond, the Singapore food scene has benefited from years of cross pollination of culinary culture.

These days, those cultural lines have been blurred and dishes that were once considered Chinese (wonton mee, perhaps) or Indian (biryani, for example), are now so deeply ingrained in the food culture that they are simply regarded as ‘Singaporean’.

Thanks to the multicultural nature of Singapore, the food scene is also influenced by various religions, so you’ll find Muslims abstaining from pork and alcohol, Hindus avoiding beef, and Buddhists practising vegetarianism, all of which adds to the diversity and dynamism of this culinary hub.

Thanks to its location on the edge of the Straits of Malacca and the South China Sea, Singaporeans love eating all manner of seafood including crabs, prawns, stingray, and fish. One of the most ubiquitous seasonings is belacan, or shrimp paste, as well as Chinese-style soy sauce and bean sauce.

Tropical fruits such as durian, mangosteen, lychee, pineapple, longans, and rambutans are also essential ingredients. Coconut, pandan, and palm sugar are used to create a range of colourful desserts.

Singaporeans pride themselves on their voracious appetites, often eating five or six meals a day. So intrinsic is food to the Singaporean way of life that when you meet a local, chances are they’ll greet you with the phrase “Have you eaten?”. Thankfully, you’re never far from your next meal in Singapore.

The best way to explore Singaporean cuisine is via the city’s lively hawker centres. Here, individual stalls specialize in just one or a handful of dishes, selling everything from fish head curry to char kway teow⁠—all for a few dollars per serve.

The hawker foods of Singapore are so revered that one eatery was recently named the world’s cheapest Michelin-starred restaurant⁠—Hong Kong Soya Sauce Chicken Rice Noodle in Chinatown. Be prepared to queue for hours to sample this simple, but delicious dish.

Another popular option for dining out in Singapore is the neighbourhood kopitiams, or coffee houses, where locals gather for speedy breakfasts of coffee sweetened with condensed milk and kaya toast served with soft-boiled eggs.

For lunch and dinner, locals generally visit hawker centres or no-frills eateries for rice and noodle-based dishes, stir-fries, and soups. At midnight, if you’re still out and about, it’s time for supper, such as fried noodles, curry with roti bread or a refreshing dessert.

At the other end of the spectrum, Singapore is home to some of the world’s best restaurants, including 39 Michelin-starred restaurants and seven restaurants on the Asia’s 50 Best Restaurants list for 2019.