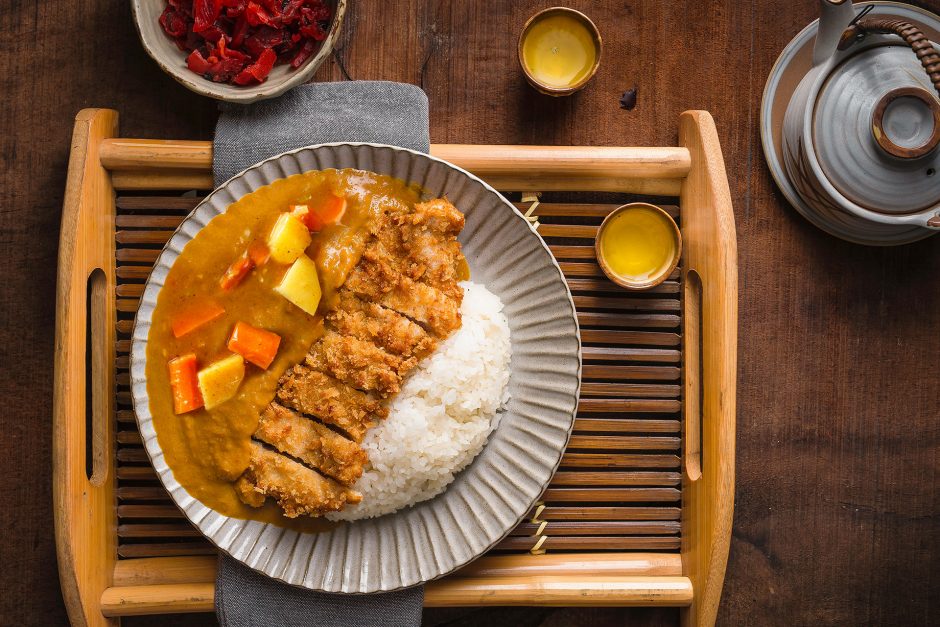 Say ‘Japanese cuisine’, and sushi or ramen is probably the first foods you’ll think of. But in Japan, curry is also considered a national dish, enjoyed in restaurants, at fast-food trucks, and fresh from home-kitchens.

Although curry is one of the most wide-spread dishes around the world, since eras of Portuguese and British colonization of India, few cultures adapted the dish and created a whole new flavour of its own like Japan. However, when the India-originated dish was first introduced to Meiji Era Japan in the 18th Century, it was actually considered a luxuriant indulgence for the rich; as curry powder had to be imported. It wasn’t until 1923, that a uniquely Japanese blend of spice combinations was discovered by curry-lover Minejiro Yamazaki, after many trials and errors.

He later founded S&B Foods and sold his curry powder to all of Japan; thus popularising the dish. Then, in 1954, the Japanese curry roux – instant sauce thickener – entered the culinary scene, and truly became a household hit. While other brands eventually sprouted in the market, S&B Golden Curry remains one of the top favourites to this day.

Japanese curry is usually sweet instead of zesty, in a thick, sumptuous and umami brown sauce. Its texture is much richer than Indian curry, and its flavour is a balanced mix of warm, comforting tastes – a blended pleasure instead of a fiery burst. This makes it delicious and palatable for the whole family, including children; as well as versatile for cooking with a variety of ingredients.

The dish has become so ubiquitous in Japan that it is part of Japanese culinary culture. A common recipe is sliced meat such as chicken and pork with carrots, onions and potatoes; served with Udon noodles or white rice. Katsu curry (deep-fried pork cutlets) is especially popular as fast food for lunch. Families too have their own home-cooked curry specials for meals, thanks to the simplicity of making it. Other beloved variants include curry fried rice with minced meat; Yaki Kare, oven-baked curry rice topped with egg; Aigake, curry rice with fried beef and onion cooked with red wine; curry soup with meat and veggie chunks; as well as many others.

Although mostly enjoyed as a summer dish in Japan, today, Japanese curry powder and roux products can be found anywhere in the world and are certainly one of the best dishes to warm up in the chilly autumn or cold winter. Some roux products even come in flavour enhancers such as natural veggie and meat concentrates to make the perfect curry stew for any meal.

So, if you’re looking for home-cooked Asian goodness that’s flavourful, filling and suitable for everyone in the family, check out the rich range of products from S&B Foods; and add Japanese curry to your repertoire.

Want some ideas? Try these recipes!