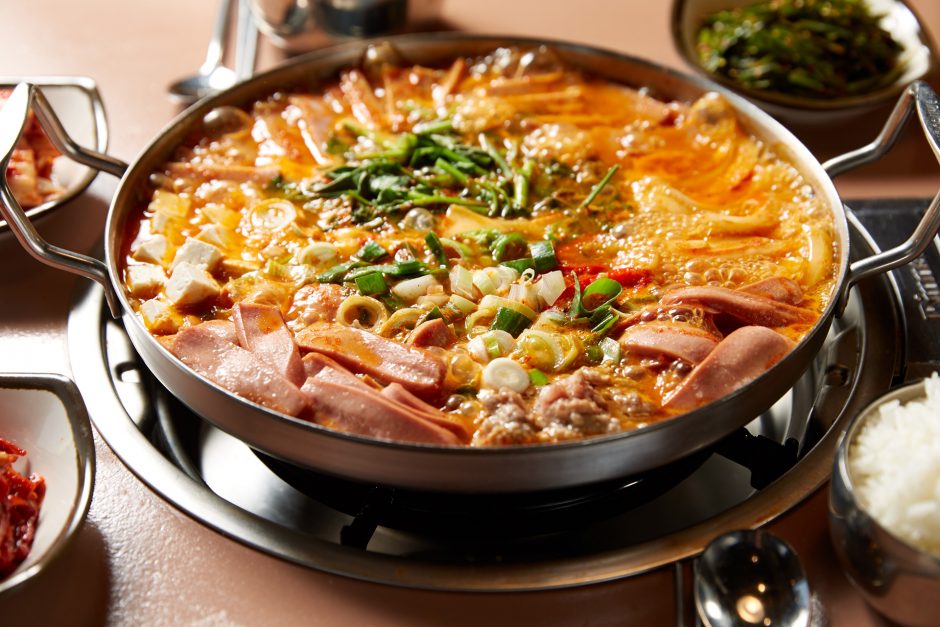 Budae Jjigae—sometimes spelled boodae chigae—is a hotpot dish with a dark past. Today, this strange mix of spices, vegetables and lunch meats is enjoyed all across the world, particularly in restaurants in South Korea. It’s extremely popular with the young college crowd, who have no idea of its wartime origins and tragic inception. ‘Budae Jjigae’ literally translates to ‘military base stew’, and, as the name suggests, arose from the American military bases established during the Korean War (1950 – 1953) and became a staple for the Korean people during the tumultuous years that came after the Division of the peninsula.

The Korean War left 10% of the indigenous population dead and completely destroyed civilian life. Korea was starving and meat was incredibly rare—fresh food in general was scarce—so preserved meats and canned goods were valued very highly. There arose rumours that the American soldiers had so much food—and in such huge portions—that they could afford to throw the excess away. What’s more, the American bases were stocked with Spam, hot dogs, cheese and other processed foods, which would keep without spoiling for months. So Koreans started to gather around the bases, stealing scraps and trying to buy excess stock from the troops. The scraps were often barely edible, a mess of various leftovers mixed in with cigarette butts and trash, but it kept the people alive. It was from these scraps and leftovers that the first iterations of Budae Jjigae arose.

The desperation that drove the people to such lengths was only exacerbated by the fact American foods and supplies were not legally available to the local population. In fact, during the military dictatorship of Park Chung-hee, Spam smuggling was punishable by death. Yep, possessing Spam was a capital crime! But where there’s a will, there’s a way, and a thriving black market for processed American foods soon arose. A November 9, 1959 Time article titled “The PX Affair,” suggests Korean women with access to the post exchange—army stores where soldiers could buy goods—often through their associations with American soldiers—either husbands, boyfriends or johns—were largely responsible for this illegal trade. These women were rejected by Korean society for working on the bases—called “Yankee whores”—and still risked life and limb to pass these valuable foodstuffs on. Soon Spam smuggling was being committed by mothers, teachers, priests and parishioners.

The first version of Budae Jjigae was a buttery stir-fried snack made of sausages, ham, cabbages and onions washed down with makgeolli (rice wine). But soon, anchovy broth flavoured with gochujang and kimchi was added to create a stew more similar to what is eaten today. The salty meats and anchovies suited the local Korean palate and available ingredients, and the stews popularity steadily grew. After President Lyndon B. Johnson visited Korea in 1966, the stew was nicknamed Jonseun-tang, or “Johnson soup”, as he apparently raved about the taste of the dish.

Today, all those wondrous salty goods are available on the shelf of supermarkets and stores across South Korea, but Budae Jjigae is still a popular dish thanks to its taste and its low cost. You’ll find all sorts of ingredients in the modern version, like Vienna sausage, bacon, tofu, pork, ground beef, instant noodles, macaroni, tteok (rice cake), American cheese, mozzarella, and seasonal veggies. The city of Uijeongbu, a place surrounded by army bases, is the modern-day home of Budae Jjigae. In the late ‘90s, the city stipulated that the dish be referred to as ‘Uijeongbu-jjigae’ to remove any military or war-time connotations, though so far only a few restaurants have adhered.

The reason for the name change is twofold. First, they want to distance the dish from its sad past and the ostracisation of the women who worked on army bases and who were responsible for providing these goods to the populace in the first place (if you’re interested in reading more, there’s a fantastic post written by Grace M. Cho here). The second is the backlash against militarism—specifically the expansion of American military bases inside South Korea—and the damaging impact these huge blobs of America are having on the surrounding people.

But, despite its sad past and contentious present, Budae Jjigae remains a delicious dish and one that’s worth trying and learning about. If you’ve got a favourite version of this delicious stew, please let us know! 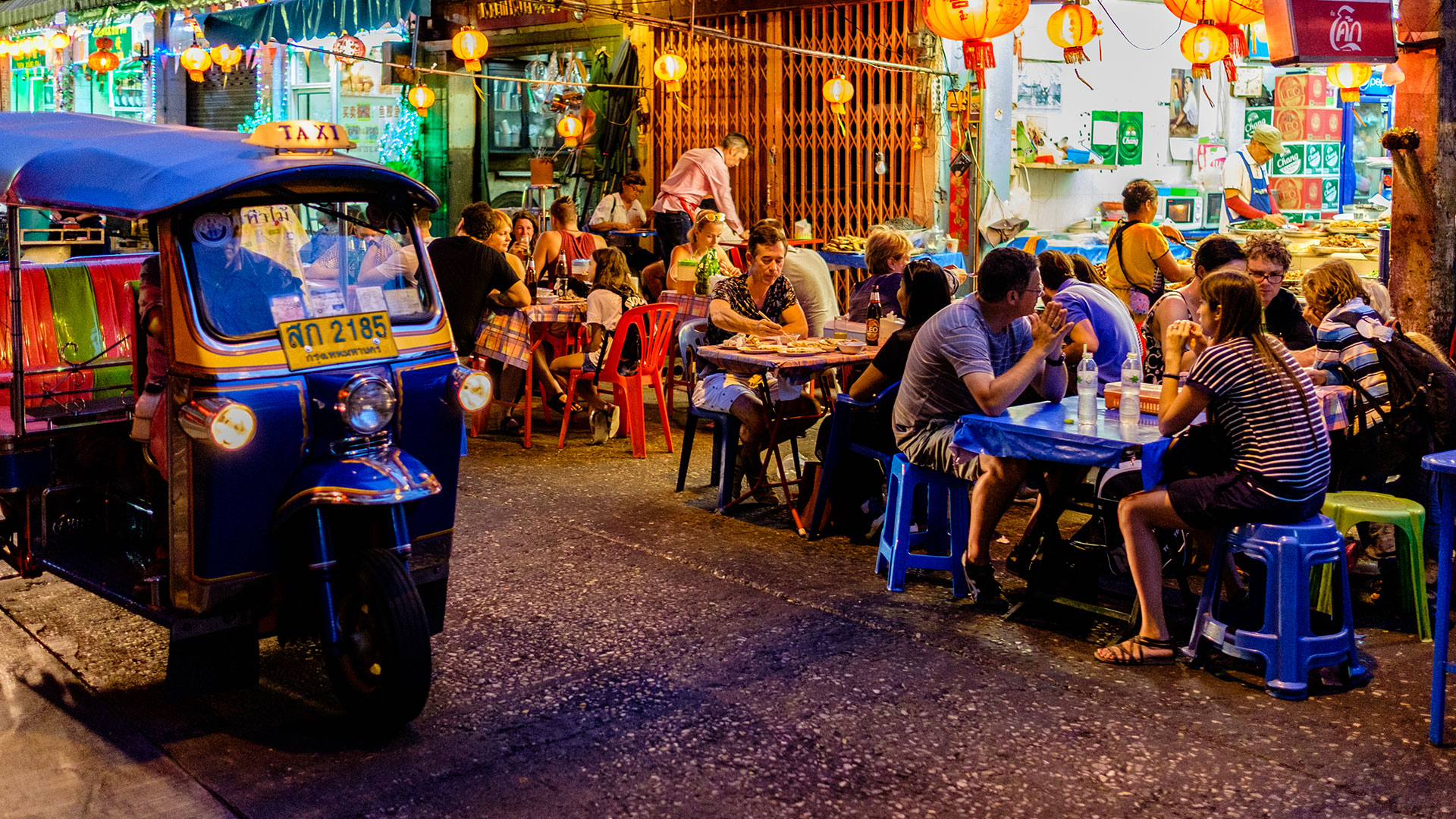