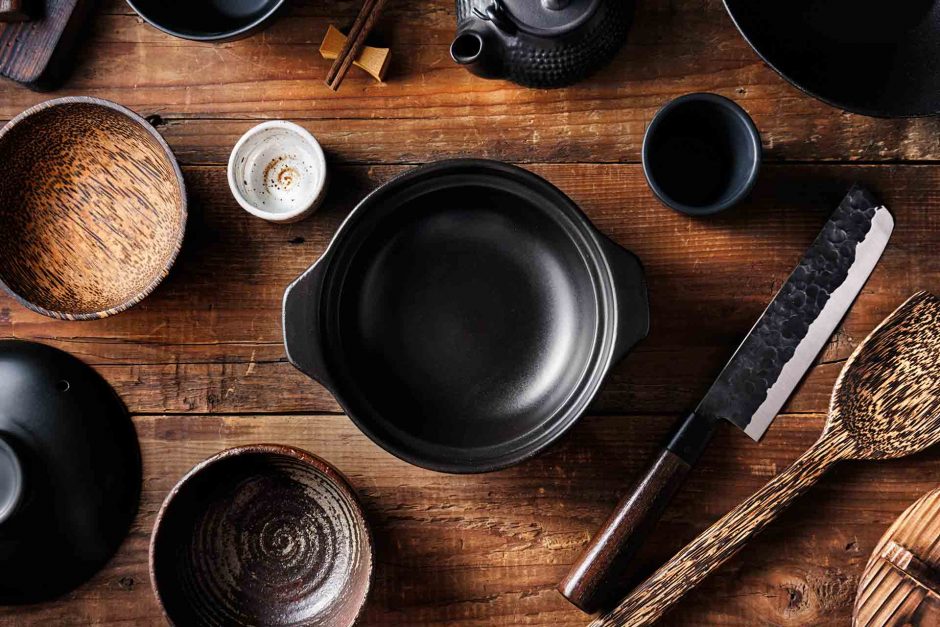 Utensils and cutlery shape food customs and cultures around the world. Some meant to preserve the food’s ideal serving temperature and portion, or even to enhance flavour. In Asia, food is viewed as an everyday blessing to savour best with the right tableware.

So what makes them so unique? Let’s find out! 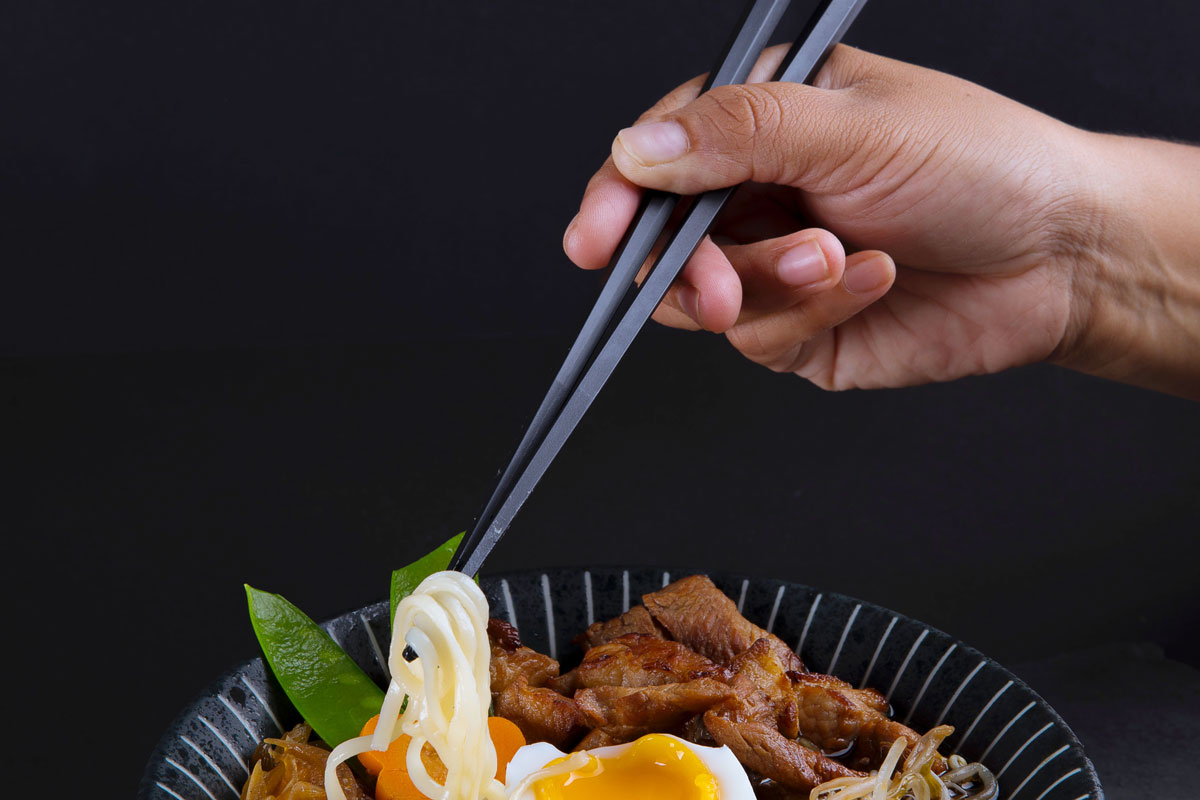 Undoubtedly the most common eating utensil in the East, created in ancient China and since spread all over Asia. Although with a history of at least 3,000 years, its origin is shrouded in myths and legends: One tells of Daji, the favourite consort of the Shang Dynasty Emperor. The Emperor was extremely picky, and Daji always tasted the royal food before serving them. Once, the chef delivered a dish too hot and was too late to change it. Daji used her two jade hairpins to pick the meat, blew gently to cool, and fed it to the Emperor. Thus, chopsticks were invented. Another says the famed Zhou Dynasty scholar Jiang Zi Ya was told by a magical bird to make a pair of bamboo sticks for the meat his wife had cooked. Upon clamping the meat, a green smoke oozed, thus exposed the wife’s plot to poison him. So, chopsticks became a regular utensil to ensure food safety. The third tale is about Emperor Yu of the Xia Dynasty, a great, hands-on ruler who invented flood control. Once, out on a riverbank, he cooked soup meat, too hot. So he broke a pair of branches to pick from the broth. Servants and commoners around him saw this, and thus, the chopsticks became a thing. Since the earliest civilization, Asian cuisines had been mainly rice and noodles with hot soups and dishes. Chopsticks were ideal to savour them in small mouthfuls, and so developed into a symbol of civility and became ubiquitous to Asian food culture. It requires skill because the labour and effort to prepare your food should always be respected. Chinese chopsticks are longer because they’re also regularly used in cooking. Round to the tip symbolizing Earth, and square at the top to represent Heaven. Before plastic, they were made from bamboo, wood, ivory and silver. Korean chopsticks are flat and stainless steel. They used to be bronze or silver, supposedly because any poisonous food stains the metal to black; thus made popular by royal practices. Japanese chopsticks are pointed at the tip and rounded at the top – ideal to pick the bones out of fish dishes. All cultures have chopsticks customs at the table. A few examples: it’s rude to pick them up before your elders; and never place them separately, used them top-side down, stab them in food, or clink them on your bowl. For Koreans, never place them beside your spoon because it symbolizes death. For the Japanese, never cross them, and always place the tip to the left when serving or after you’ve done eating. Need help holding chopsticks? Watch this. 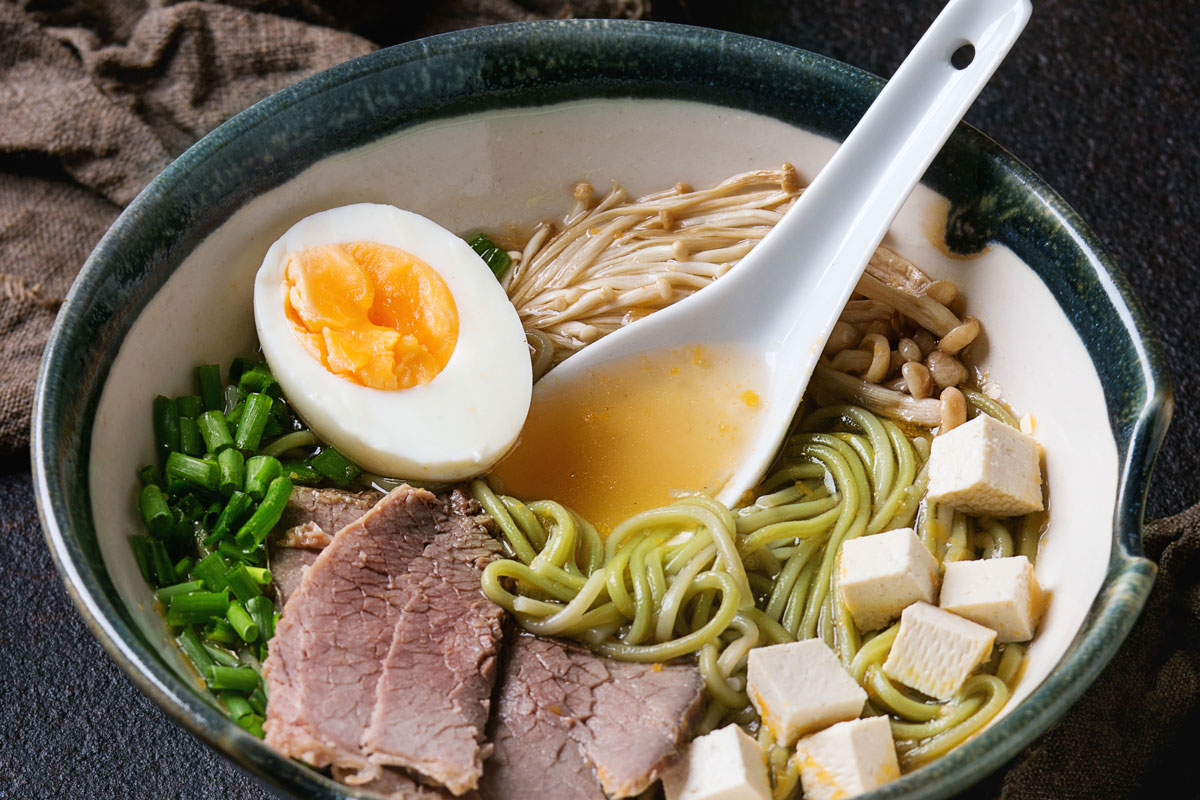 Every culture in the world have spoons, probably the very first eating utensil invented besides the fork. For Asians, spoons are mainly used for soups, with a short handle, fat scoop and usually porcelain-made to withstand the heat. Except for the Japanese, who before the introduction of curry and Western cuisine, only use spoons for scooping tea-leaves. Soup spoons are used in tandem with chopsticks, but should never be held together: right hand for chopsticks and left hand for your spoon; and remember not to slurp too loudly, or leave it sticking in your soup. 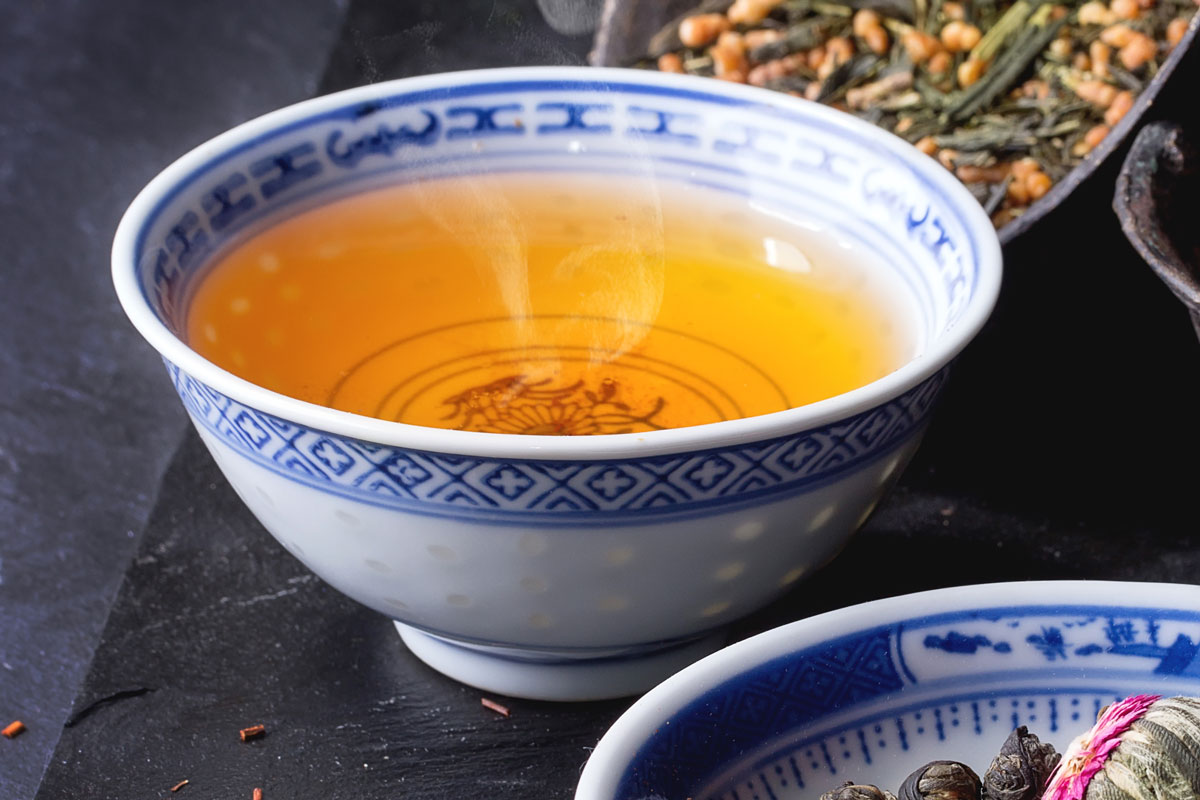 Ceramics, especially porcelain, is perhaps most associated with China since ancient times - even the country’s name is synonymous with the wares. Pottery aside, the most common tableware is the bowl with blue floral ornaments on the side, and a stand-like protruding bottom for easy holding. Soup bowls or rice bowls, the thickness is perfect to retain the food’s warmth. The ornaments have a long history of design elements developed from every dynasty. While many bowls outside of China are no longer handmade, the most exported style since the 1970s is called the Linglong bowl from Jingdezhen town; with a signature translucent rice-grain pattern. Check out this video to learn more. 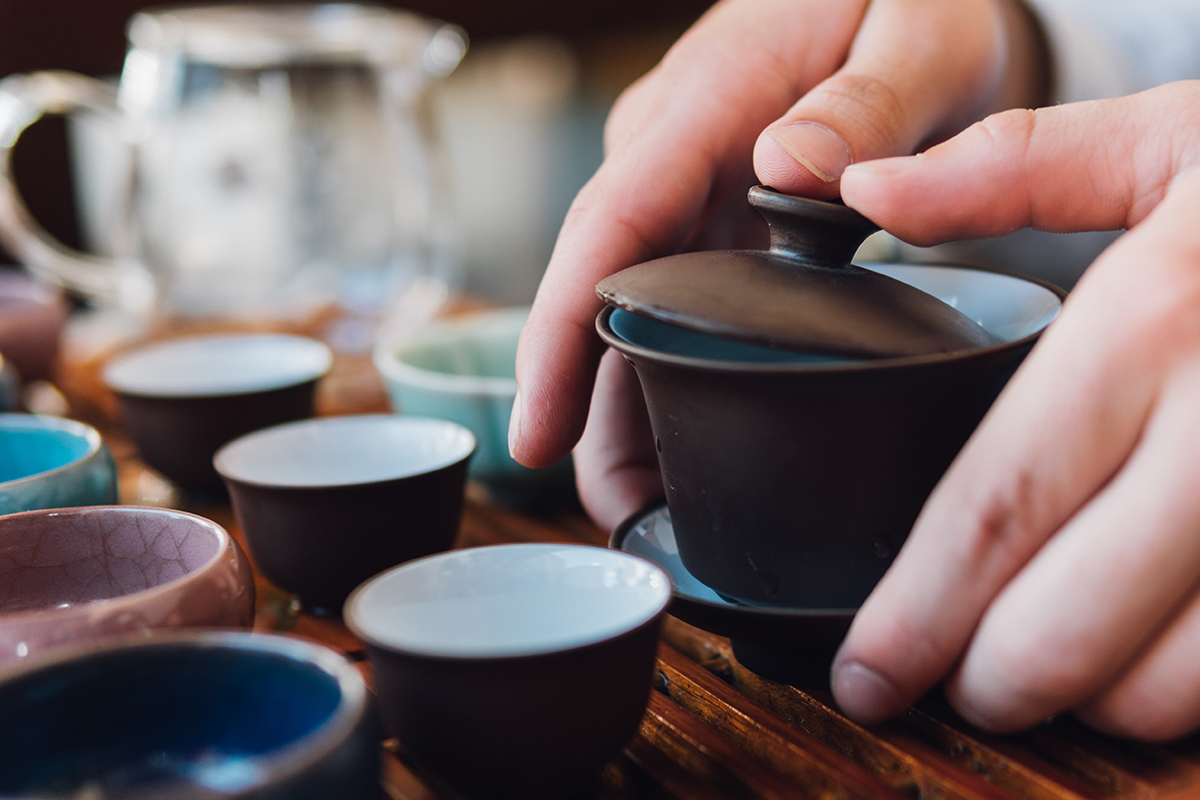 Tea culture exists around the world but differs greatly from the East to the West. Besides the former colonial nations, it is commonly believed that Asian tea culture began in China, though had spread and developed into independent variations, especially in Japan and Korea. For connoisseurs, the Chinese Gongfu tea ceremony remains the best way to brew and savour various types of fresh tea such as oolong and pu-erh; without additive or flavouring. The term ‘Gongfu Cha’ literally means ‘making tea with skill’. Tea sets usually come with: a brewing pot, or a Gaiwan – a lidded pot invented during the Ming Dynasty for tea-infusion that enhances the flavour. Tea pitcher to ensure the tea’s consistency. Brewing tray to hold spills. Three cups of matching sizes, one to test the tea’s aroma and essence, two to drink. Here’s a full Gongfu tea ceremony tutorial. And here’s how to use a Gaiwan. 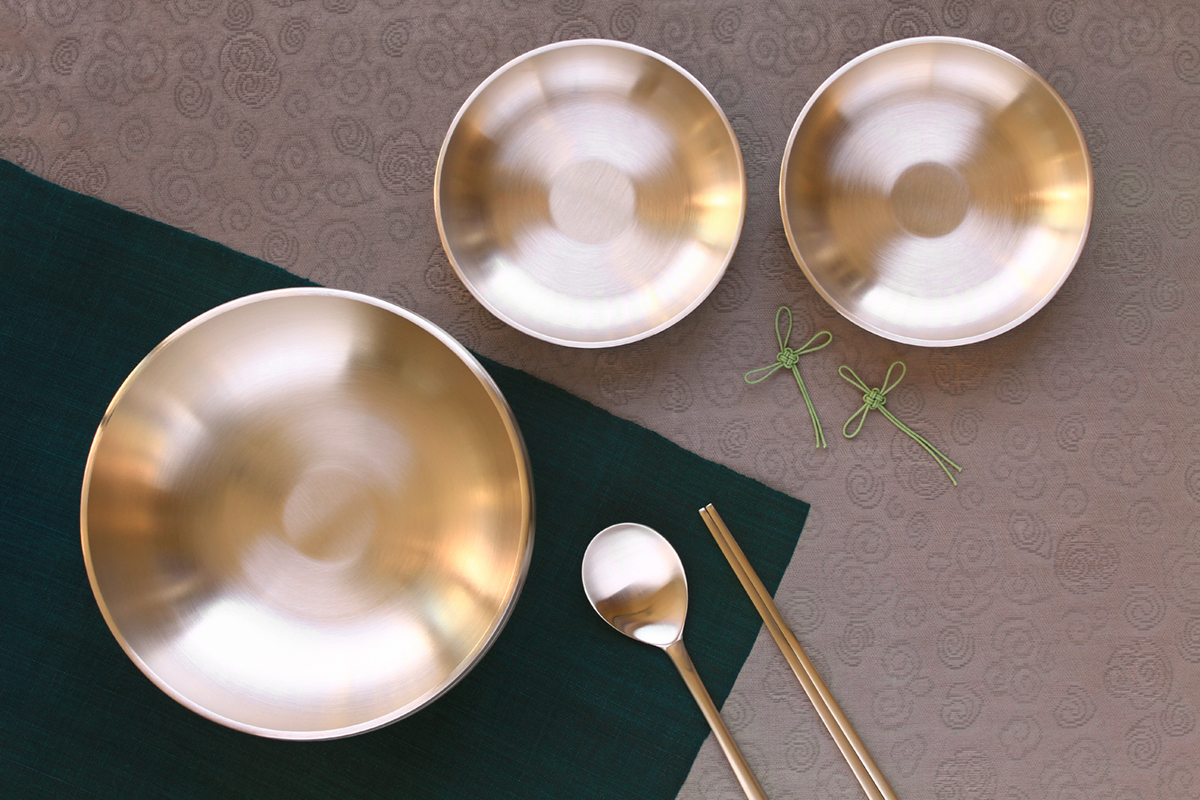 Koreans are the only Asians that uses metallic tableware, and the Bangjja hand-forged brassware which include dishes, bowls, spoons and chopsticks, is the tradition of Surasang or royal court cuisine. Broadly speaking, Koreans discovered metal to be a durable and hygienic material for food-wares since the Bronze Age, beginning with the royals and spread to the common people. The purity of the metal is believed to trump ceramics and preserves food temperature just as well. Even today, emblazoned chopsticks and bowls are auspicious wedding gifts, symbolizing eternal love for newlyweds. But besides metal, Koreans also use earthen pots called Ddukbaegi for stews, soups, and especially for Bibimbap rice with kimchi or gochujang, meat and veggies. Another pot is called the Dolsot made of granite stone, for heating dishes over the stove; then enjoyed directly from the pot. 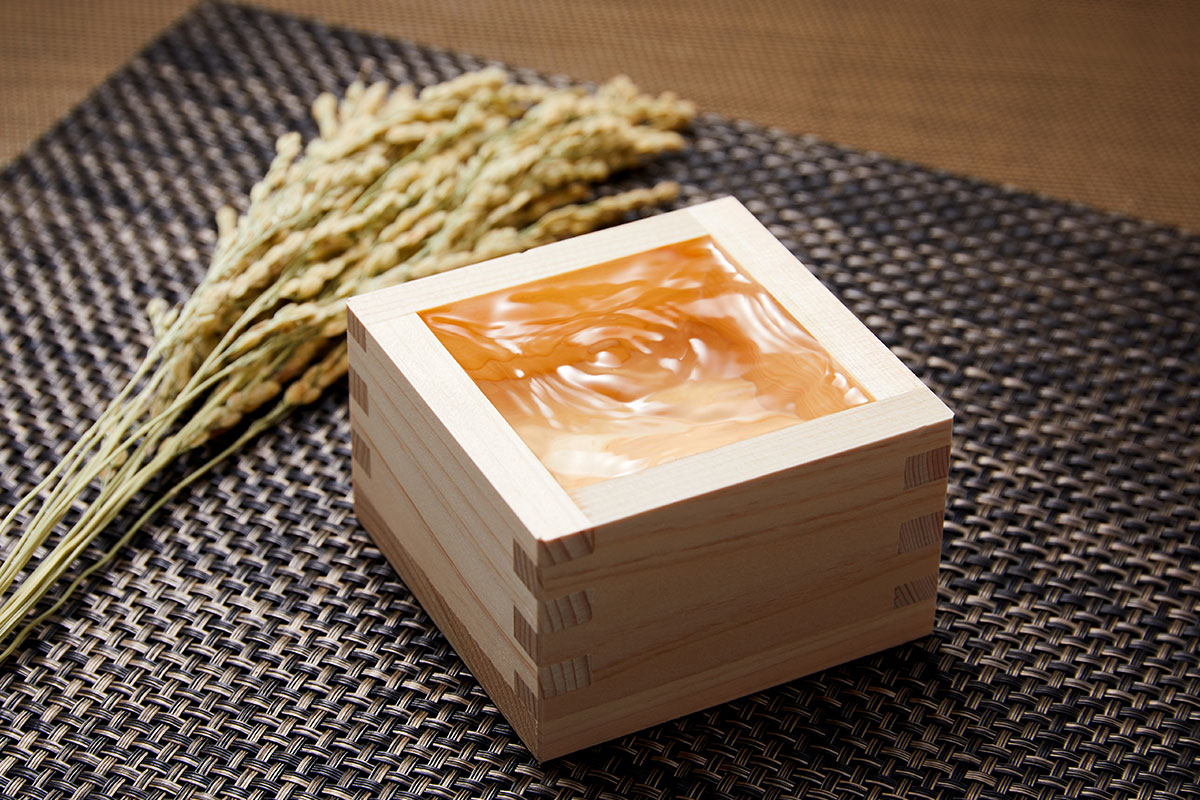 If you truly love Japanese Sake, then you should try it with a Masu cup – small square boxes originally invented to measure rice portions during the feudal period. The Masu is made of hinoki or cedar, which comes with a natural antibacterial function that keeps your brewed Sake fresh. In Japanese celebrations, the glass is placed inside the Masu and the host pours sake into the glass until it overflows, as a show of generosity. But you can also drink from the Masu, which gives it a tinge of fresh cedar: hold the box diagonally towards you, take in the Sake’s aroma, and then sip to savour. 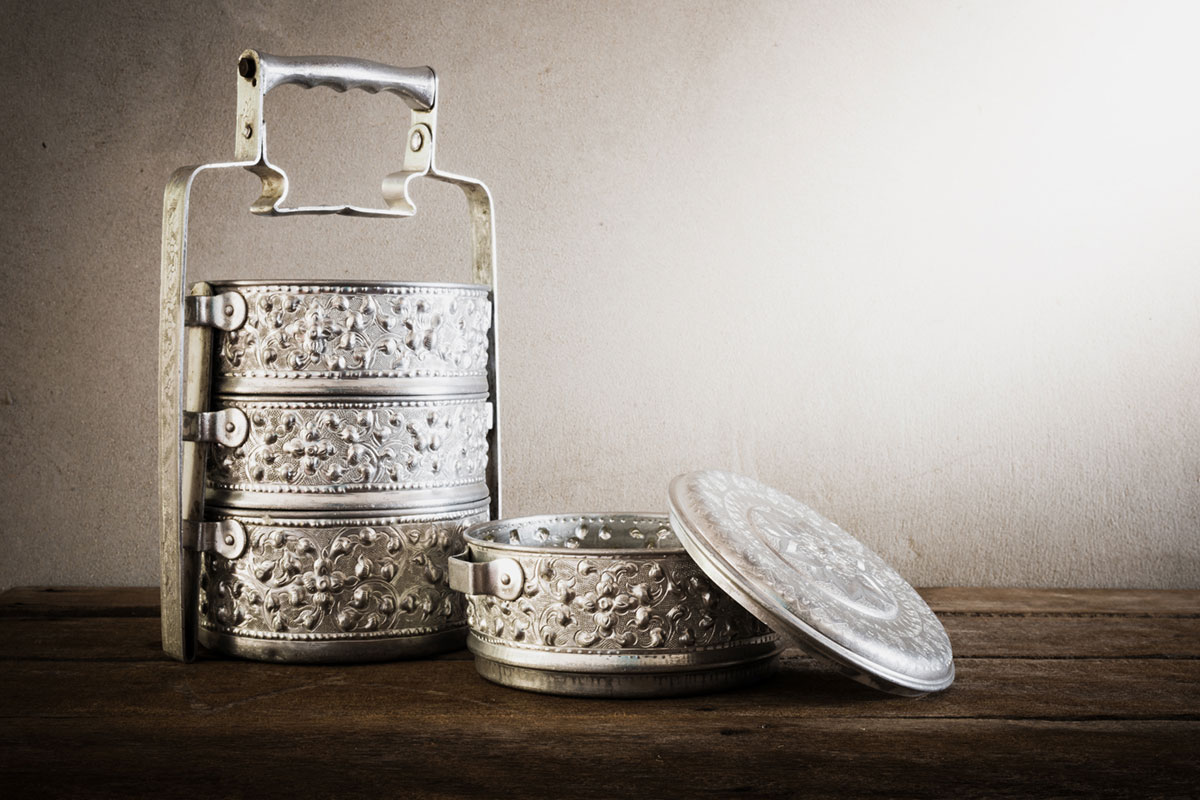 Originated from India, and spread to Southeast Asia, tiffin carriers are stacked containers locked together with a clip-on handle; commonly made of stainless steel to retain food freshness. Likely invented because standard meals are rice with a variety of dishes. The bottom tier is usually for rice and the upper three tiers for the dishes. Much more ‘secure’ and way more convenient than lunchboxes. From table etiquette to takeaway, Asians are absolutely serious about food. So, enrich your food enjoyment with some these unique wares!