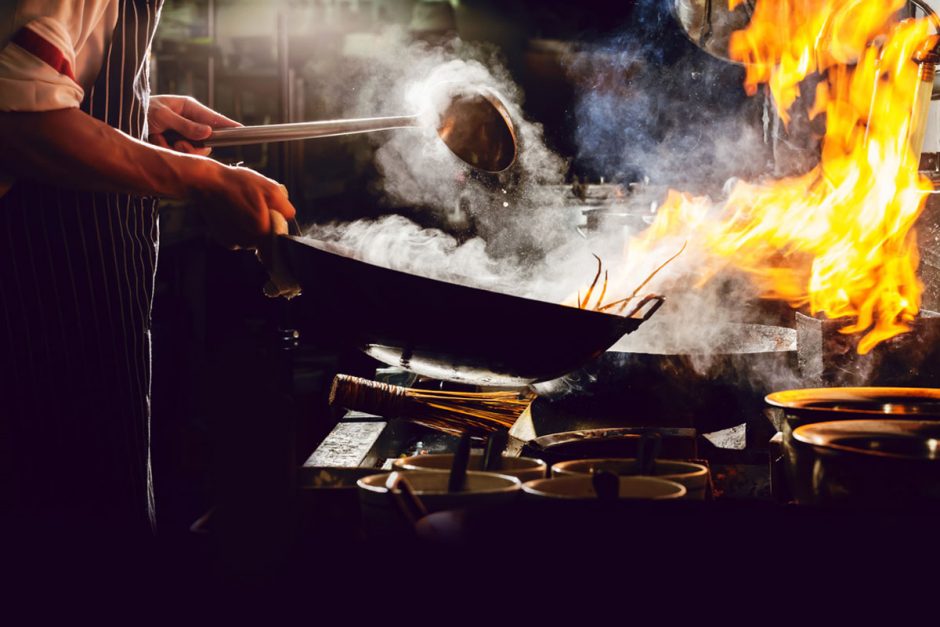 Chinese stir fry is one of the great treasures of the culinary world. The morsels of any stir fry dishes always seem to have seemingly contradictory qualities. Vegetables that are crisp yet moist, meat that is slightly caramelised on the outside yet soft and succulent to the bite, and a rich and complex aroma that gets the appetite going.

The amazing thing about this is that the cooking is done very quickly in a momentary flash of pure chaos with a simple iron wok.

Well, that isn’t the entire story. The wok is only the tool. The secret behind the perfect Chinese stir fry is achieving what Chinese cooks call “wok hei”.

What is Wok Hei?

Literally translated as “wok” “energy” or more commonly known as “breath of a wok”, wok hei is a Cantonese culinary art form that originated from Hong Kong and Guangzhou. The energy in this case comes from the amount of heat that is in the wok.

How to achieve Wok Hei?

Achieving wok hei requires intense heat that approaches temperatures as high as 300°C, or the sort of heat that you’d only be able to achieve with an open fire or a commercial cooktop. It is through this intense heat that the ingredients are singed without losing its texture and flavour.

Chefs who are using traditional iron woks would have the wok seasoned with a patina of hardened oils – accumulated through regular cooking – to ensure that the food doesn’t get stuck when it is being cooked. Not only that, the seasoned surface of the wok would also lend a charred flavour to the stir fry dish.

How to cook with Wok Hei?

Unlike regular cooking, to cook with wok hei the wok has to be heated up on its own until it starts to smoke (from the seasoned surface of hardened oils). Only then is the wok ready and cooking oil is added in, followed by the ingredients of the stir fry.

With the surface of the wok at such intense temperatures, you will have to move fast to avoid burning the ingredients. The ingredients in the wok would have to be tossed around in as little time as 20 to 30 seconds to ensure that it is cooked but not burnt. Expert chefs usually flip and toss the ingredients around by lifting and shaking the wok with a blaze of fire erupting from the top of the wok. To the uninitiated, this may look like utter chaos, but to the chef this is the closest visual manifestation of wok hei.

The intense heat is said to extract excess moisture from the food, drying out the surface without affecting its properties beneath. A useful tip for cooking with wok hei–if the smoke is white, all is well, but if it turns yellow, then something is burning.

It is also advised not to load the wok up with too many ingredients as it will lower the temperature and end up steaming the food instead of stir-frying it. Draining the ingredients of excess water too helps in keeping the wok hei going.

Mastering wok hei does take a fair amount of skill, as chefs would have to control the heat, and some physical strength to work the ingredients in the wok quickly. However, if the taste of the pudding is in the tasting, a well-executed wok hei is its own reward.