Australians love coffee. 3 out of every 4 of us drink at least 1 cup of coffee a day. And we’re fiercely proud and—dare I say it—snobby about our coffee culture. A bad cup of coffee is treated with a level of disdain previously reserved for Collingwood supporters.

These days, the coffee imported into Australia comes from all over the world, and there’s a big push towards ethically grown and sustainable crops being prioritized over somewhat less savoury production plants.

But while coffee is grown all over the tropical world, a certain type of coffee may lay claim to being the most famous coffee in the world.

The 2007 film The Bucket List starring Jack Nicholson and Morgan Freeman first brought this type of coffee into the zeitgeist. Nicholson’s terminally ill character—billionaire Edward Cole—loves a very rare type of coffee only produced in Indonesia—kopi luwak. It is revealed to him later in the movie—to some mirth and glee—just how this coffee is produced.

These days most people know about kopi luwak—even if they don’t know what it’s called—as its production method is truly unique.

Kopi luwak—or civet coffee if you prefer—dates back to colonial times and the Dutch introducing coffee as a cash crop to what was then the Dutch East Indies. Being the benevolent power they were, the Dutch banned the local workforce from picking coffee for their own personal use. Because colonialism.

The locals however were not to be discouraged, and were still keen to sample this new and exotic drink. And they soon noticed that certain species of civet—known locally as musang or luwak—ate the fruit from the coffee plant but couldn’t digest the seeds, meaning they could pick them out of the animal droppings and roast them and consume them. I mean, I’ve been desperate for a coffee in the morning, but this is next level.

Whether or not the locals told their Dutch occupiers about the production process is unknown, but it soon became the preferred coffee variety all across Indonesia.

There’s two trains of thought around why the coffee is improved after passing through the digestive tract of the luwak. The luwak only eat the biggest and most ripe coffee cherries—or the best available fruit—so the beans harvested from their droppings are theoretically the biggest and the best. Plus whatever chemical changes the coffee beans go through as they travel from one end of the civet to the other add a certain, err, je ne sais quoi that really elevates the flavour of the coffee once roasted.

Research by food scientist Massimo Marcone at the University of Guelph in Ontario, Canada showed that the civet’s endogenous digestive secretions seep into the beans. These secretions cause the beans to germinate by malting, which helps lower their bitterness. Marcone also conducted an analysis on the volatile compounds which are responsible for the coffee’s flavour and aroma, showing that there are significant differences from regular coffee. He discovered that the beans’ protein structure had been altered, reducing the bitterness and impacting flavour, and that there were significant differences compared to regular coffee which affected the flavour.

Due to the nature of the production—you know, needing a hungry civet—kopi luwak is one of the rarer coffee varietals on the market, and the type farmed from wild civets can go for upwards of $500 per kilogram.

Whether or not kopi luwak is a superior tasting coffee has been open to debate for years. Many coffee connoisseurs suggest it’s sold for the story alone, and the taste is actually pretty bad. But like all weird and wonderful products, the truth is always going to be subjective. 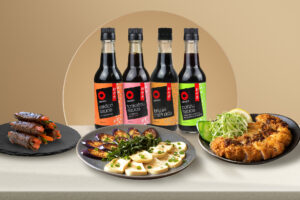 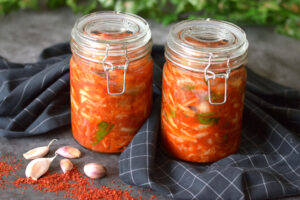