Home > Food Knowledge > The King of All Fruits—Coconut 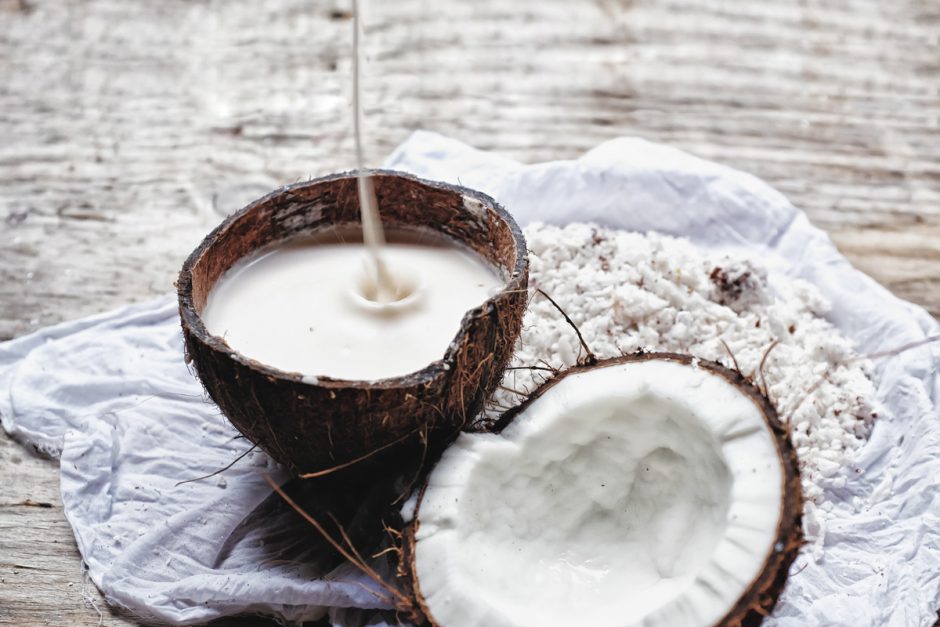 The coconut is so very important to so many Pacific and Asian cultures. Believed to have originated from the subtropics of the Indian-Indonesian areas and dispersed across the world by oceans currents, humans have found a multitude of uses for each part of the fruit.

From thatching roofs and baskets from leaves, ropes from husk fibres, charcoal from husk to butter to the body it’s hard to identify a fruit on the planet as versatile.

Outside of the sub tropics and Asia, coconut is growing as a popular ingredient in the wellness market offering to be a healthier alternative ingredient with numerous benefits. The coconut market has never looked better with a wide range of coconut products readily available.

But, when it comes to cooking, the four incarnations of the coconut that you need to acquaint yourself with are water, juice, milk and cream.

Derived from the young, green coconut, coconut water is consumed as a water substitute in the sub-tropics. It has a sweet, nutty taste that is refreshing to drink and it is this quality that has allowed marketers to promote coconut water as ‘Mother Nature’s sports drink’.

The popularity of coconut water is growing and as a product is it much healthier than some of the not-so-healthy ‘health’ drinks out in the market. It has an easily digestible carbohydrate component to its makeup, with low calories, less salt, sugar and more potassium than most starts drinks.

Coconut water is a great base for a lactose free smoothie— just add ice and fruit and blend.

Juice is the new kid on the coconut block and is used as an alternative for stock. Unlike meat, there’s not fat and is perfect for vegetarians. Coconut juice for cooking is perfect as a braising liquid and its delicate but sweet flavour make it a great option for dipping sauces, soups and dressings.

Due to its flavour enriching capabilities, coconut juice’s usage in cooking has spread through all of Southeast Asia.

Coconut milk is a pantry essential and when it comes to the great dishes of Thailand, Malaysia, India, Singapore, Indonesia and Sri Lanka, you will find few recipes that do not require it.

Made from the liquid that comes from pressing and straining the grated meat of the coconut, milk is a great substitute for dairy. Used in soups, curries, broths coconut milk has a rich velvety flavour that can complement foods and beverages.

Thicker and not as sweet as coconut milk, coconut cream is made by extracting the coagulated cream that forms when coconut milk is refrigerated and separated from the milk. Cream is used extensively in curries and desserts across the whole Asia-Pacific rim.