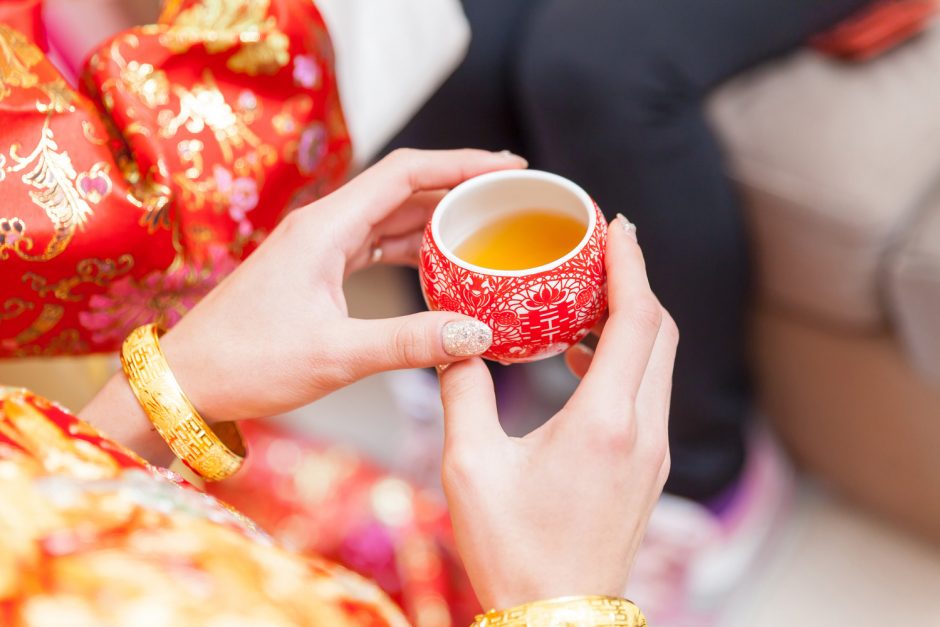 Besides being a very popular beverage, tea holds a place of special significance in Chinese weddings. It is traditionally used by newly wed couples to express their thanks to their elders on their wedding day.

Though the tradition can be traced as far back as the 7th century, and has seen some alterations in modern wedding practices, the tradition and intent of the tea ceremony has remained largely unchanged today.

As per the Chinese wedding tradition, both the bride and groom, dressed in their traditional Chinese wedding attire, kneel or bow in front of their parents and serve each of them a cup of tea as a devout expression of gratitude.

After drinking the cup of tea, the parents will present the couple with a red envelope with money, which symbolises good luck, or a gift. According to tradition, the tea ceremony is then extended to the grandparents, followed by the couple’s relatives and elder siblings.