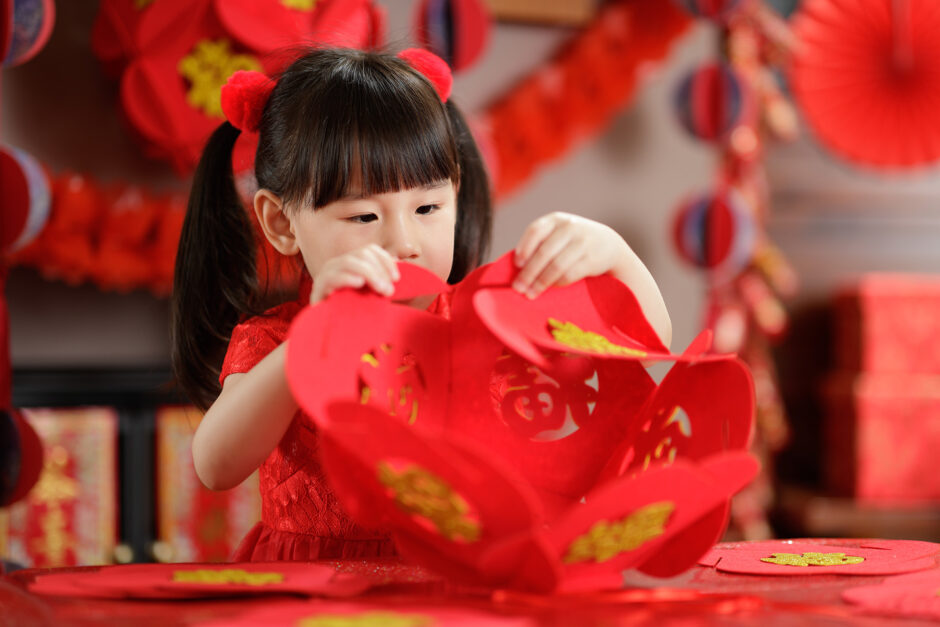 The 15th Day of the Lunar New Year is the Lantern Festival, the last major celebration for the Chinese that also marks the year’s first full moon. Homes and streets are decorated with lanterns of all shapes and sizes, some with riddles for passers-by to guess. Temple visits, lion dances and family gatherings abound. During the evening, colourful bazaars, fireworks and lighting well-wishing lanterns that fly into the night sky are common activities. And of course, the many festive yummy treats, dishes, and desserts you can have. The sweet and chewy Yuanxiao soup is one such. 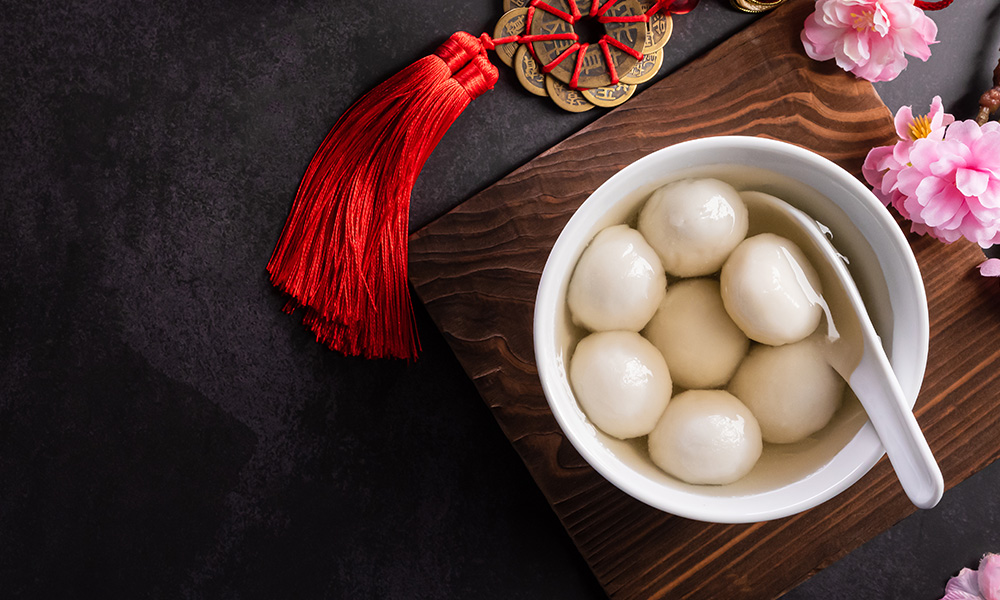 Yuanxiao is a dessert of glutinous rice balls with black sesame and peanut paste filling, in a sweet ginger soup. Shared among loved ones, and served warm in a round bowl. Not to be confused with Tangyuan, which are colourful glutinous rice balls enjoyed during the winter solstice. Both desserts share a similar meaning: reunion and familial love. Yuanxiao rice balls are typically made bigger than Tangyuan, which also symbolises the full moon.

Lantern Festival is also commonly called Yuanxiao in Mandarin, roughly translates to First Moon Night. Its origins date back to the Han Dynasty, circa 202 BC to 220 AD, when Buddhism spread in China. Peasants and imperials alike would light lanterns to honour Buddha. It was only known as First Month Fifteenth then; until Taoism was introduced and amalgamated with Buddhist practices and thus named the festival Yuanxiao – Yuan means full moon in Taoism. The dessert name, however, bears a different tale.

The scholar & the maid 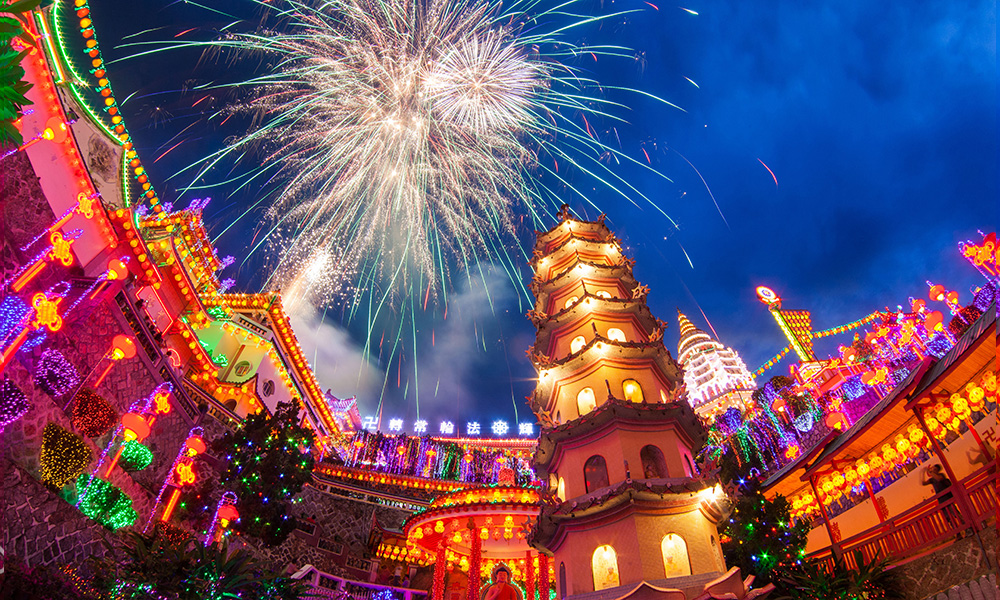 The famed Han imperial scholar Dongfang Shou came upon a court maid in the palace garden. She was crying and about to jump into the well. Dongfang stopped her and gently asked what drove her to seek suicide. The maid’s name was Yuanxiao, and she missed her family so dearly. No palace maid was allowed to leave, nor make contact with the outside world. It had been years since Yuanxiao saw her parents and sister. The yearning was especially unbearable during Lunar New Year.

Dongfang swore he shall find a way. He set up a fortune-telling booth at the public bazaar. Drawn by his renowned wisdom, people from all walks of life came to him. But all his predictions told of the fire god sending a red-clothed goddess to burn the capital city, on the 15th day of Lunar New Year. He waited till the rumours reached the emperor, who finally summoned him to offer a solution.

Dongfang told the emperor that the fire god loved to eat Tangyuan, so everyone in the capital, peasants and imperials alike, should make it to honour the god, and extra special, with a sweet filling. Also, turn the 15th into a massive festival, with bright lanterns and fireworks everywhere. This would trick the fire god to believe the city was already burning.

All a ploy, of course. News of the grand festivities spread across the land, and many came to the city, including the maid Yuanxiao’s family. As the royal parade passed through the capital plaza, she finally had a chance to reunite with them.

Thus the day became a traditional festival and the special Tangyuan for the fire god was named Yuanxiao.

A bowl of love & joy 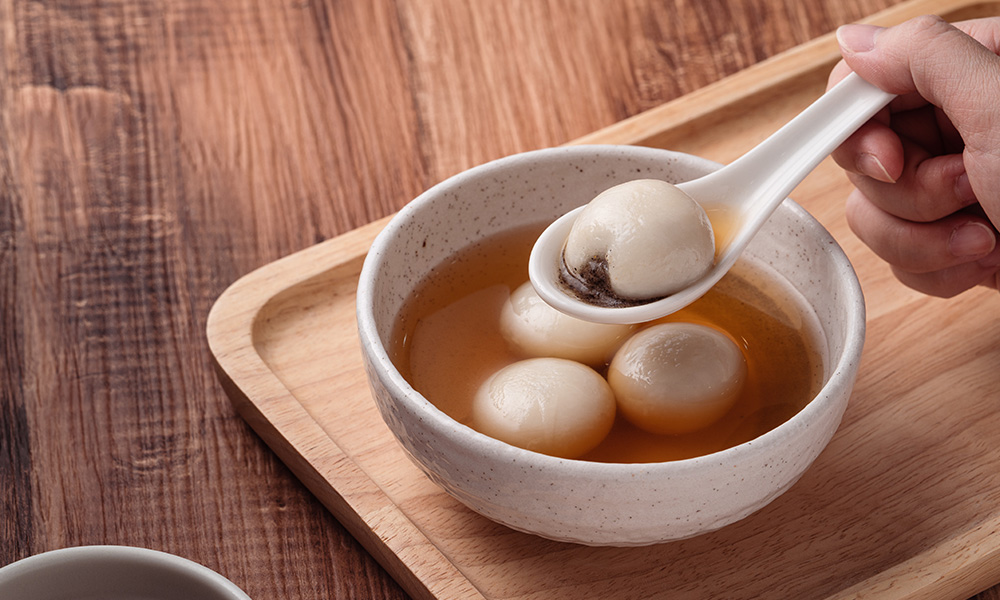 Yuanxiao rice balls are tender to chew. The black sesame and peanut paste filling bursts with fragrant sweetness with every bite; tempered by the warm ginger soup. No Lantern Festival celebration is complete without it. A dessert that expresses love, warmth and familial love, enjoyed by all. Curious about how it’s made? Come watch this subtitled recipe video!