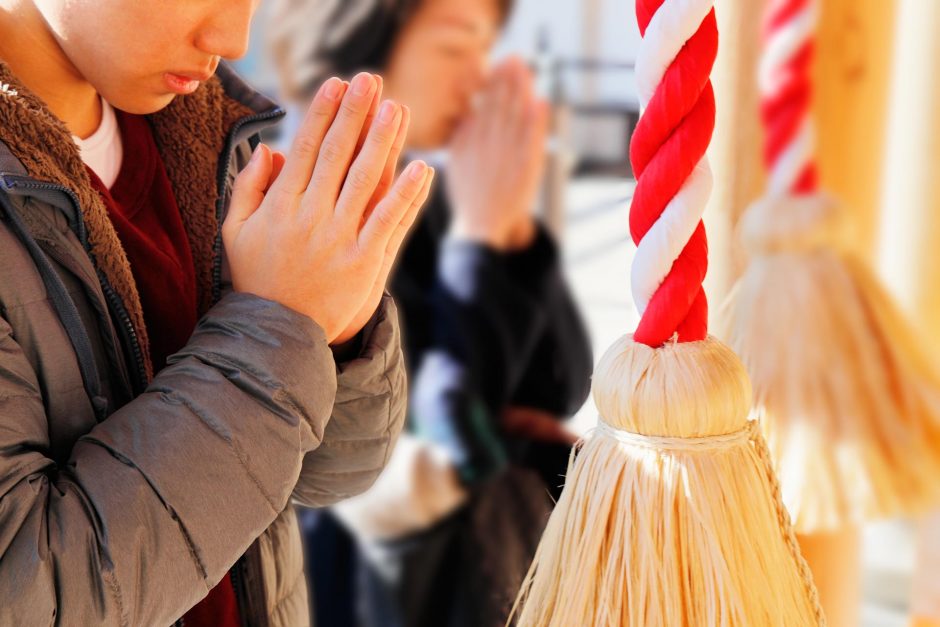 The coming of a New Year is the time of reflection and merriment with the hope for a better future, best shared with our friends and family. For the Japanese, it is more than a one-day festival, but a complete set of traditional customs called Oshogatsu that begins in mid-December, peak during the first three days of the New Year, and draws to a fiery conclusion on 15th January. A celebration that crosses from the past to start anew, with the blessings of the Year God, Toshigami. 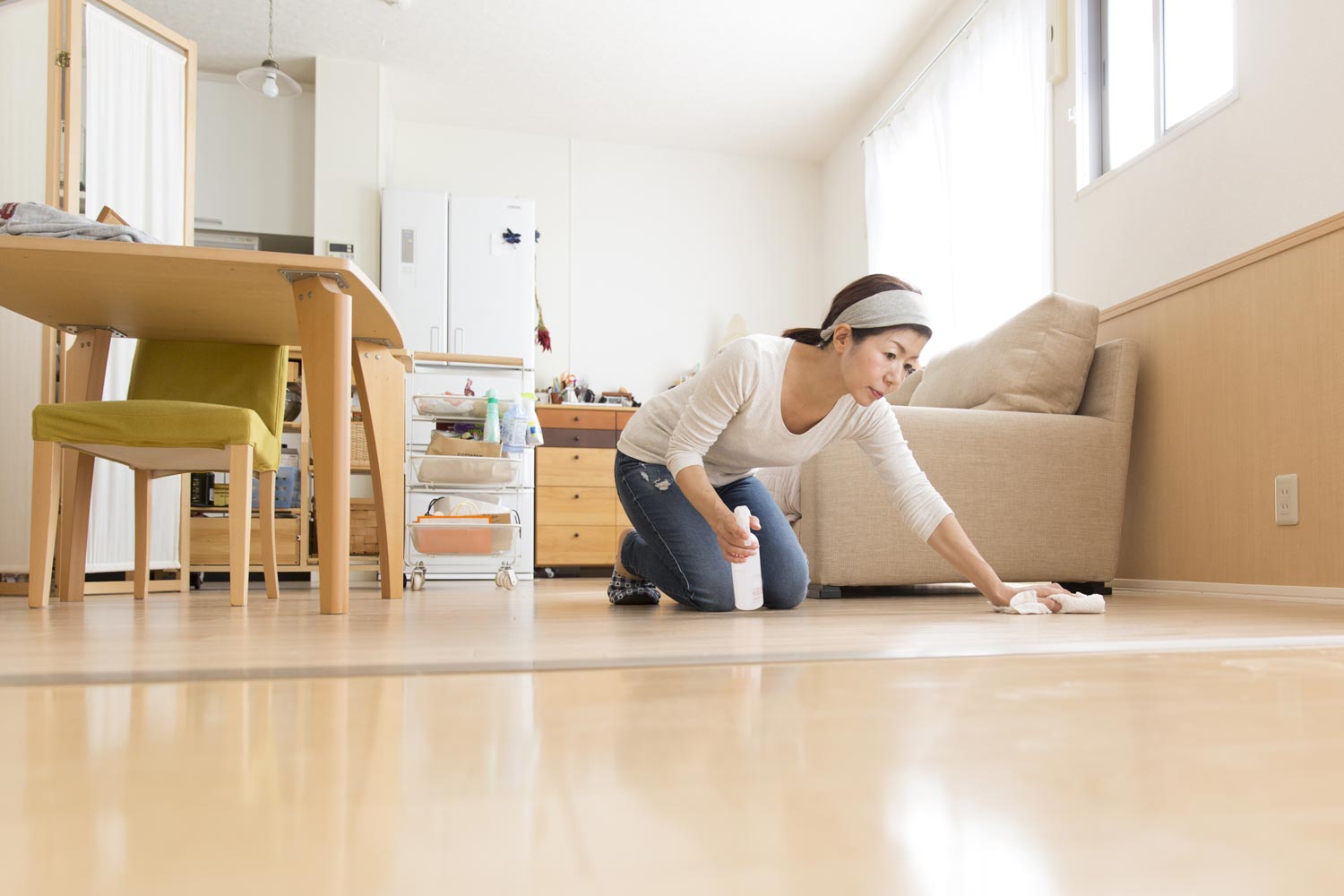 House cleaning is a must, done during mid to late December. Beyond cleanliness and hygiene, Susuharai is also about clearing away last year’s dust and dirt to welcome the new year – especially symbolized by beating the dust off tatami mats, and disposing broken items. Susuharai is not just a household affair, but an important ritual for Shinto shrines and historical castles, cleaning the magnificent compounds from the roof tiles to the floors; and hanging the Shimenawa straw rope of paper totems that ward off evil spirits. 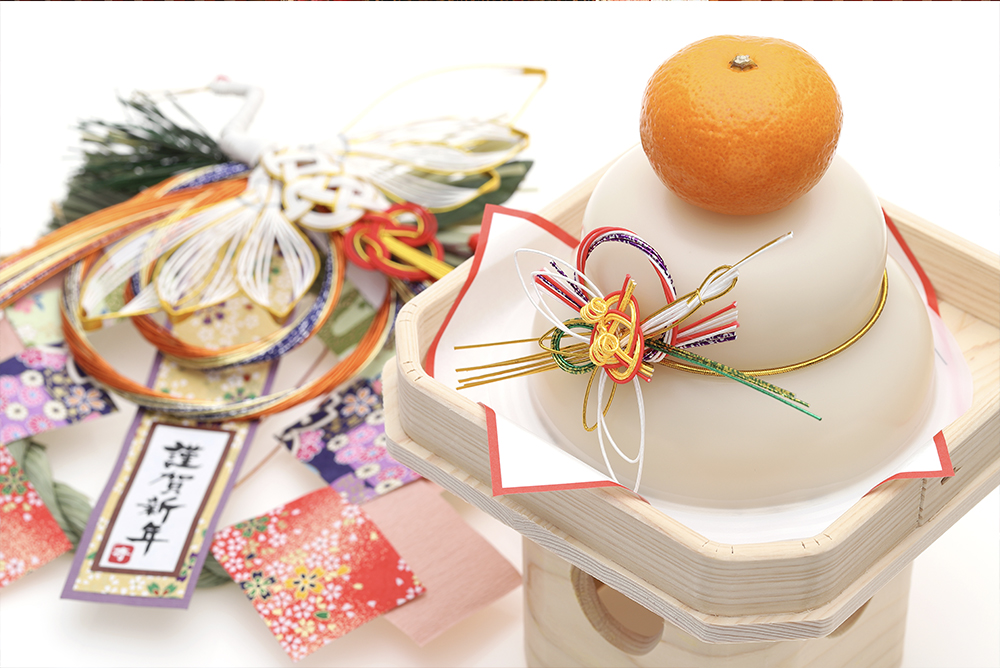 The Kadomatsu - Pine trees in bamboo pots to flank your house’s doorway, and welcome Toshigami. Some also come with extra plum trees and flowers.

Kagami Mochi – Two round rice cakes stacked with a small decorative Daidai orange on top, to be placed on the family altar or in the living room. The cakes symbolize looking forward to another auspicious year, and the orange represents the continuation of family through the next generation.

All Japanese New Year decorations are made with paper and plant materials, to be burned at the festival’s finale on 15 January, to symbolize rebirth and renewal. Except for the Kagami Mochi, which is cooked and eaten for auspiciousness on the same day.

Season greeting cards beautifully designed with the New Year’s zodiac animal are sent to coworkers, friends and family members, to express gratitude for the past year, as well as to wish for better days ahead. They are usually posted from early December, and stamped with a special mark to ensure that they’re received exactly on New Year’s Day. 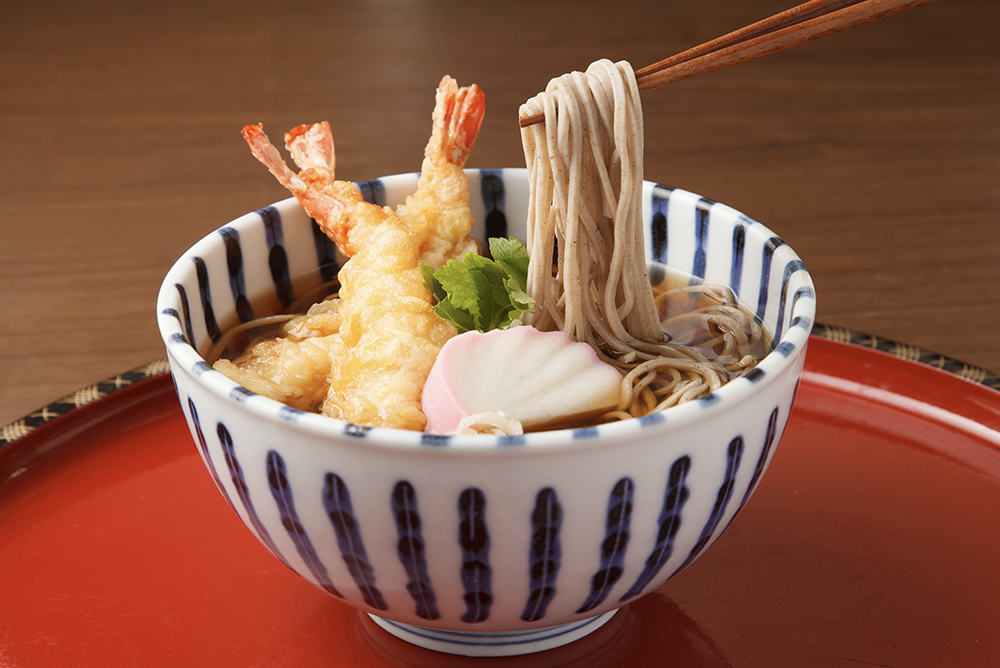 On New Year’s Eve, a special dish of buckwheat noodles is savoured. Buckwheat is a resilient crop that can thrive even in harsh farming conditions, and so represents the strength to persevere; while the long, thin noodles symbolize longevity and health. This umami, auspicious delight should be eaten before midnight. Make yours with our special soupy recipe, accompanied with fish cakes and wholesome seaweed, flavoured with kombu, sake, mirin and soy sauce. 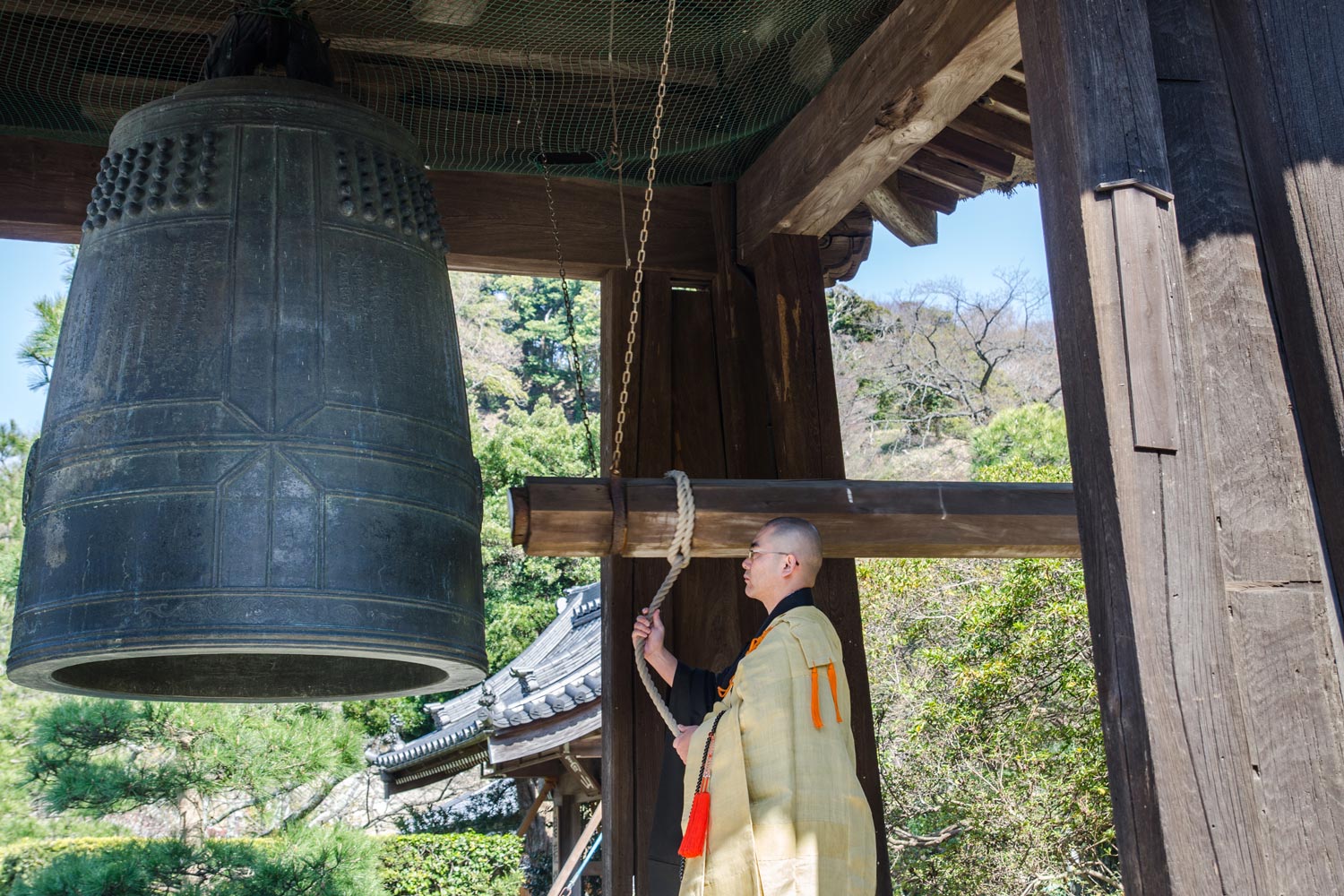 Also on New Year’s Eve, Buddhist temples all over Japan ring a large bell called ‘Kane’ for 108 times – an event on its own attended by hundreds, like a grand countdown. The bell rings are meant to clear and ease the 108 earthly desires, wants, negative emotions and attachments in Buddhist belief; to start the New Year fresh in peace and harmony. 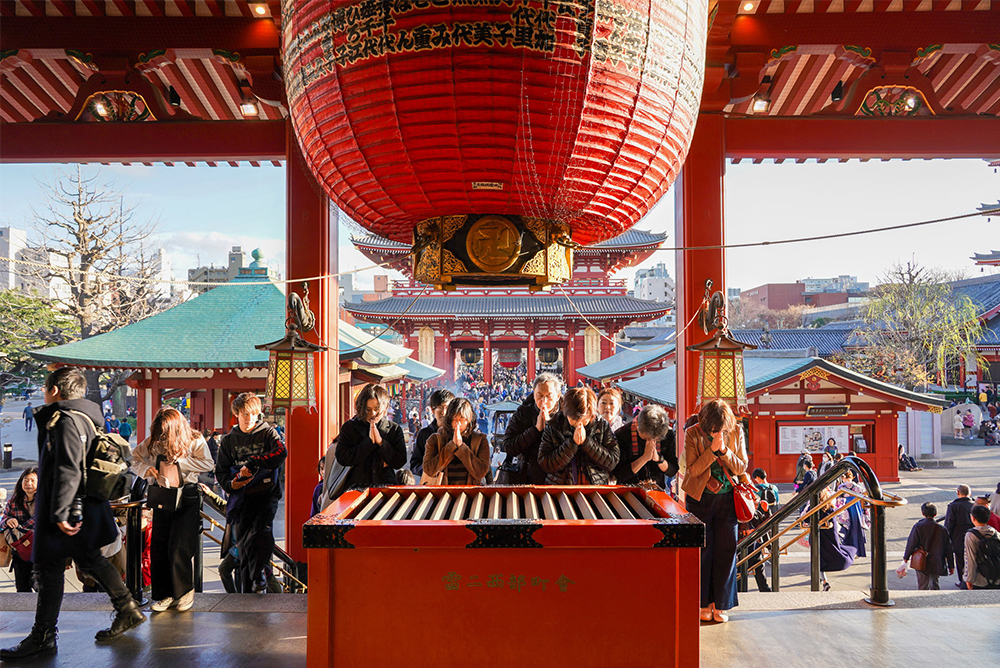 Now comes the height of the festival: the Hatsumode shrine visit during the first three days of the New Year, to receive blessings from the most revered Shinto deities, experience the joyful communal spirit, and enjoy all kinds of specialty snacks. 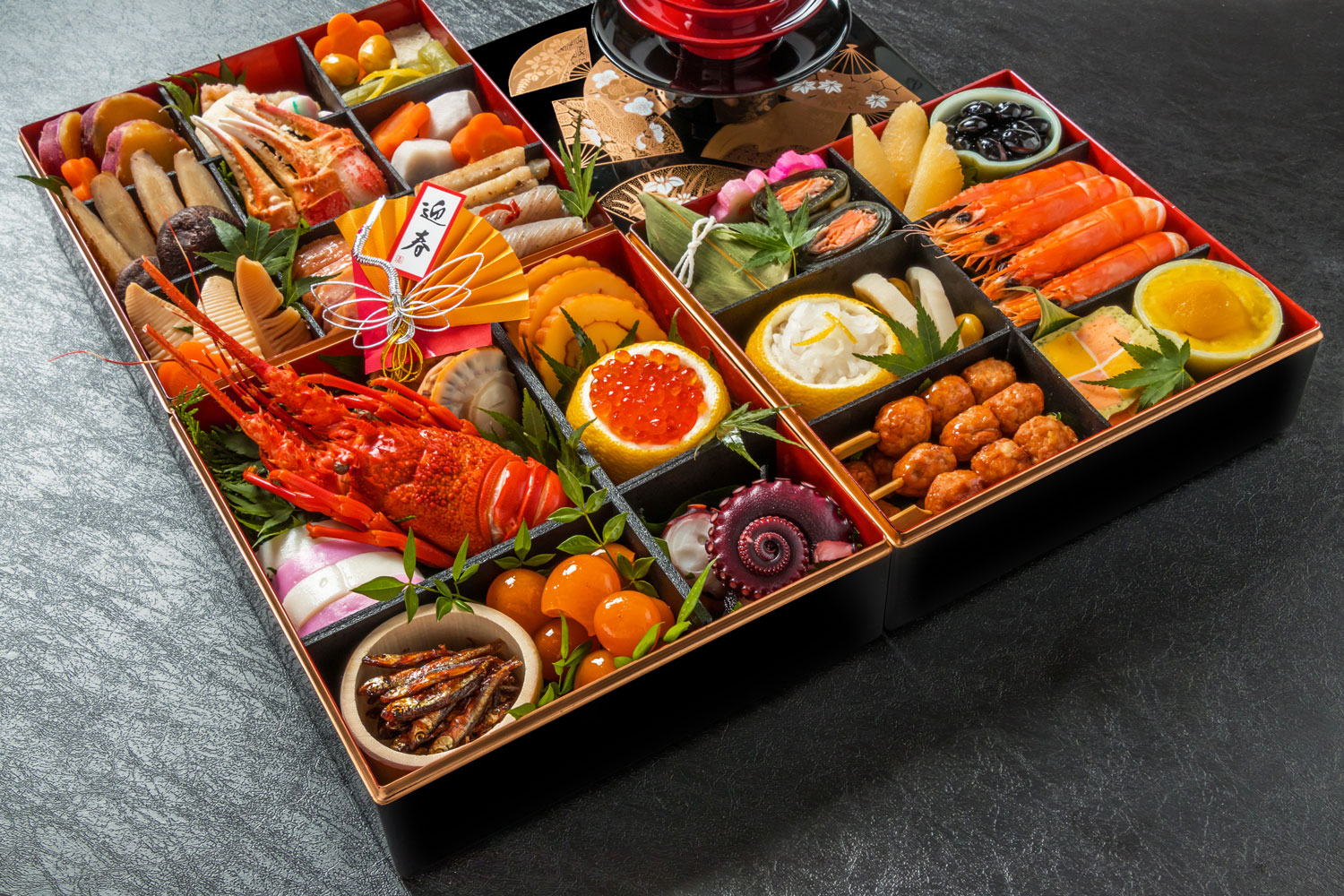 In ancient times, cooking was forbidden during the first two weeks of the New Year, to allow for housewives a time for rest and festivities with their family. Thus, all food was prepared and preserved prior in sumptuous bento boxes, called Jubako. This particular practice and the collection of delicacies is called Osechi Ryori, as in ‘food for the new season’. Today, these yummy extravaganzas are beautifully arranged and crafted, available from top chef restaurants to supermarkets, and even convenient stores like 7-Eleven; though many traditional families still make their own. Learn more about the many flavours and delights of Osechi Ryori here. 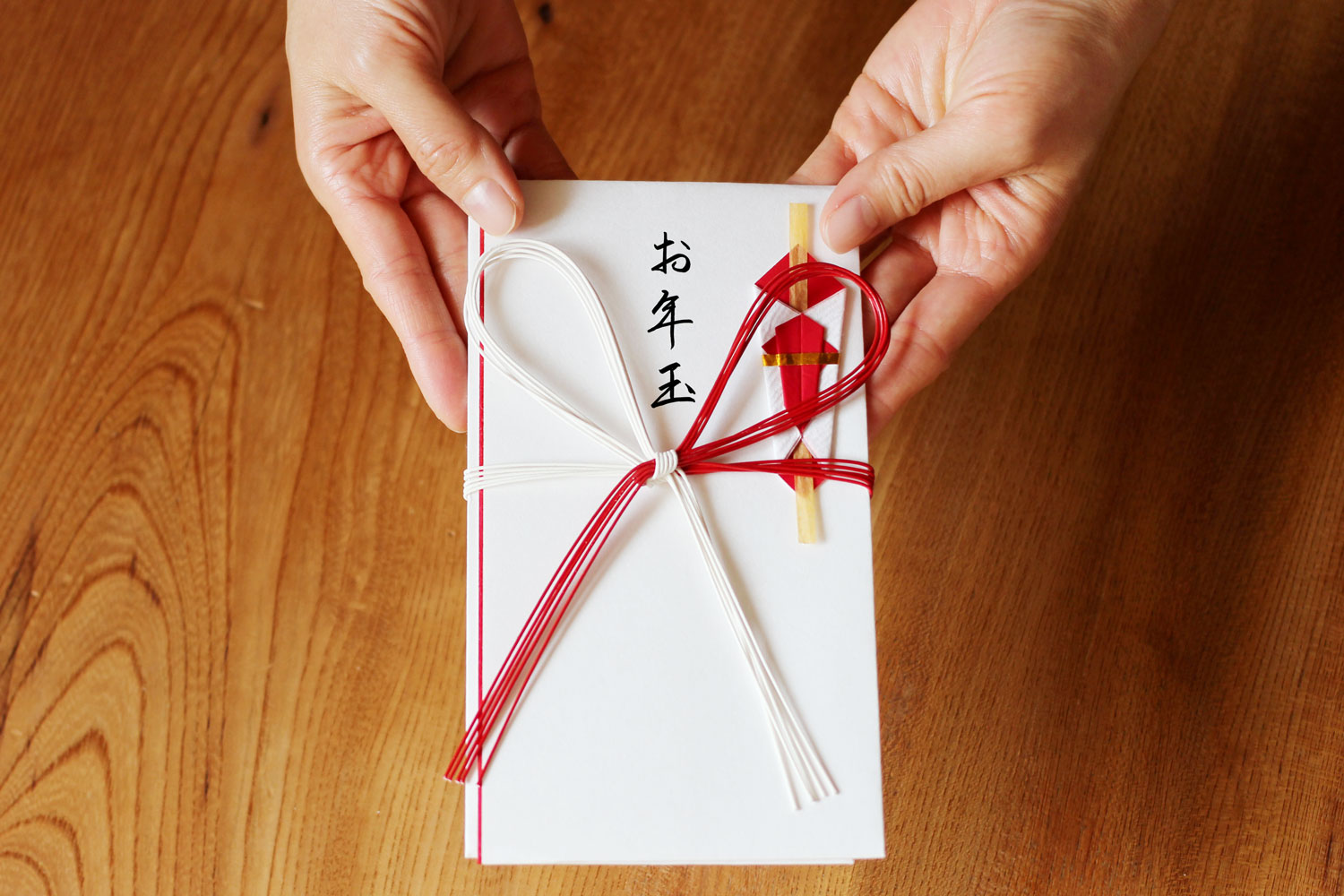 Similar to Chinese Lunar New Year red packets (ang-pow), Japanese children receive paper packets filled with money from their family elders; as a gift for the coming year, and often as an encouragement to do better at school. Otoshidama is commonly given until the age of 20, with the amount of money raised every year. 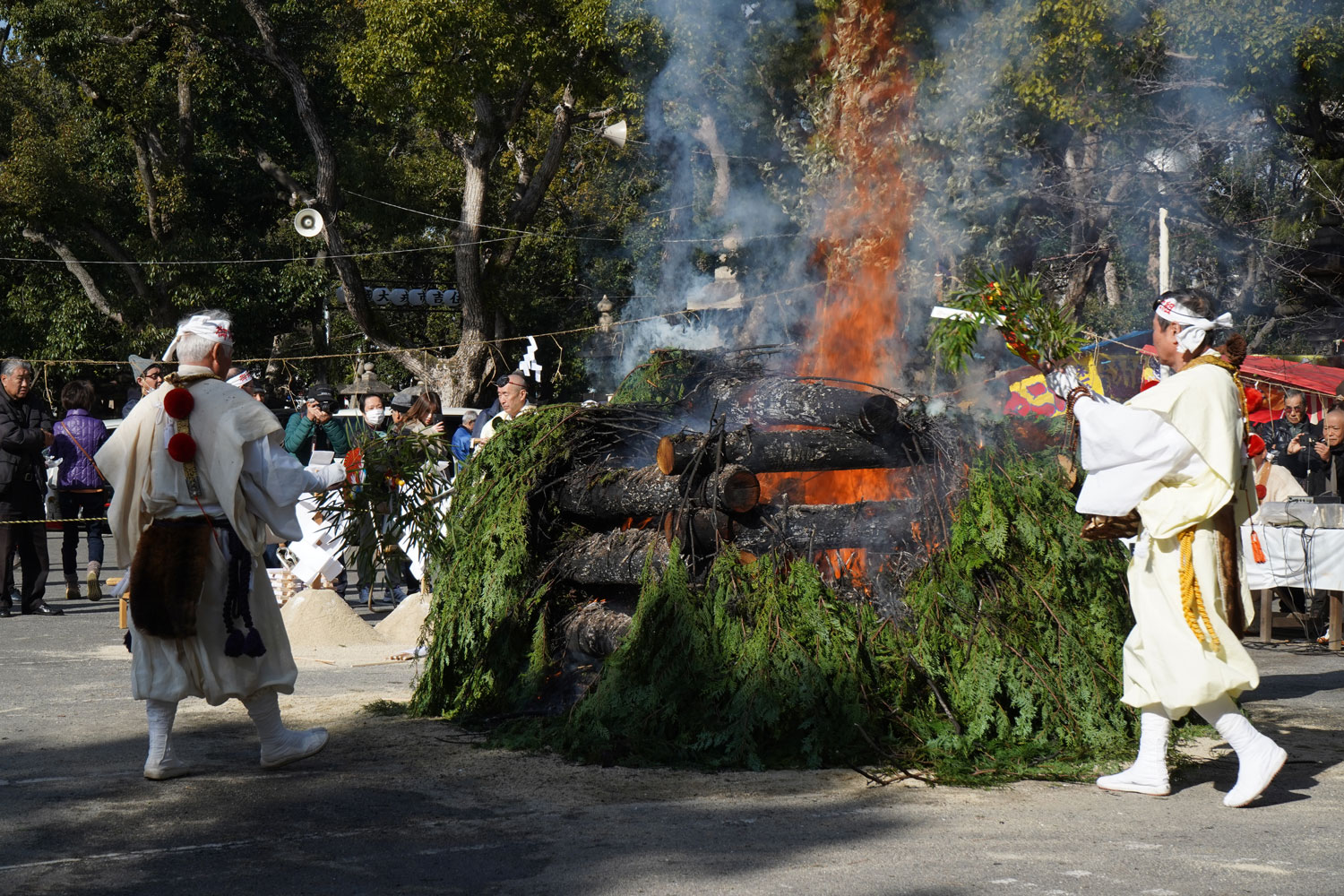 The Oshogatsu festival comes to a close on 15 January. The decorations are collected and burned at the shrines, or communal worship places – a ritual with simple prayers called Dondo Yaki, to thank the Toshigami deities for the visit and blessings, and to bid them farewell until the next year.

And with that, we at Asian Inspirations wish you a hopeful, joyous and flavoursome New Year!