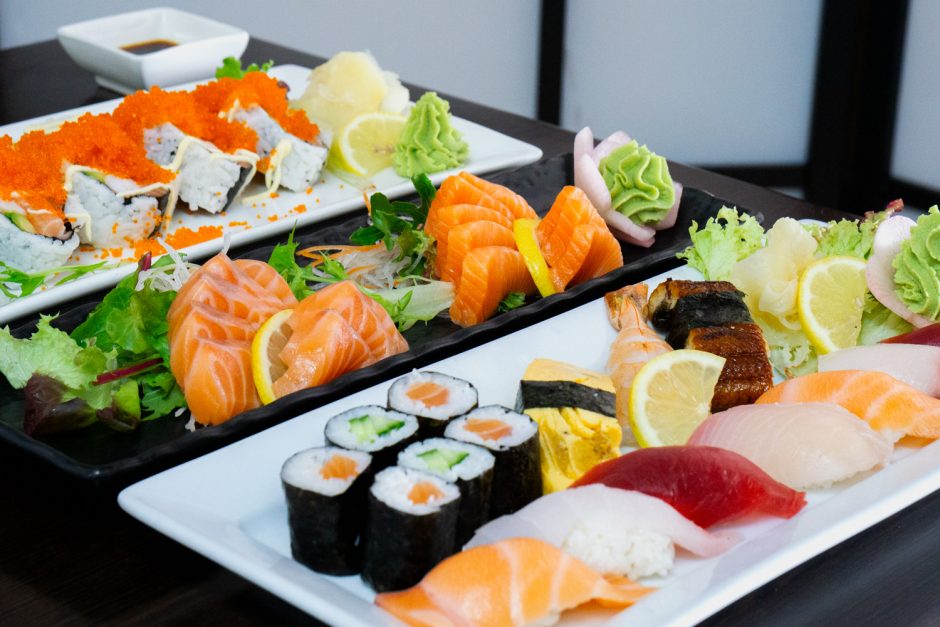 Murasaki Tanuki is a small, homey Japanese restaurant on the Stud Road shopping strip in Wantirna South. The Hayashi family have been operating the business for three years, feeding affordable Japanese fare to diners eating in, as well as to busy customers buying takeaway sushi on the go.

Hiro Hayashi, from Kobe, Japan, started working as a chef when he was 16. Four years later, he was invited to come to Melbourne to work in a restaurant also called Murasaki. He continued working there for years until the place closed down, after which Hiro decided to open up a restaurant of his own. After getting the approval from his old boss, they’ve named their restaurant Murasaki Tanuki; ‘Murasaki’ means ‘purple’ and ‘Tanuki’ is a raccoon dog, which holds a special place in Japanese folklore and has become the restaurant’s mascot.

On their menu is something for everyone; with a wide variety of tanpin (starters), donburi and bento, there’s bound to be something for even the pickiest of eaters. Their sushi and sashimi is prepared to order, using super fresh seafood and ingredients, and plated with the finesse you’d expect from a Japanese chef with the years of experience Hiro has. If you’re tight for time, drop by and pick up a few hand rolls on the go—they’re great as well!

Murasaki Tanuki isn’t limited to only savoury options. Order a coffee and indulge in a slice of homemade cake made by Hiro’s daughter Kana, who studied how to make beautiful Japanese style desserts in Japan for two and a half years.

The place is super popular with the locals, and it’s easy to see why, with great customer service, plenty of authentic Japanese favourites on offer at an affordable price in an unpretentious restaurant. 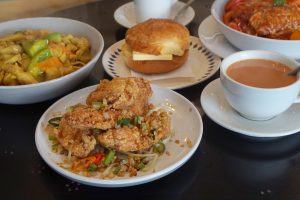 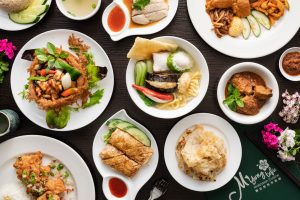 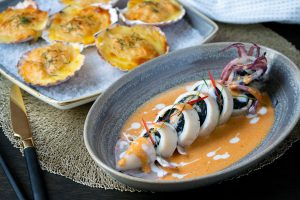