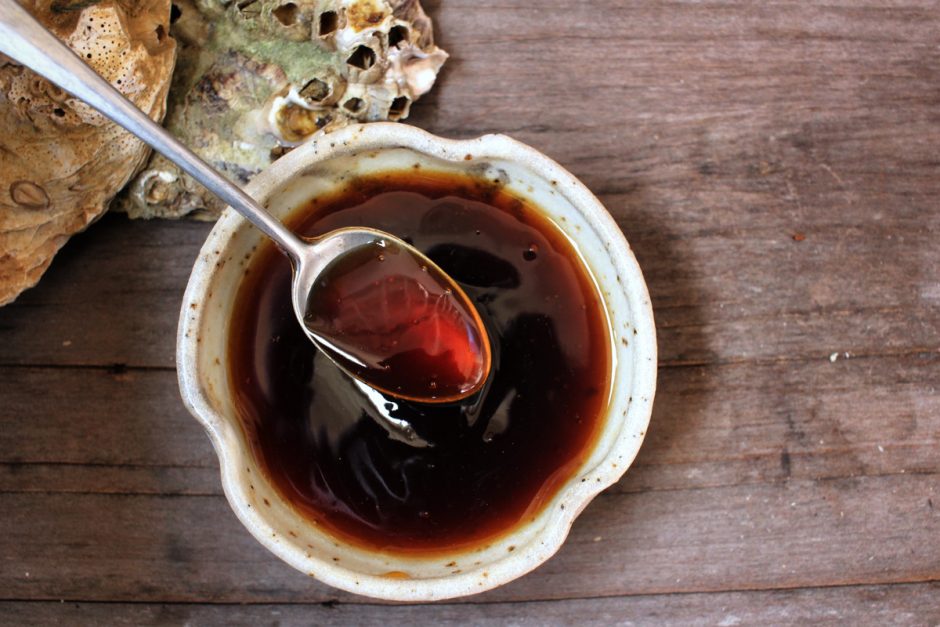 If you’ve eaten Asian food, chances are you’ve sampled oyster sauce. Whether tossed with steamed Asian greens or blended into stir-fry and dipping sauces, it’s a key ingredient in myriad delicious dishes. But apart from being in a whole host of Asian treats, the average eater probably doesn’t know much about it. Luckily that’s where we come in.

Oyster sauce was invented in Guangdong province in China by Lee Kum Sheung completely by accident. Lee ran a tea stall and also sold oysters simmered in broth. On this auspicious day, Lee was flat out selling tea and lost track of the oysters. It wasn’t until he smelt a strong and surprisingly delicious aroma coming from his oyster pot that he had a look. Lifting the lid on the soup, he was amazed to find a viscous brown liquid bubbling away. And it smelt divine. Lee started selling his new invention as a condiment, and it was a huge hit with the locals. Flush with new-found success, Lee quit the tea stall and started Lee Kum Kee, now one of the world’s largest sauce manufacturers. Sometimes it’s better to be lucky than good!

So now you know about the genesis of oyster sauce, but how is it made today?
Traditionally the sauce was made the way it was discovered – boiling down oysters until they dissolved into a delicious, thick brown sauce. Modern ‘True’ oyster sauce of good quality should be made by condensing oyster extracts, a white broth produced by boiling oysters in water. This opaque broth, similar to the colour of clam juice found in supermarkets, is then reduced until the desired viscosity has been reached and the liquid has caramelized into a thick, deep-brown sauce. Nothing else, not even salt, should be added to the sauce. The oysters should provide all the flavour. Sadly, this method is prohibitively expensive, so like any mass-produced foodstuff, changes have to be made to generate the amount required.

The main difference is in how the oyster flavour is added. The best quality sauces still use oyster extract, but many cheaper sauces use essence. Essence is usually a synthetic or artificially produced flavour, modelled on oyster extract. When you’re shopping for oyster sauce, remember this!

After the oyster flavour is added, cornstarch, sugar and often soy sauce are used to thicken it up and add depth to the flavour. Cooking caramel is sometimes added to help with providing a rich brown colour.

Bottling is often carried out with the sauce still at a high temperature to keep contamination and health issues down.

So when you’re out searching for a quality oyster sauce remember to check if it uses extract or essence.

You can try to make it at home in the traditional way, but please note, it will stink out your house.