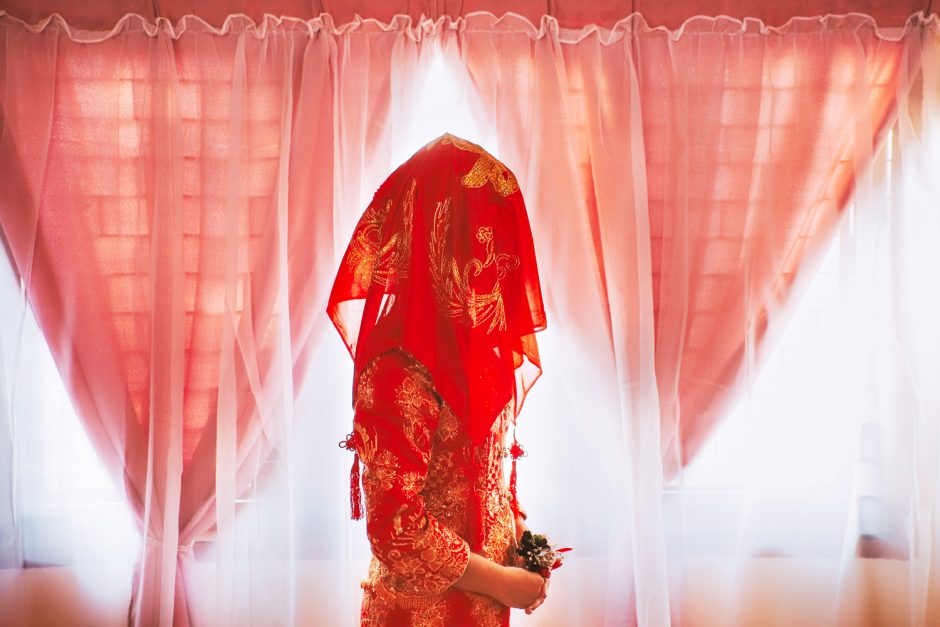 The customary traditional Chinese wedding dresses in Northern China is generally a one-piece frock adorned with silver and gold designs known as Qi Pao. Brides from South China usually wear a two-piece dress known as Qun Ga, Cheongsam or Kwa, which are decoratively ornamented with a dragon and a golden phoenix.

During the early days, brides used a red veil to cover their face during the wedding. This custom was followed so that the couple could see each other’s face for the first time on their first day together as a married couple.

At most of the Chinese weddings, the bride wears a qipao. There are some brides who actually wear more than one wedding dress. Most of the brides choose three dresses that include one red qipao, one white Western style gown, and a third ball dress. The bride starts the marriage ceremony with one of the dresses among these.

Typically, the groom wears one or two suits. While some of the grooms may choose a traditional Zhongshan suit or Mao suit, it is expected to see the older guests in a Mao suit. As an alternative, most grooms wear tuxedos or a western-style business attire. In addition to these dresses, the couples may either wear the same wedding dresses while posing for wedding pictures.