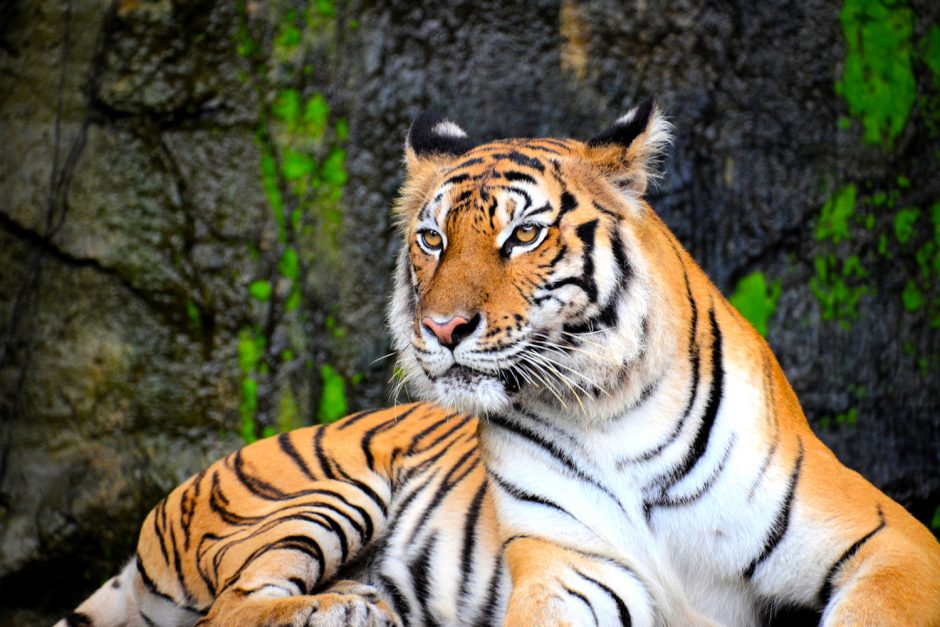 More than just prized for its beauty and majesty, the tiger bears a greater symbolism in Chinese culture. In China, the tiger is considered the king of all beasts as it symbolises power and a great deal of nerve. It is also known as the king of the mountain.

In traditional Chinese culture, the tiger is also a symbol of luck. Considered to be an embodiment of “yang” – or positive – energy, the tiger is a ‘solar animal’ in Yin-and-Yang philosophy, and associated with the sun, summer and fire. They symbolise Power, Energy, Royalty, Protection, Generosity, Illumination, and Unpredictability.

This fearless creature is also revered as the symbol that wards off the main disasters of a household – ghosts, fire, and thieves. To this day, images of tigers and dragons are often paired on walls of temples. The head of the tiger used to be painted on soldiers’ shields in order to terrify the enemy. Tigers are also associated with the God of Wealth, who is often seen sitting on a tiger in Asian art.

In ancient Chinese myth, there are five tigers that hold the balance of cosmic forces and maintain harmony.

The five Asian tigers and their meanings are:

Tigers figure largely in Chinese classical literature and performance art. They are also the main protagonists of many folk tales and proverbs. The tiger image in China is synonymous with success and achievement. The symbolism of the Tiger in Chinese culture is as diverse as the noble creature itself.