Home > Experiences > The History of Dumplings 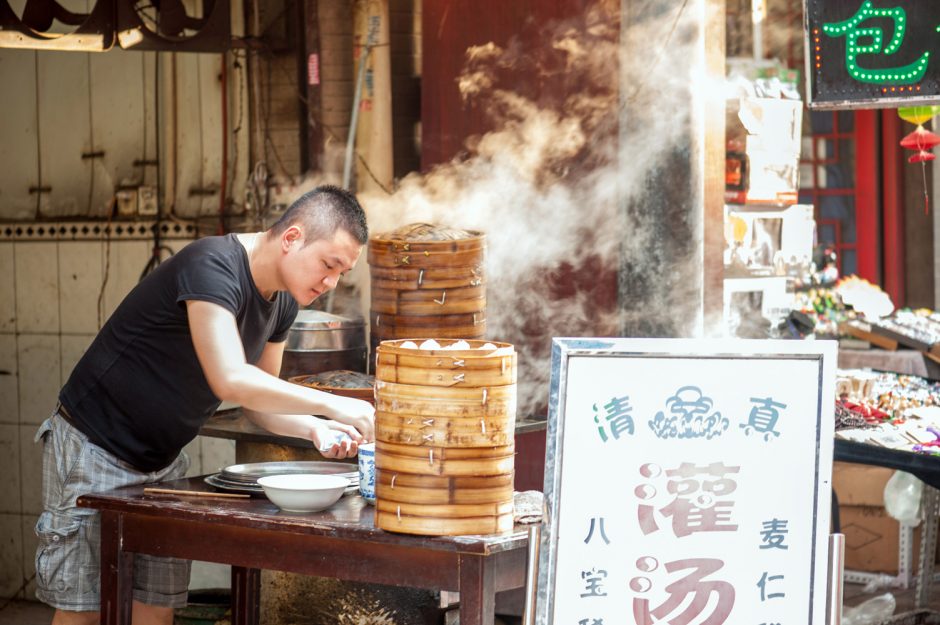 Dumplings are an ancient food. Dumpling recipes can be found in Ancient Roman texts, while Chinese dumplings are thought to have been eaten as far back as 200 A.D. And just like the old pasta vs noodle debate, no one really knows for sure where they originated or when the first dumpling was eaten. But here’s a look at the some of the things we know.

Just like bread, dumplings probably arose independently across several different cultures and continents as a way to stretch a small amount of food further. Mix some pork or beef with cabbage and wrap it in dough and it’s a pretty filling meal.

The first known recipes for dumplings appear in Apicius, a Roman cookery text, and they still sound delicious by modern standards. One personal favourite contains roasted pheasant, chopped fine and mixed with fat, salt and pepper and moistened with broth, then poached in seasoned water. Yum! Filled dumplings, however, were almost certainly eaten in China earlier than in Europe, with a version known as jiaozi thought to have originated some 1,800 years ago.

According to legend, Chinese stuffed dumplings were invented during the Han Dynasty by a man named Zhang Zhongjian, a famous practitioner of traditional Chinese medicine. Zhang had returned to his ancestral village during a particularly bitter winter, and noticed that many of his friends and family were suffering from frostbite, especially on their ears. Zhang, being the problem solver that he was, came up with a miracle cure. And no, it wasn’t hats. Zhang cooked up a batch of mutton, chilli and healing herbs, wrapped them in scraps of dough, then folded them to look like ears. Because eating food that looks like the body part you want to heal will then heal that body part. Obviously.

The results of Zhang’s dumpling cure are not recorded, but regardless of whether or not the villagers kept their ears, they did have a delicious new type of food to eat.

Humble beginnings for one of the world’s most beloved food stuffs.