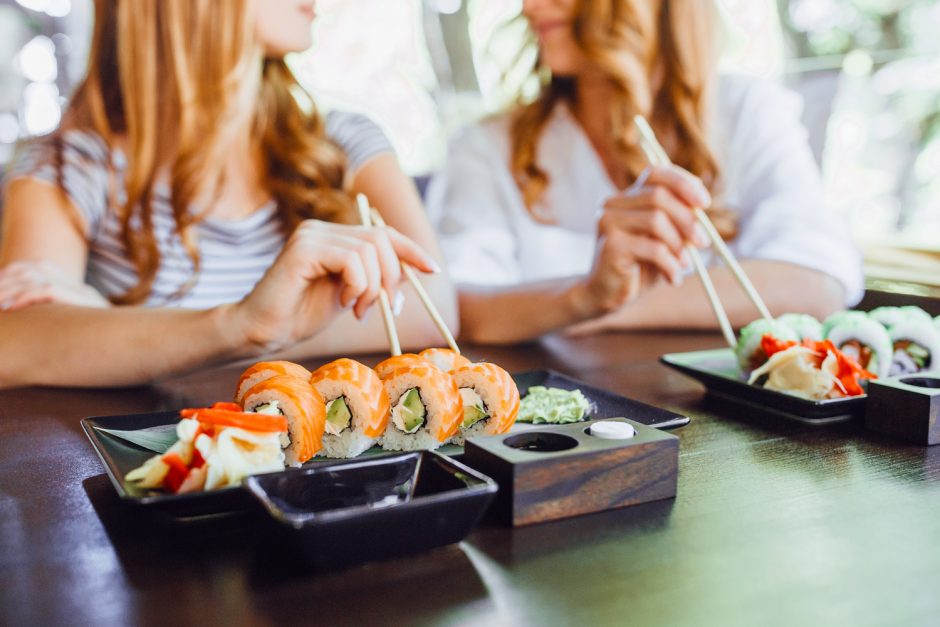 Your mum has spent her life providing for you, now it’s time to return the favour!

But rather than chucking your stock standard roast in the oven or going out for yet another stack of smashed avo, why not do something exciting with Asian flavours?

With so many great cuisines and cultures across Asia to choose from, it’s taken us a while to whittle down our best Mother’s Day options, but here they are, and none will disappoint!

Teppanyaki is a Japanese style of cuisine where the chef cooks the food with an iron griddle. Teppanyaki literally means ‘grilling on an iron plate’, as the word ‘teppan’ means ‘iron plate’ and the word ‘yaki’ means ‘grilled’. The first restaurant to officially introduce the concept of teppanyaki as we know it was Misono in Kobe, around 1945.

While it was initially rejected by the locals, American ex-pats loved it and it soon spread across the West.

These days it’s as much about the show as it is about the food, with chefs setting oil on fire, throwing rice and beef around and chopping everything as loudly as possible. But it’s great entertainment and pretty damn tasty too!

The perfect alternative to brunch, this Cantonese staple is the perfect way to relax and gorge yourself. Trollies stacked high with every dumpling you can imagine, plus crowd favourites like glutinous rice, braised pork ribs and the ever-polarising chicken feet.

You won’t even have to worry about ordering, just sit back and let the food come to you!

Rather than throwing a few snags on the barbie, why not throw on some bulgogi! Korean barbecue is a great way for families large and small to eat together. You can order whatever meat and veggies you want, and cook them all together over the grill. It brings everyone together and forces you put down your phones—and it’s delicious!

Think degustation, but Japanese style! Mostly associated with sushi and sashimi, this style of Japanese banquet involves a number of dishes brought out individually building from the lightest to the heaviest.

The expectation is the chef will take traditional techniques and ingredients and use them in interesting—and delicious—new ways.

If you’re looking for a different look at fine dining, you should give it a go!

The budget option on the list, hotpot—a lot like Korean barbecue—brings everyone together around a central cooking element and lets everyone get involved in the process. It’s great for larger families with kids who are quick to get bored or wander off, and it’s a fantastic way to feed a big group of people. With a whole bunch of different soup bases, dipping sauces, meats and veggies to throw in, there’s something for ever palate, and might be an eye-opener for some mums out there!