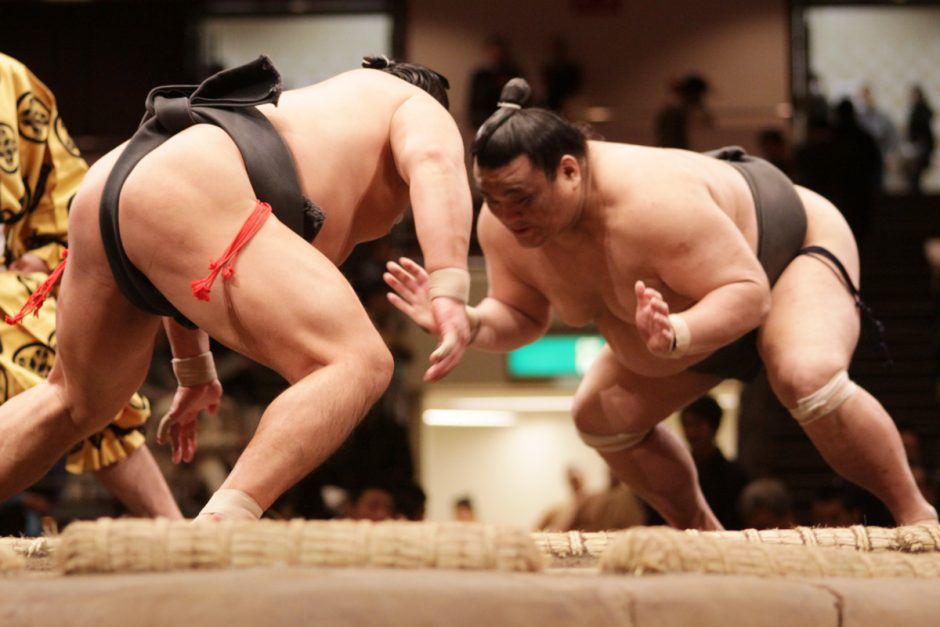 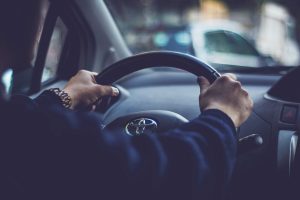 Sumo wrestlers aren't allowed to drive, not because they are too big, but because the Sumo Association banned driving after a wrestler was injured in a car accident in 1985.

Sumo wrestlers are big. I mean, really big. Your average sumo weighs 148 kg. The average Australian male weighs 85 kg, so you’re talking almost double the size. IF you want really big, then check out Yamamotoyama Ryūta. At 265 kg, Ryūta is the heaviest Japanese-born sumo wrestler in history and is also thought to be the heaviest Japanese person ever. 265 kg! It takes a lot of food to not only get that big, but to sustain that weight. And considering sumos work pretty hard in training and in matches, you’re looking at a vast caloric intake that would make most people’s stomachs churn just with the thought. So what do they eat?

Sumos – or rikishi as they’re known – train hard all morning and don’t eat their first meal till midday. The idea is they work up and appetite, and what an appetite! Then, when training is finished for the morning, the Rikishi file into a dining room and sit down in order of seniority. When everyone is seated and the order established, the rikisihi on kitchen duty starts preparing chankonabe.

Chankonabe by itself is a pretty healthy dish. Protein-rich – that means full of meat – with heaps of veggies all simmering in a rich chicken broth or dashi. There’s not really a set recipe, with the rikishi preparing it usually just throwing in whatever is in the kitchen at the time. Having said that, it invariably contains chicken – quartered, skin on – and fish balls and is served with rice and beer to increase the weight gaining properties. It’s doled out to the sumos in order of importance, with the most senior rikishi and important guests serving first, while the junior sumos get to fight over whatever is left.

The Japanese consider chanko a nutritious dish that helps make your bones denser if you eat it in moderation, but of course, rikishi doesn’t eat in moderation. Konishiki (pronounced Ko-NEESH-kee), the Hawaiian-born sumo legend affectionately known as ‘Meat Bomb’, refers to chanko as “a legal steroid”, and it’s eaten in sumo stables all across Japan. The agreed upon theory behind the name is it comes from Chan, an endearing name to call Oyakata, or a retired sumo wrestler coach (coming from To-chan or daddy). And ko comes from kodomo, or a child or a pupil (deshi). So chanko stands for a meal that the sumo coach and his pupils share.

Chankonabe is super popular among the non-sumo wrestling population, often served in restaurants operated by retired sumo wrestlers who specialise in the dish. The first chanko house, Kawasaki Chanko, was started in 1937 in the Ryōgoku district of Tokyo, home to many prominent sumo stables.

When chankonabe is served during sumo tournaments it’s always made with chicken as the protein. The idea being that a rikishi should always be on two legs like a chicken! So 4 footed animals are avoided, lest the sumo start to imitate them.

Don’t be put off by its role in sumo weight gain. Chanko is a delicious hotpot you can use to feed your family, and because there are no hard and fast rules around the ingredients, you can really tailor it to fit your palate. Plus, like all hot pots, it’s a great way to get everyone around the table and interested in the food.