Home > Experiences > Okinawa: A Paradise with Its Own Unique Identity 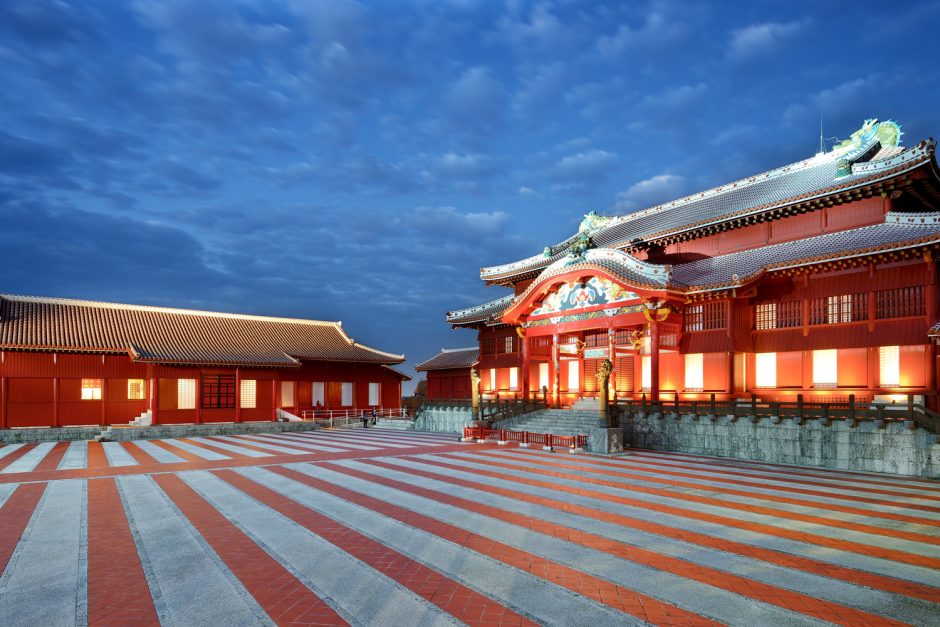 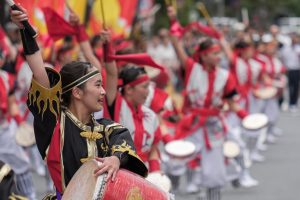 Eisa Matsuri is a type of folk dance originating from Okinawa. Traditionally, it is performed on the 15th of August in accordance with the Lunar calendar and displayed during Kyu Bon; a festival which honours its ancestors's spirits.

While each of Japan’s 47 prefectures will boast of having their own distinct culture, the culture of Okinawa is said to be one that is truly unique from the rest of Japan. Comprised of the southernmost islands of the Japanese archipelago, the Okinawa prefecture used to be an independent state known as the Kingdom of Ryukyu for around 450 years. It only became a Japanese prefecture in the 19thcentury, though it would later fall into American administration from 1945 to 1972, following the Battle of Okinawa.

Okinawa’s diverse history is reflected in its mascots Mahae-chan, who appears in a traditional Ryukyu costume, and Maharo-kun, whose backstory says he moved from Oahu, Hawaii to follow his grandmother’s Okinawan roots and serves as a bridge between Okinawa and the world.

The Ryukyu kingdom may be long gone, but its culture still lives on through its many traditions, and Ryukyuan languages that are still being used by its senior residents. Okinawans still celebrate their Ryukyuan past at the Shurijo Castle with historic re-enactments held at the castle throughout the year. Many of their traditional festivities still have its roots in ancient beliefs such as the Hari traditional boat races that are held around late May to June as a prayer for the fishermen. The Eisa performances, seen between June and August, are meant to send-off ancestral spirits, whereas massive Tug-of-War events held between July and September are accompanied with prayers for good fortune.

Like its traditions, traditional Okinawan cuisine has influences from Chinese and Asian dishes. One of Okinawa’s most staple dishes is Chanpuru. Chanpuru, which means “to combine” in its local dialect – with sources saying it stems from the Malay word “campur” which has a similar meaning – are stir-fried dishes comprising of tofu mixed with vegetables, and meat or fish.

Another uniquely Okinawan cuisine is its soba, which is made entirely from flour instead of buckwheat. This gives it a texture that is closer to ramen, instead of standard Japanese soba which requires it to contain “at least 30 per cent buckwheat”. And while Okinawa tuna catch is the third largest in the country, their diet features a lot of pork, and used in dishes such as its Soki Soba, and Rafute. The local’s love for pork is balanced by servings of mozuku, a local seaweed that is high in alkaline with anti-cancer and immune system boosting properties, which is said to contribute to Okinawans having a higher chance of living to a 100 years old than fellow compatriots in Japan.

Due to its subtropical climate, Okinawa is warm and comfortable throughout the year. This makes it perfect to enjoy Okinawa’s crystal blue sea, pristine white sand beaches, coral reefs, and myriad of colourful tropical flowers that bloom throughout the year.

Okinawa will be one of five Japanese prefectures to be featured at the Experience Japan 2017 fair. The prefecture’s unique culture and crafts will be showcased at the exhibition, such as its Ryukyuan glassware and Sanshin guitar, alongside its black sugar sweets and snacks tasting. Held in conjunction with the Iron Chef All Stars 2017 charity dinner, the Experience Japan fair will be held on the 2nd and 3rd of August at the Sydney Opera House. The fair will be showcasing the best of Japanese culture and produce, with performances, tasting stations, and limited exclusive Iron Chef show bags on offer for eligible attendees. Book your tickets now at the Sydney Opera House Box Office.