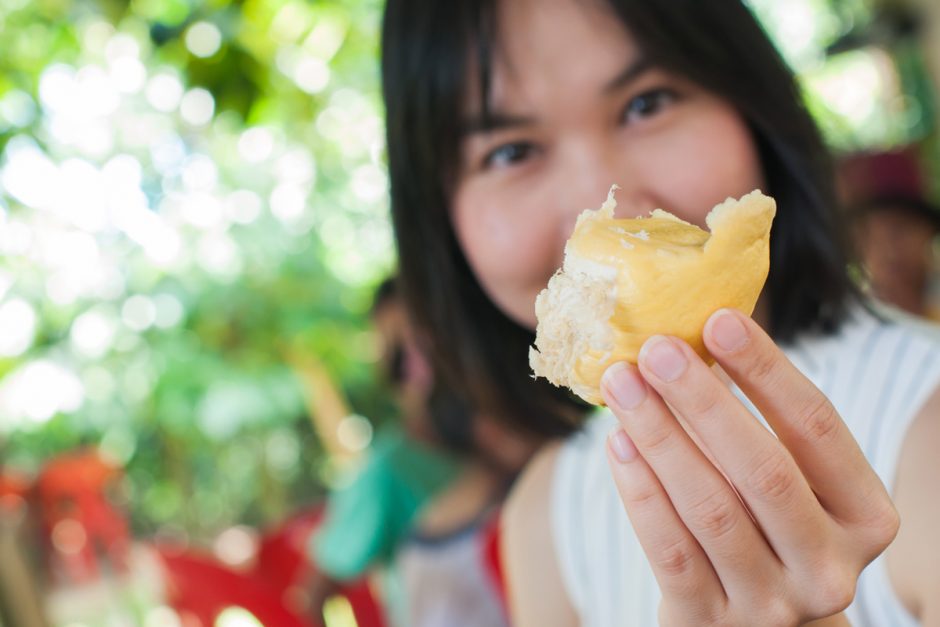 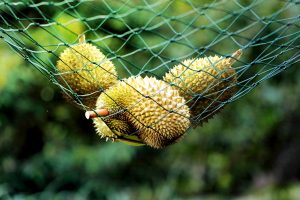 Unlike other fruits, durians are only collected once they've fallen from the tree. Sometimes, nets are set up to catch the falling fruit to prevent any accidents from occurring.

Durian fruit may have a chequered reputation, but one place it continues to gain popularity is in China. The world’s second-biggest consumer market is turning its attention to the world’s stinkiest fruit, and it’s proving a boon for farmers and durian producers throughout south-east Asia.

The fruits sudden growth in popularity is causing even more durian related controversy, as locals see the best durians heading overseas, and the fruit available locally becoming more and more expensive. In fact, the average price of durian – per kilogram – has increased 8-fold since 2011. This is being driven by demand from China, where fresh imports of durian fruit have climbed an average of 26% a year over the past decade, reaching $1.1 billion in 2016, according to United Nations data.

Thailand currently dominates the fresh durian market, but Malaysian politicians are counting on durian diplomacy to expand access beyond frozen fruit pulp. A Malaysian durian festival in Nanning (southern China) earlier this month had about 165,000 people lining up to taste thawed, whole-fruit samples of the country’s premium Musang King variety. “Some of them said that now in China, there are two things that people will queue up for: the iPhone X, and Malaysian durians,” Malaysian Minister of Agriculture and Agro-based Industry Ahmad Shabery Cheek told Bloomberg. According to Loris Li, a food and drink analyst with market researcher Mintel Group Ltd, Chinese consumers are embracing different foods incorporating the tropical fruit. Durian is being used to flavour products from yogurt and cookies to coffee and pizza.

But the explosion of durian consumption in China is also having a huge effect on tourism in durian growing regions. Pahang in Malaysia has seen an increase in tourist visits of 75% in the last 3 years. Farming durians in Malaysia are not only a profitable enterprise but also a sign of prestige in China. According to Jayson Tee, an agriculture land agent in Pahang, buyers from China are motivated by the prospect of inviting friends and family to their farms for durian feasts and showing off their orchards. “The price of durians keeps going up, so this is their investment opportunity,” Tee told Bloomberg. “And of course, they love durians.”

Durian tourism is a lot like wine tourism in France, people go to their favourite regions to try the particular variety of fruit grown there. Eddie Yong, who keeps about 400 mostly Musang King trees, is finding he’s having to limit the number of tourists to 150 a day after an increase in visitors from Hong Kong and China. His orchard in Raub, Pahang, about 107 kilometres east of Kuala Lumpur, is famous for producing creamy, bittersweet durians, the unique flavour drawn from the area’s soil and terrain.

And just like in all tourist areas, there are agencies organizing tours (both group and private) to cash in on this huge growth industry. Day trips in Thailand and Malaysia are very popular, mostly leaving from major cities, but multiple days all-inclusive tours are also available and proving very popular with foreign visitors. There’s even a bunch of English speaking tours available providing an introduction to durian, and to help tourists enjoy the fascinating fruit.

So if you’re looking for a hobby or maybe fancy yourself as a commercial farmer, maybe it’s time to plant some durian.