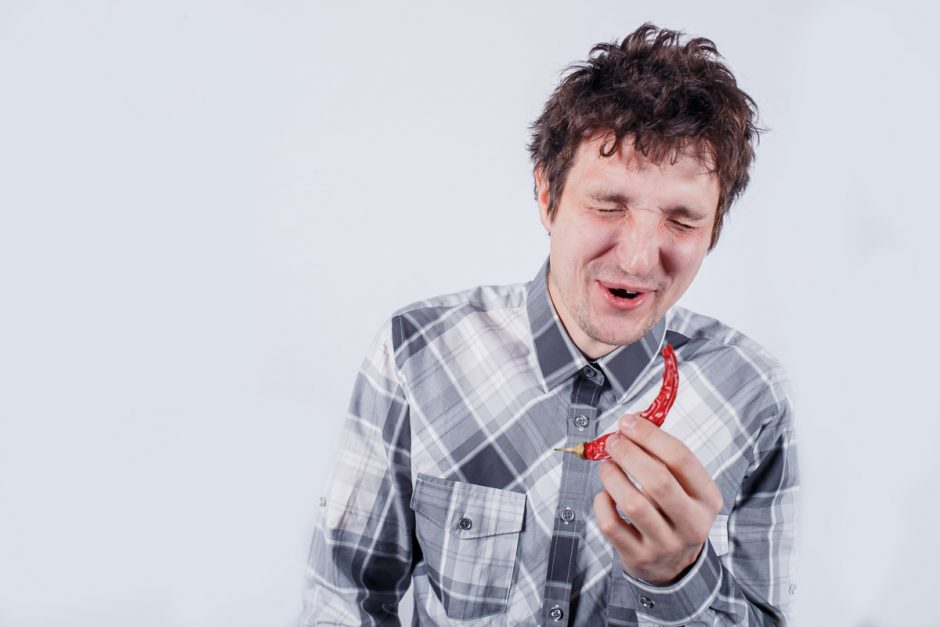 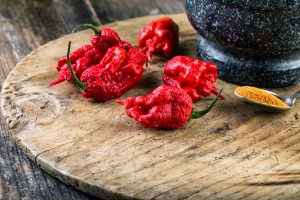 Eating the 1.5mil SHU Carolina Reaper can be dangerous to your health, don't eat it if you aren't used to eating spicy food or chilies.

If you’ve ever watched a competitive event that leaves its contestants vomiting, exhausted and huddled in the fetal position, you’re probably a fan of extreme marathoning or the Tour de France. But, there’s a much more fan-friendly way of watching people shred their dignity. For as long as people have had egos, humans have been challenging each other to eat stupidly hot foods, and the 2018 iteration of this ancient tradition calls Canberra home.

Each year as part of the World Curry Festival – one of my favourite food fests – a group of brave/insane eaters gather to eat increasingly hot chillies until only one is left standing/doubled over in agony.

Held in the depths of a frigid ACT winter, you could argue it’s an extreme way of keeping warm. I beg to differ. 2017 winner Steven Diep admitted he spent the evening after his victory curled in a ball on his bathroom floor. And yet he came back to defend his title, apparently better prepared for the pain this time round. “The first time you’re a bit ignorant. It’s like being kicked in the balls,” Mr Diep told the Canberra times. Sounds delightful.

Contestants were slated to work their way up from the common Bullhorn Chilli, a tepid 1200 SHU -that’s Scoville Heat Units – to the stomach exploding Carolina Reaper registering in at about 1.5 million SHU. The only relief on offer for the contestants was some milk, the liquid given the unenviable task of quenching the acidic fire burning in the mouths of the eaters. On hand are first aid staff holding garbage bags. “They’re going to vomit. That’s what these are for’ Melanie Flett – one of the first aid officers – told the Canberra Times. “They’re pushing themselves too hard.”

Ms Hills said in 2017, some contestants suffered allergic reactions, and some fainted. One person was hospitalised. Again, not sure why people enter.

This year, there were two winners. Neha Aade was named Chilli Queen 2018, while Heath – no last name – was crowned king. The last two standing, neither could finish the dreaded Carolina Reaper, so decided to agree on a draw that left everyone happy and, more importantly, upright.

No doubt there’ll be some more crazy chilli heads back next year to try and seize their crowns. We promise you it won’t be us.