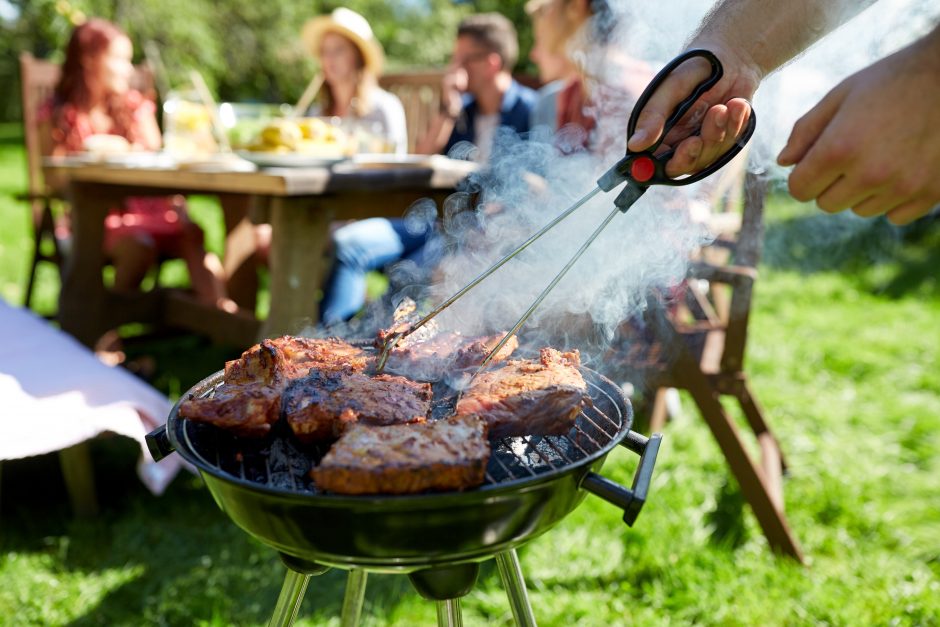 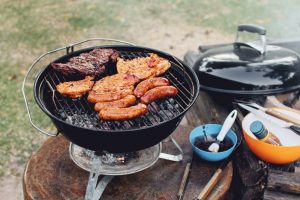 Almost two thirds of Australian households own a barbecue. Melburnians, on average, have the lowest barbecue to household ratio.

Warm weather and barbecues go hand in hand, but if you don’t have a backyard grill or you’re gathering with a large group, then hightail it to one of Australia’s best parks and beaches for summer barbecues.

You’re spoiled for choice when it comes to cooking alfresco in Sydney. In the eastern suburbs, make a date with the coin-operated barbecues at North Bondi Beach, near the Surf Life Saving Club. Or head to Coogee Beach, where you can hit the grill after taking a dip in the rock pool. On the Northern Beaches, Collaroy Beach is the pick of the bunch, thanks to its sheltered barbecues and tables, plus a playground for the kids. Or take your pick of 40 designated barbecue zones in Lane Cove National Park, dotted along the waterfront and through the bushland. The inner west winner is Blackwattle Bay Park, thanks to its dazzling views of the city, Anzac Bridge and Rozelle Bay.

A popular spot with the after-work crowd, Alexandra Avenue in South Yarra features ample public barbecues and picnic tables, with views of the Melbourne skyline, Yarra River, and fitness fanatics running the tan. In the city, take your Esky to Birrarung Marr on the riverbank, or leafy Flagstaff Gardens. For a seaside feast, head to Catani Gardens on the waterfront at St Kilda. Northside, gather under the trees at Edinburgh Gardens in Fitzroy North, Princes Park in Carlton, or Bundoora Park in Bundoora.

With its idyllic weather, barbecuing can be a year-round pursuit in Brisbane. Catch the CityCat to Mowbray Park for a leisurely evening grilling and chilling on the riverbank, or head to the delightfully named ‘Picnic Island’ at South Bank to flip steaks while the kids swim and play. Arrive early to nab one of the prized gazebos at New Farm Park, or stake your claim to a hotplate at the lush Roma Street Parkland.

At Rymill Park in the East End, make it a meal to remember by the following dinner with a romantic paddle in a rowboat. For a barbecue with a beach view, head to Semaphore Foreshore, home to barbecue facilities and a beautiful old jetty. Or, for something entirely different, book a session with BBQ Buoys, a doughnut-shaped boat with a barbecue in the centre, which allows you and eight of your pals to grill as you float down the River Torrens.

Home to hundreds of free barbecues, Perth is a griller’s dream come true. Get sizzling at Scarborough Beach or Sorrento on the coast, both with Instagram-worthy ocean views. Visit Point Fraser, where you can hire bikes and canoes to burn off the chops you’ve just eaten, or head to nearby Heirisson Island, where you might spy kangaroos grazing at dusk.

In the nation’s capital, Lennox Gardens near Lake Burley Griffin’s beckons for an alfresco feast, with gas and electric barbecues, plus the chance to cast a line if you fancy catching fresh fish for your meal. For a back-to-nature barbecue, head to Gibraltar Falls and Woods Reserve, a 45-minute drive southwest of Canberra, home to a stunning waterfall, woodlands, barbecues and picnic tables.

In the NSW coastal hub of Newcastle, buy freshly caught seafood from the fishermen’s co-op or cast a line off the foreshore, then cook your catch at Nobbys Beach Reserve, overlooking the Pacific Ocean. Nearby Dixon Park in Merewether is another popular spot for sunset sessions, thanks to its sheltered tables, barbecues, playground and proximity to the beach, as is King Edward Park, home to barbecues, picnic tables and a historic rotunda.