Home > Experiences > 10 of the Best Peking Duck Restaurants in Australia 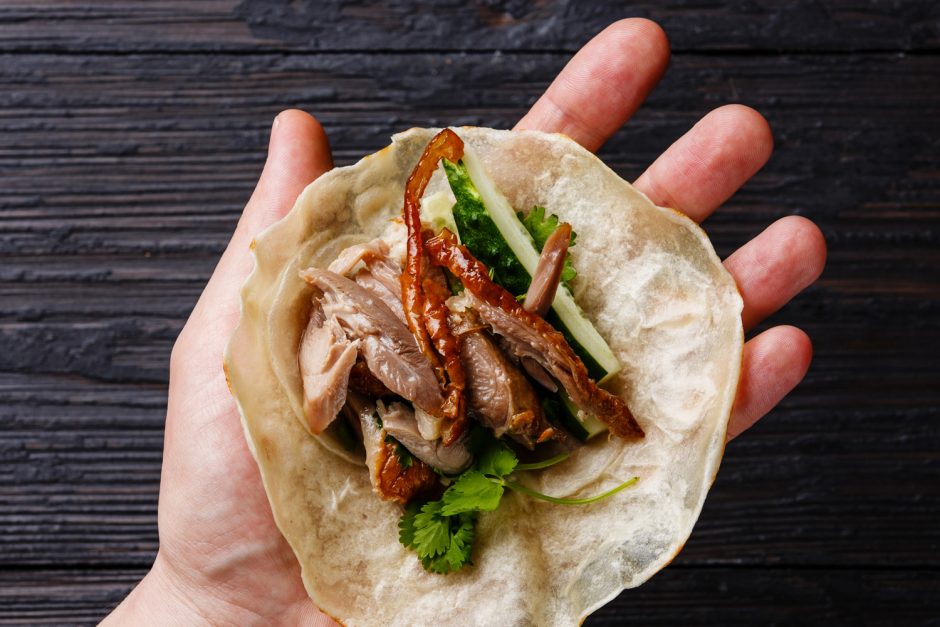 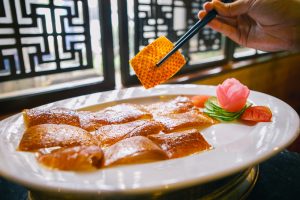 The best part of Peking Duck is definitely the crispy skin. To achieve this, chefs pump air under the skin through the neck cavity to separate the skin from the fat.

With its glossy skin, tender flesh and pliable pancakes, it takes a lot of skill to master the perfect Peking Duck. Satisfy your cravings for this sublime Chinese dish with our guide to ten of the best Peking Duck restaurants in Australia. And if you think we’ve missed Australia’s best Peking Duck, be sure to let us know!

Fans of Fitzroy’s Old Kingdom wept into their Duck Bone Soup when they learnt of the departure of Simon Lay. But this duck master soon resurfaced in Box Hill, with Simon’s Peking Duck Restaurant. Simon’s delectable duck comes in at around $60 for three courses, including 15 pancakes, stir-fried duck meat with bean shoots, and that soothing duck bone broth with tofu. Splash out a few extra coins to get handmade noodles in place of the bean shoots.

Flower Drum is Melbourne’s most awarded Chinese restaurant, so you know the signature dish of the Peking Duck is going to be good. Here, the hand-rolled pancakes are gently steamed over a burner at your table, then filled with crisp-skinned duck, cucumber, spring onion and plum sauce, then served with a touch of theatre.

The legendary BBQ King may have new digs in Sydney’s Spanish Quarter (on the edge of Chinatown), but the Peking Duck is as faithful as ever. Two courses will set you back $88, plus there are 12 other duck dishes to savour, including a luscious Roast Duck Noodle Soup.

This old-school eatery in the southwestern suburb of Enfield has a loyal following for its Peking Duck (including Dan Hong, who also does a mighty fine version at Mr Wong’s). Here, the whole bird—including the head—is served for you to assemble your own pancakes.

The name doesn’t lie. The glossy birds at Yum Yum Peking Duck in the Brisbane suburb of Darra are some of the finest in Queensland. Here, generous slices of burnished duck rest atop slivers of spring onion, crunchy cucumber batons and a splash of plum sauce, ready to be rolled up and devoured.

Gold Coast duck lovers flock to Hope Island for a meal at the simply named Peking Duck Chinese Restaurant. Be sure to order the signature Peking Duck one day in advance. For $53, you’ll get a first course of 12 pancakes followed by your choice of San Choy Bow, noodles, stir fry or broth.

One of Adelaide’s top destinations for duck is T Chow. Along with the two-course Peking Duck for $48, they also pride themselves on their signature T Chow Tender Duck, which is simmered for hours to drain off the fat.

The best in the West could be Good Fortune Roast Duck House, in Northbridge and East Vic Park. Have your Peking Duck served in classic pancakes or San Choy Bow, or pick up a takeaway duck to create your own Peking Duck rolls and wraps at home.

The Bund in Shanghai, Hobart TAS

Hobart locals hail The Bund in Shanghai as their top spot for duck. The ‘Famous Peking Duck’ for $70 comprises two courses, kicking off with 10 pancakes, before moving on to your choice of Stir-Fried Duck Noodles, Duck Fried Rice, or San Choy Bow.

In the nation’s capital, politicians go into a flap over the Peking Duck at Mr Wei’s. Order the Special Signature Roast Duck Banquet (at a rather pricey $55 a head) for the roast duck and a selection of other Asian dishes.