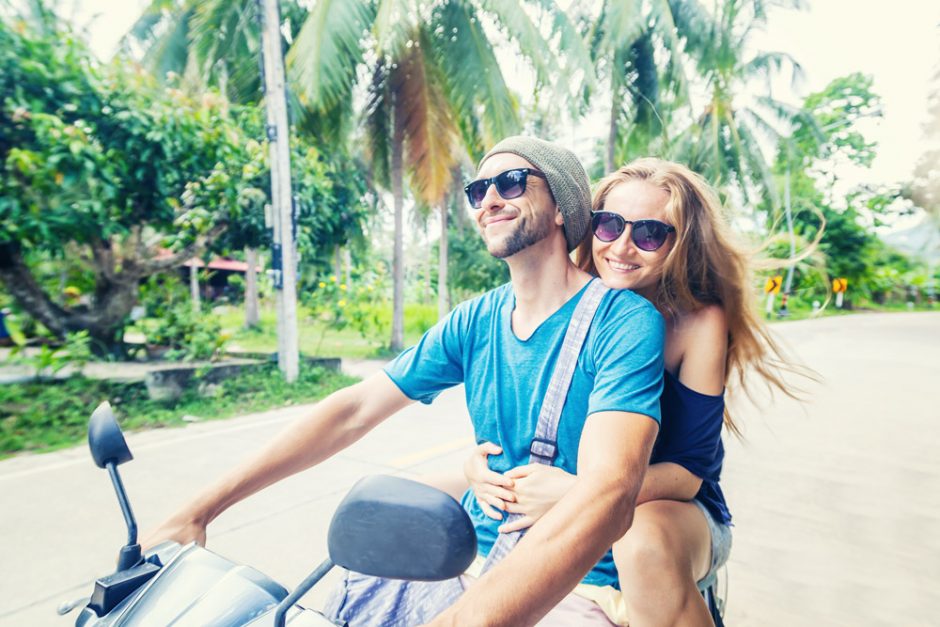 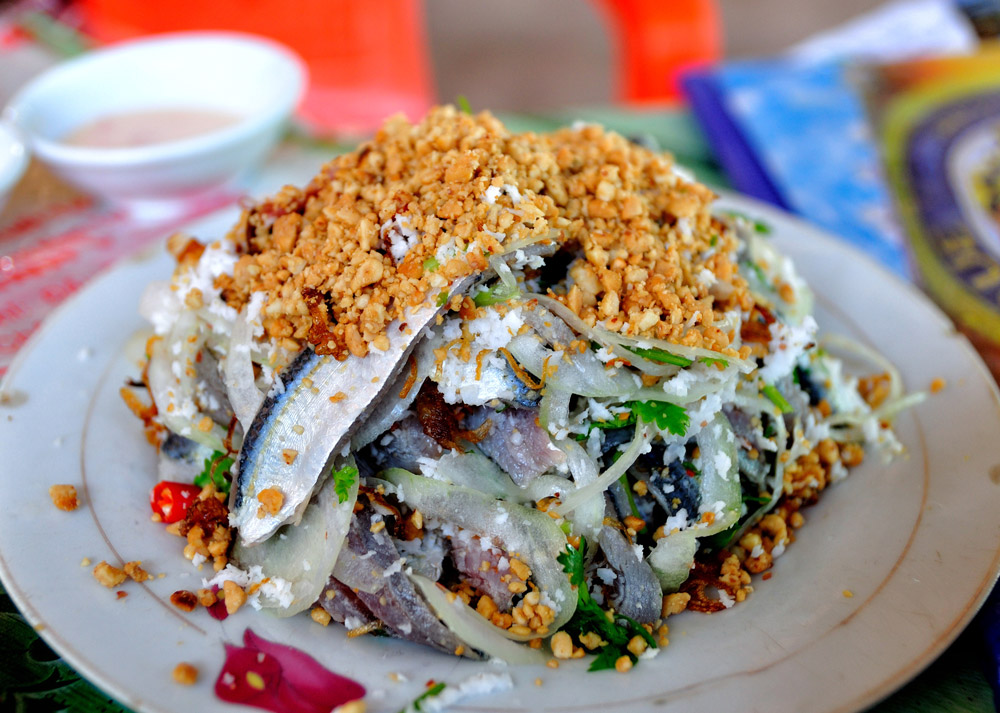 Phu Quoc is known for its raw herring salad—a dish prepared with freshly caught herring served raw with fresh herbs, vegetables, coconut and nuoc cham, which is rolled up rice paper and eaten.

After spending most of its life as little more than a fishing village, Phu Quoc island is fast becoming a vibrant tourist destination. Rimmed by white sandy beaches with mountains and jungle through the interior, it’s no wonder this idyllic isle is fast becoming one of Southeast Asia’s must-see beach destinations. Recently declared a “special administrative zone” by the Vietnamese government, Phu Quoc no longer requires its visitors to go through the annoying visa application process, and visitors are flocking.

Phu Quoc has managed to avoid significant historical events for most of its life. It was used as a base intermittently by exiled Vietnamese emperor Gia Long—founder of Vietnams last dynasty—between 1760 – 1780 and had the ignominious task of running South Vietnam’s largest POW camp during the Vietnam War. Phu Quoc did hit the news in 1975 when a squad of Khmer Rouge soldiers briefly captured the island. This led to a series of flare-ups between Cambodia and Vietnam, culminating in a war between the two nations in 1979. Despite a 1982 treaty giving Vietnam sovereignty over Phu Quoc, It is still a point of contention, as many Cambodians feel they have a legitimate claim to the territory.

Phu Quoc, and it’s 21 islets, are located off the southeast coast of Vietnam, about 40 kilometres west of Ha Tien.

How to Get There

You can fly direct from a number of destinations across Asia, with Ho Chi Minh being the closest hub. Jetstar Pacific and China Southern fly 1 stop services from Australia regularly.

If flying isn’t your thing, ferries of various speeds leave from Ha Tien and Rach Gia every day. The journey takes between 2 and 3.5 hours, with buses to the port towns leaving from Mien Tay bus station in Ho Chi Minh.

Peak season runs from November through to March, so the best time to travel is from April to June or in October when you can expect fewer tourists and cheaper prices. The monsoon hits in July and usually hangs around till September, so avoid travelling then.

Phu Quoc caters for all travellers, with accommodation ranging from backpackers and budget hostels to 5-star super resorts.

The Majority of people stay in and around Duong Dong, the biggest town on the island, and only a short walk from Long Beach, the island’s main stretch of sand. Sao beach and Anh Thoi—the town furthest south—also have plenty of places to stay.

The beaches are the big draw here, with miles and miles of white sand bordered by warm, blue water. Be warned: There’s quite a lot of trash, so stick to the beaches near the big resorts as they pay to keep them clean. Sao beach and Long beach are the best places to get your feet wet while you sip on a cocktail.

If tourist traps are more your thing, there are working pepper farms, pearl farms and the now-defunct prison. You can book tours—either through one of the many travel agents in Duong Dong or online—or your resort may be able to arrange these for you.

If you want to work up a sweat there’s some hiking on offer in Phu Quoc National Park, but be aware that most of the local wildlife was killed off by French hunting dogs during the colonial period.

There are also a number of tour operators running snorkelling and dive tours around Phu Quoc’s outlying islands. The water is warm and clear, and while it’s not the Great Barrier Reef, there’s plenty to see and it’s a great excuse to spend the day in the water. The guides are mostly expats, and they know their stuff.

Make sure you spend an evening at the night market near the docks in Duong Dong. Wander through stalls selling imitation luxury goods and local produce or sit down at one of the dozens of eateries and enjoy some of the freshest seafood you’ll have in your life.

Because of the increase of resorts catering to western tourists, There’s an eclectic mix of cuisines on Phu Quoc. Don’t expect any Michelin stars, but there’s plenty of places with white linen tablecloths serving Indian, Italian and French food. All have respectable wine lists and are perfect for romantic evenings and sunset dinners.

But Phu Quoc is still an island of fisherman. At any time of the day, you can see fishing boats chugging back and forth along the coastline, weighed down with all different types of fish, squid and shellfish. There are dozens of restaurants around the island offering seafood straight from the tank and cooking it for you on charcoal barbecues. It’s something everyone should do at least once.

And make sure to hit one of the many beach bars around the island. They’re a great way to avoid sunburn with a cold drink and a snack.

How to Get Around

Phu Quoc has plenty of taxis, all beeping at tourists in an effort to tempt/bully them into taking a ride, as well as a local bus service. Most resorts offer shuttle bus and driver services to their guests.

The more adventurous can hire a motor scooter, which will cost somewhere between 120 000VND – 250 000VND for the day. But, unless you’re looking to take a day trip somewhere, there’s little need for these outside thrills seeking. The roads are generally in good condition and the interior highways (outside peak times) are actually pretty empty, but make sure you read up on the local road rules and have an international license. 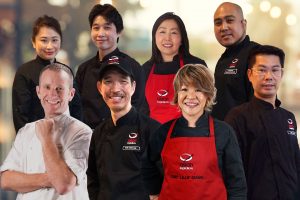