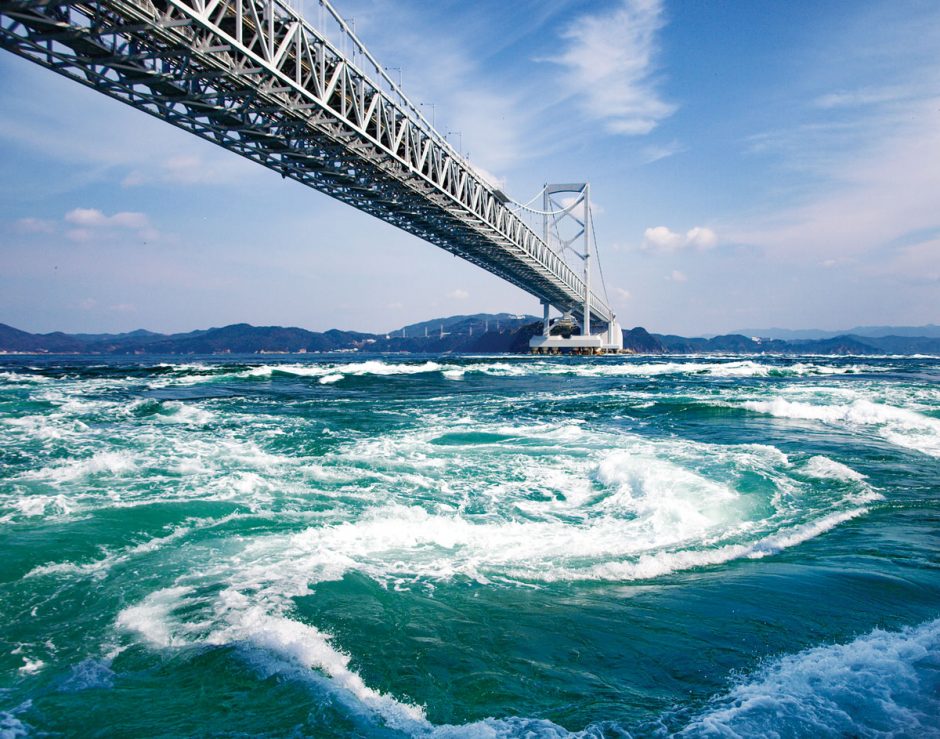 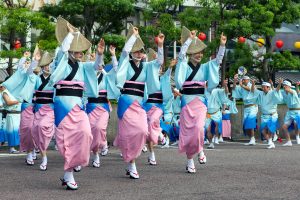 Obon is a festival that pays tribute to one's ancestral spirit. Often celebrated with a traditional dance known as 'Bon Odori', these dances along with their music vary from region to region. Tokushima is famous for 'Awa Odori'.

With just a two and a half-hour bus ride out of hustle and bustle of Osaka you can find the perfect getaway in the Tokushima prefecture. Sparsely populated, the prefecture of Tokushima on the Shikoku Island boasts a number of scenic national parks, beautiful gorges and mountains, and numerous natural attractions. One of Tokushima’s most iconic natural attractions is the Naruto whirlpool, which occurs on the Naruto Strait where the movement of water between the Seto Inland Sea and the Pacific Ocean causes the formation of large whirlpools that can swell to 20m in diameter in spring.

The town of Naruto, which shares it name with the strait, is the location of the 8th century Ryozenji Temple. The temple is the starting point for the Shikoku Pilgrimage, which is a popular pilgrimage that requires pilgrims to journey on foot between 88 Buddhist temples that is spread across the Shikoku Island. The pilgrimage is associated with the 9th century Buddhist monk, Kukai, who founded Shingon Buddhism in Japan. Of the 88 official temples in Shikoku, the first 23 temples in the pilgrimage are located in Tokushima.

In the terms of scale however, Tokushima boasts some pretty big attractions. From the 12th to the 15th of August, the city of Tokushima will celebrate the Awa Odori Dance Festival, which is said to be the largest event of the prefecture, drawing over 1.3 million spectators. This traditional festival will see folkdances accompanied by drums, gongs, “shamisens” three-stringed musical instruments, and flutes, to welcome the souls of ancestors in the Bon season. The city of Naruto is also home to the largest museum in Japan, the Otsuka Museum of Art, where more than 1,000 works of art from 190 museums in 25 countries are on display.

When it comes to local crafts, Tokushima has plenty to offer visitors. The region is known for producing unique crafts such as Otani pots, which are durable pots made by a special delicate technique, various bamboo crafts, indigo dyed textiles, and Japanese-style handmade paper, which has been designated as the prefecture’s cultural asset.

Tokushima also boasts its own variety of dishes, such as the Tokushima Ramen noodles that consists of ramen served in a sweet and salty pork belly broth, Tarai Udon noodles that features a broth made from freshwater goby fishes, and Iya Soba noodles that is made from buckwheat nurtured in pure water and served in a soup broth of anchovies.

Of all their various foodstuffs, such as the Wasanbon sweets made from a special variety of sugarcane through an elaborate process, and the Naruto Wakame seaweed, Tokushima’s most celebrated produce is the Sudachi citrus. This particular variety of lime is prized for its fine pulp and strong flavour, and has even been used as the prefecture’s mascot, “Sudachi-kun”.

Tokushima will be one of five Japanese prefectures to be featured at the Experience Japan 2017 fair. The prefecture’s exhibition is set to feature a demonstration of the traditional Awa Odori Dance, sudachi juice tasting, and sampling of selected sweets and snacks. Held in conjunction with the Iron Chef All Stars 2017 charity dinner, the Experience Japan fair will be held on the 2nd and 3rd of August at the Sydney Opera House. The fair will be showcasing the best of Japanese culture and produce, with performances, tasting stations, and limited exclusive Iron Chef show bags on offer for eligible attendees. Book your tickets now at the Sydney Opera House Box Office.