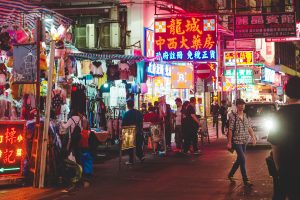 Because of the large population of Chinese around the world, Chinese New Year is considered the world's largest annual human migration with millions traveling to their hometowns for celebrations.

For many, the official start of the new year was 29 days ago, but many Chinese families are still in busy preparation for the most important traditional festival, the Chinese Lunar New Year, which kicks off 19 days from now, on February 16th.

Considered one of the world’s biggest traditional festivals, the Chinese Lunar New Year is full of traditions, festivities, and superstitions, as it has been celebrated by countless generations of Chinese families from as far back as the 14th century BC.

The festival, which is based on the traditional Chinese lunar calendar that carefully tracks the cycles of the moon, celebrates the arrival of spring, a significant event for any early farming-based society as it signifies the start of their planting activities thus the start of their “new year”.

While some scholars believe the celebration had its origins further back as 2300 BC where communities held small-scale Lunar New Year festivities, it is thought that the traditions that we come to associate with Chinese Lunar New Year today started to form around 14th Century BC during the Shang Dynasty, where early ancestral worshipping traditions started.

To understand the importance and subsequent evolution of the Chinese Lunar New Year to early Chinese society, you will have to understand the role of the emperor. Regarded by the people as the holder of the “Mandate of Heaven” the emperors of China from every dynasty were required, by tradition, to keep track of celestial bodies and heavenly signs in order to determine auspicious dates and perform rituals to ensure the smooth-running of the kingdom as well as fulfilment of traditional practices and beliefs. This, of course, meant that the Chinese Lunar New Year steadily evolved over the course of several centuries and through many successive dynasties, taking on new traditions and beliefs, and even changing with the ruling dynasties.

For instance, the word ‘Nian’ for ‘year’ first appeared during the Zhou Dynasty of 1046 – 256 BC, while the New Year date was even moved to October during the Qin Dynasty (221 – 207 BC) due to the dynasty’s preference of a different year cycle. It wasn’t around the Han Dynasty of 202 BC to 220 AD where the date of the festival was fixed on the first day of the first month of the Chinese lunar calendar and was made a nationwide event.

It is also said that early fireworks in the form of a burning bamboo, which caused its hollow cavity to burst with a loud ‘crack’, were used as a celebratory tradition around the Han Dynasty.

Over the course of the Wei and Jin Dynasties of 220 to 420 AD, the Chinese Lunar New Year festivities moved away from the worship of the ancestors and the divine, towards becoming a social event of customary reunions and festivities. And it was the Song Dynasty (960 – 1279 AD) where the novel invention of gunpowder, discovered by Taoist monks from the previous Tang Dynasty (618 – 907 AD), were used in firecrackers to deliver a more vivacious ‘bang’.

In 1912, the Chinese government adopted the Gregorian calendar, which was first introduced in China by Jesuit missionaries in 1582, together with its January 1st start date to the new year. Traditional Chinese Lunar New Year celebrations were later abolished by Chairman Mao Zedong in 1949. However you cannot put down a centuries-old tradition that has long since been ingrained into the culture and in 1996 the Chinese government instituted a week-long public holiday known as Spring Festival, which coincides with the traditional Chinese Lunar New Year dates.

If all that seems confusing and complicated, that is because of the long and rich history of the Chinese people that goes back several millennia.

But for all intents and purposes, all you need to know is that February 16th this year will be the day when Chinese communities around the world come together to usher in the Lunar New Year with plenty of food, festivities, and revelry where everyone is invited to join in.