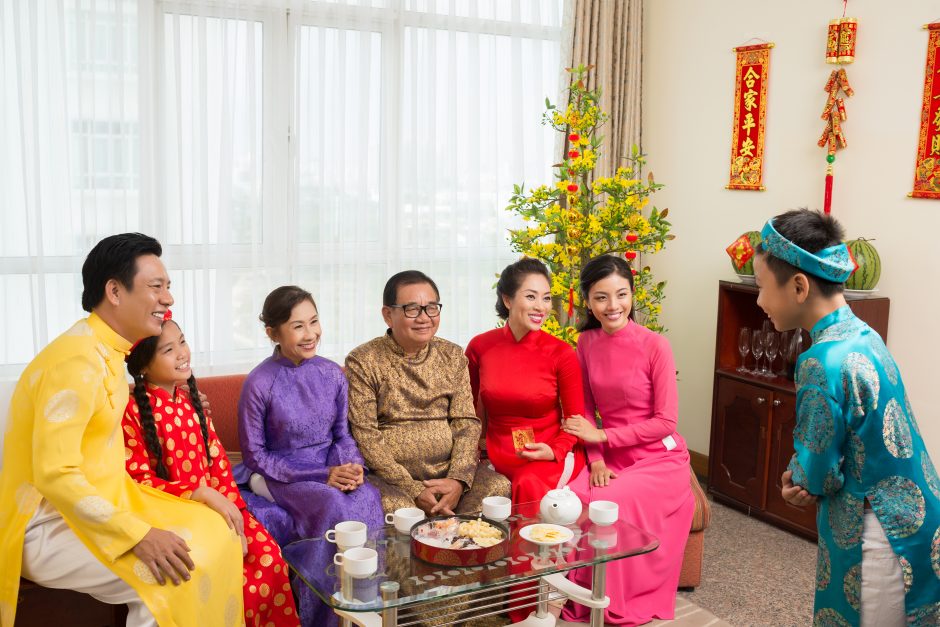 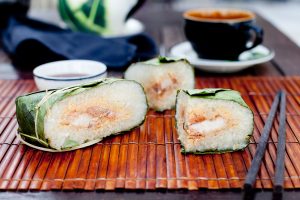 While Tet is celebrated with a variety of food, the unmistakable square rice cakes known as Banh Chung is considered to be an irreplaceable part of Tet.

Any history buff would tell you that Vietnam has had a long history of foreign incursion, but none have left quite as big of a cultural influence as that of its northern neighbour, China. While the Vietnamese have their own distinct language, culture, and traditions, the country adopted Chinese ways of administration and civil engineering through a thousand years of shared history.

One cultural aspect adopted by the Vietnamese was the Chinese lunar calendar and hence, the Vietnamese people also celebrate the Lunar New Year, known to them as Tet Nguyen Dan. Held on the first day of the first lunar month, Tet is the biggest traditional festival in the Vietnamese calendar.

As the beginning of the Lunar year is regarded as the beginning of a new cycle of the universe, Vietnamese families will clean their homes as a symbolic act to discard of the previous year’s bad luck and redecorate it with auspicious and colourful décor to bring good luck. Several of these decorations share similar symbolism with Chinese cultural traditions, such as the Kumquat tree, and the belief that the colour red wards off evil spirits and ushers in good luck.

In the run-up to Tet, families would also buy new clothes and shoes for the festivities, get a haircut, and settle their debts. On the night before the Tet, families would perform rituals to pay respects to the spirits of their ancestors and invite them to join in the celebrations.

With Tet being the first day of the lunar new year, Vietnamese believe that your actions and demeanour during the Tet would determine one’s fate for the rest of the year. As such it is taboo to be in an argument or speak ill of another, while forgiveness and generosity are encouraged during the festive season. Gifts are exchanged between family members and friends, and the older generation would also give red packets of money to the younger generation.

Like the Chinese Lunar New Year and Korean Lunar New Year, Vietnamese families also come together to celebrate Tet with a wide range of festive foods such as Banh Chung, a square glutinous rice cake with mung bean and pork, Mut Tet sweet preserved fruits and seeds, and boiled chicken.

In Vietnam the Tet is celebrated as a three day festival filled with festivities and family reunions, however to the more traditional Vietnamese, the Tet is a 15-day celebration, similar in duration as the 15 days of the Chinese Lunar New Year, and is finished with the First Full Moon Festival, otherwise known as the Tet Nguyen Dan.