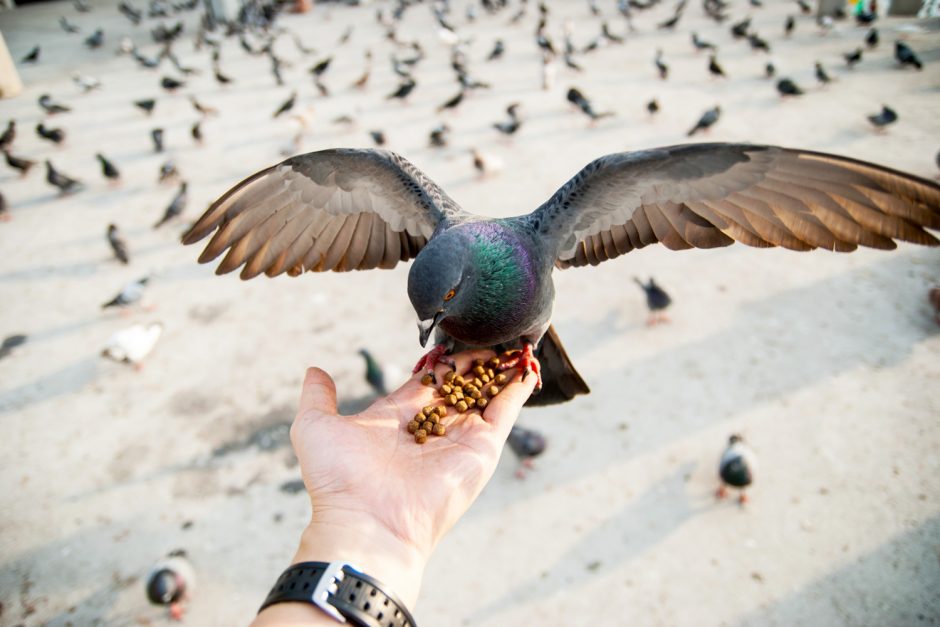 Singapore is a great place to visit. Amazing food, incredible shopping and a mish-mash of cultures that results in a truly unique and exciting tourist experience.

It’s also incredibly safe and secure, which makes it a favourite for those wanting to try something a little different, but who aren’t overly adventurous. Like anybody travelling with small kids.

And there’s a reason for that. The country is very conservative socially—some would say draconian—and will punish citizens and tourists alike for what we may deem quite minor offences. Most people know that chewing gum is illegal in Singapore, but there’s a number of other everyday activities that you might want to avoid if you’re planning to visit the city/state.

Don’t believe me? Well here’s a list of some of the more bizarre illegalities in Singapore.

Punishment: Up to 2 years in jail.
Yep. Being gay is still illegal in Singapore. Not gay marriage. Just being openly homosexual. I told you Singapore was conservative.

2. Walking around your house naked

Punishment: S$2,000 fine or up to 3 months in prison.
So pornography is illegal in Singapore. No huge shocks there. But it’s also considered pornographic to be naked in public. Again, that’s fair enough—you can’t walk around Australia without pants on. However, if you’re naked in your house, and can be seen by others, it’s considered to be pornographic and, therefore, illegal. If you ask me, it’s the prying weirdo looking in my window who’s at fault here, but not in Singapore. While I’m sure some people’s naked form could scar the unprepared for life, surely you’re allowed to run from the shower to your bedroom?

3. Not flushing the toilet

Punishment: S$150 – S$500 fine.
Now this one I’m all for! Ever needed to use a public toilet only to find the person before you has left you a, ahem, present. THEN YOU KNOW WHY IT SHOULD BE ILLEGAL! Apparently inspectors do random checks of public toilets and give on-the-spot fines for any anti-flushers they find. Quick sidebar—imagine explaining that job to your in-laws!

Dad: “So, what do you do for a living?”
Potential son/daughter-in-law: “I check toilets after people have used them to make sure they’ve flushed.”

Good luck getting a second invite round.

Punishment: Up to 3 months in prison.
This is another law I could get around. Essentially busking is illegal. Well, technically it’s singing lyrics that contain profanity, or playing an instrument in a way that’s likely to annoy another person—like anybody playing the bagpipes ever—but that pretty much rules out buskers.

And quite frankly, I’m all for putting an end to second rate covers of Coldplay’s ‘Yellow’.

Punishment: S$500 fine.
A tough blow for all the bird lovers out there, but Singapore tend to view pigeons as the vermin they are. I’ll give this one another tick.

6. Drinking alcohol and partying between 10:30pm-7am

Punishment: Fines up to S$2,000.
I call this one “the overprotective dad law”, and it was ushered in only a few years ago in 2015 and prevents people from drinking in public from 10:30pm to 7am. Retail shops are also banned from selling takeaway alcohol during these hours. And here thought those Sydney lockout laws were bad!

Just like a terrified parent, Singapore doesn’t want its young people—or its old people, or anybody really—to break curfew and, God forbid, have fun. So to get around this, they made it illegal to do so unless you apply for a permit—which costs money. I’m not sure I could handle this one. If I had to stay at home on the weekends and spend “quality time” with those close to me, I don’t think I’d have friends for long.

7. Flying a kite that interferes with public traffic

Punishment: S$5,000+ fine
This one seems so specific you know that something happened with a rogue kite flyer and some sort of transportation system. And look, road safety is important, and anything that keeps people from playing in traffic is a good thing in my book.

But seriously, how is a child going to cough up $5000 for flying a kite?