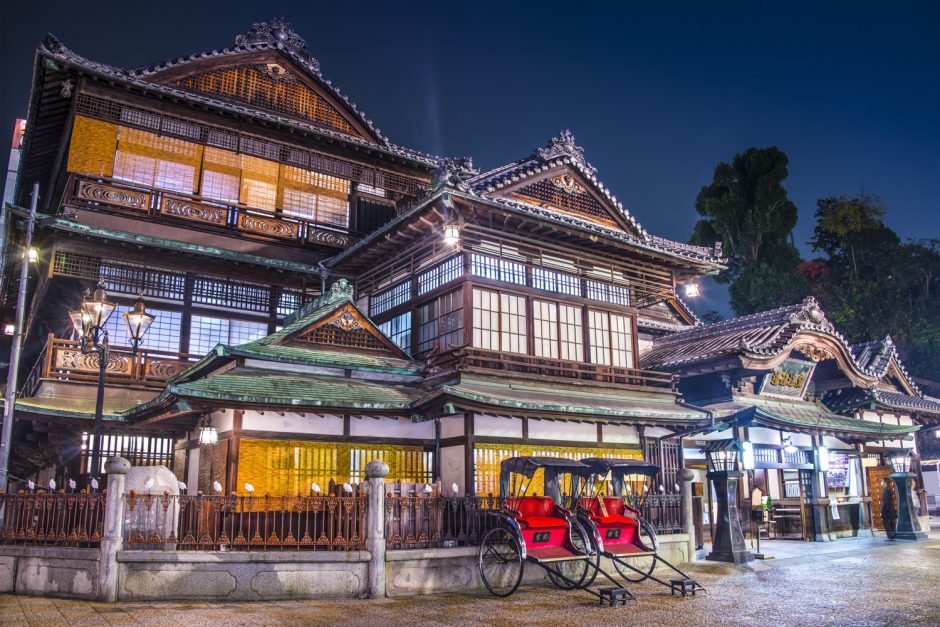 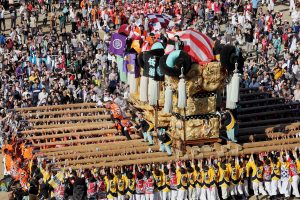 Matsuri means festival or celebration in the Japanese language. Niihama; a city in Ehime is famous for Taiko Matsuri. An event that is celebratory of the harvest in the region. The festival displays an array of floats and taiko drum performances.

Sandwiched between the Seto Inland Sea, Japan’s first national park, and the majestic peak of Mount Ishizuchi, the highest mountain in Western Japan, Ehime prefecture is rich in its natural beauty. Because of its natural features, it is little wonder why the Chinese characters for “Ehime” can be interpreted as “beautiful lady”.

Home to approximately 1.43 million residents, Ehime is also home to some of Japan’s most prominent historical and cultural landmarks, such as the country’s oldest hot spring, the 3,000-year old Dogo Onsen that is said to have served as the inspiration for Hayao Miyazaki’s “Spirited Away” animated feature, and the Matsuyama Castle (below), one of 12 pre-Edo period castles that still stands today.

Thanks to its warm and mild climate, there is always something to see and experience in Ehime all-year round, from the beautiful cherry blossoms of spring that bloom between late-March and early-April, to summer’s Ushi-Oni festival in Uwajima, the fireworks festivals around Matsuyama and Imabari in August, and autumn’s Niihama drum festival and Saijo festival. The city of Uwajima also hosts a series of Togyu events, or bullfights, where a pair of 1-ton bulls duke it out in a bullring.

Ehime’s warm and sunny climate also makes it very ideal for cultivating citrus crops, particularly mandarin oranges. With its reputation as the top producer of mandarin oranges in the country, Ehime’s official mascot, Mikyan, is a cute cartoon dog with the appearance of an orange. The mascot’s name is a play on the word “mikan”, which is the Japanese word for mandarin orange.

Mandarin oranges aren’t the only delicacies that Ehime is known for. Due to its seaside location, Ehime boasts a selection of local cuisines that are rich in seafood. One such local dish is the Horaku-yaki, or seafood BBQ. Said to be first developed by local pirates long ago, Horaku-yaki features fresh seafood caught from the Seto Inland Sea, which are cooked on a hot flat stone. Ehime also has two versions of its popular sea bream dish, depending of which region you are in. Tai-meshi – in the eastern cities – is rice mixed with cooked sea bream, whereas Hyuga-meshi – in the southern parts – is rice served with sea bream sashimi. Ehime’s love for seafood also appears in the form of the Jako-tem tempura, a deep-fried fish cake snack made from fresh fish.

If seafood doesn’t suit your palate, Ehime also has a number of tasty cuisines to sample, such as Imotaki, a hotchpotch of taro cooked with vegetables in chicken and kombu-kelp broth, often served during the harvest season in autumn. As for confectionaries, there is Botchan Dango, a skewer of rice dumplings coated with three different coloured jams, and Taruto sponge roll cake, which was introduced by a feudal lord who brought back the recipe from Nagasaki in the 1600s.

Ehime will be one of five Japanese prefectures to be featured at the Experience Japan 2017 fair. The prefecture’s exhibition is set to feature a Mikyan mascot walk around, Iyokan citrus and juice tasting, and sampling of selected sweets and snacks.

Held in conjunction with the Iron Chef All Stars 2017 charity dinner, the Experience Japan fair will be held on the 2nd and 3rd of August at the Sydney Opera House. The fair will be showcasing the best of Japanese culture and produce, with performances, tasting stations, and limited exclusive Iron Chef show bags on offer for eligible attendees. Book your tickets now at the Sydney Opera House Box Office.