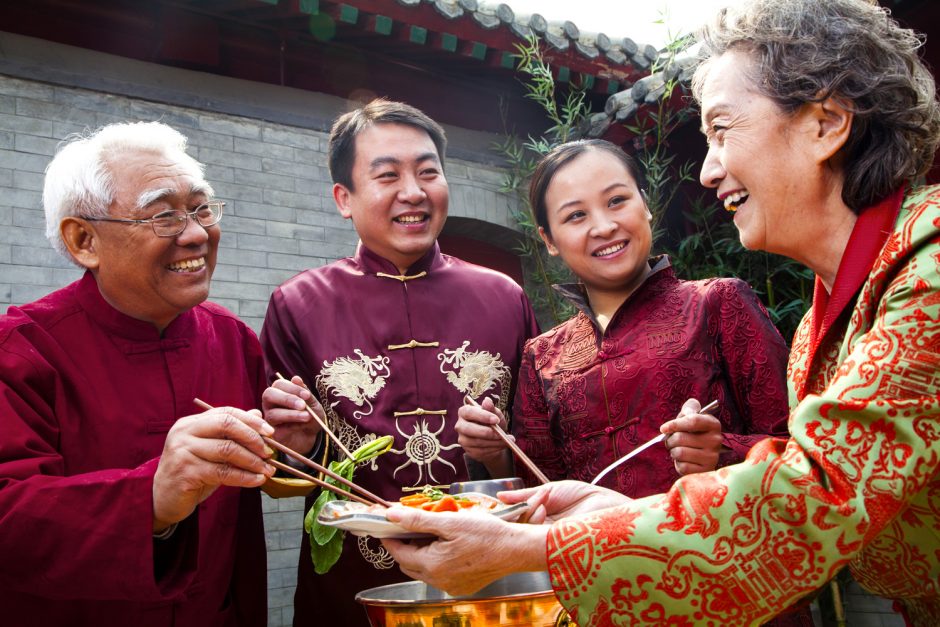 In Chinese culture, the Mao suit, the western suit, and the Tang suit are the main forms of formal dress for men on many occasions. The Tangzhuang is made in different colours, most commonly red, navy, gold, black and green. One common design is the use of Chinese characters as monograms such as Fu (happiness) or Shou (longevity) to spread good luck and wishes.

Four characteristics are distinctive in the Tangzhuang. The Mandarin collar with the front opening is a traditional Chinese style. The opening is symmetrical and the collar stands straight up. The Chinese knots, being hand-made, are used as buttons as well as decorations. Another characteristic is the fabric, which is usually a traditional cloth such as brocaded silk. The method of western solid cutting and shoulder pads, makes the Chinese jacket fit better.

Based on these four characteristics, several other styles are being invented by the designers. Currently, there are three main types: the traditional style, the national style, and the fashion style. The traditional style has all the Chinese traditional elements. The colours are usually red, black and sapphire blue. The pattern is generally ‘Tuanhua’, a kind of Chinese flower pattern. This kind of clothing was mostly worn during traditional Chinese festivals or wedding ceremonies. This style is quite popular around the world.

The national ones use traditional elements, but change the Tuanhua patterns into poems and other traditional auspicious designs. It was usually worn for leisure. The fabric used is usually cotton rather than brocade.