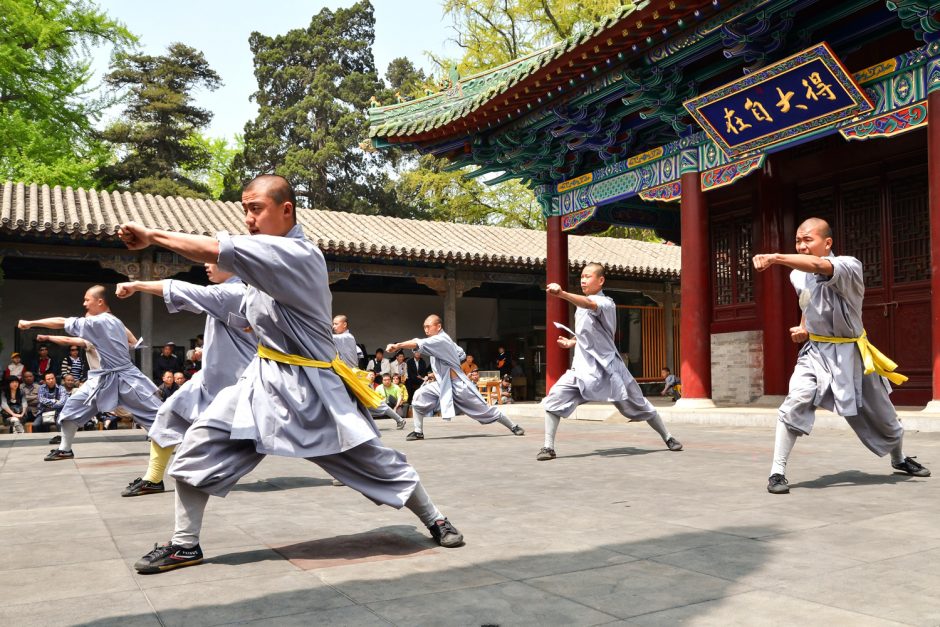 The term kung fu originally refers to any study or learning that requires diligence, practice, patience, energy, and time to complete. Gongfu combines “gong”, meaning work or achievement, and “fu” that is considered a word for man. So the word literally means, “Achievement of man”. The term started being used in relation to Chinese Martial Arts by the Chinese only in the late twentieth century.

In ancient China, hunting techniques, military training and the need for self-defence gave way to the development of martial arts. It is believed that during the Xia Dynasty, kung fu evolved to be more practical and standard, and hence used to serve the soldiers during battle. The art advanced further through the years and was passed down through several dynasties from the Qin, Han, Song, Yuan, Ming, to the Qing dynasty.

The fighting styles are classified according to traits that are known as families, sects or schools. These traits may be physical exercises, animal mimicry and methods of training influenced by Chinese legends and philosophies. Qi meaning ‘natural energy’ or ‘life force’ manipulations are considered internal martial arts. These are focused on spiritual or mental aspects, as opposed to external martial arts that mostly concentrate on improving muscular as well as cardiovascular fitness.

The Chinese government encourages traditional Chinese Kung Fu by providing courses. This is offered by various organisations, groups and schools that teach all forms of kung fu skills. Annually, the Chinese hold performances, contests and shows to support and spread the ancient art, thereby allowing civilians to inculcate the skills. As a result of these efforts, Chinese kung fu currently attracts not only the Chinese but people throughout the world.