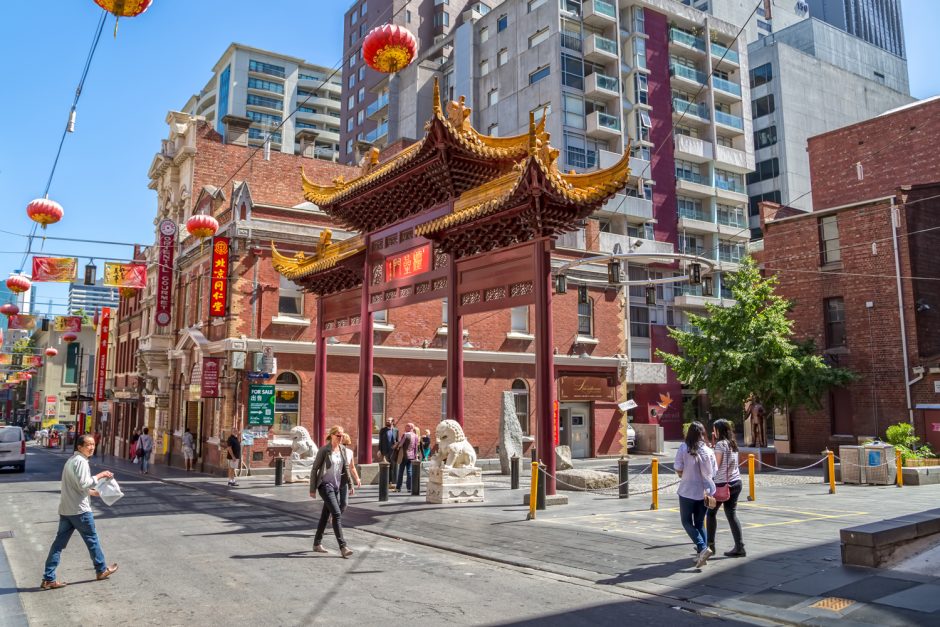 The history of Chinese Australians goes back further than you might think. It’s thought the Chinese first reached our shores even before Captain Cook’s arrival in the 18th century.

Some historians think Indigenous Australians living in the far north may even have had dealings with Chinese traders or come across Chinese goods. The first official undisputed link between China and Australia dates back to the ‘First Fleet’. The Scarborough, Charlotte and Lady Penrhyn all sailed for southern China to buy tea and other goods before returning to England. This journey soon became a thriving trade route, with British East India Company ships using Australia as a port of call on their trips to and from China.

It’s highly likely that some of the crew and possibly passengers embarked on these ships were Chinese, and that they visited Sydney is almost certain. In 1818, Mak Sai Ying (also known as John Shying) arrived and after trying his hand as a farmer started running The Lion in Parramatta. As the British Empire expanded their holdings in south-east Asia – starting with Singapore and Malaysia – Chinese access to the colony expanded with it.

With Chinese – Australian links stretching all the way back to the white settlement, it’s no surprise that they’re the 2nd longest continuous immigrants to Australia after those from Great Britain. It wasn’t until the gold rush struck in 1851 that the Chinese travelled to Australia in large numbers. The Californian Gold Rush had been called the ‘gold mountain’ by the Chinese, so it was only natural that the Australian rush was called the ‘new gold mountain’, and it was seen as a closer and possibly richer alternative to America.

Most of these new immigrants were men contracted to agents who sponsored their voyages. They faced years of difficult repayments while also sending money back to their families in China.

The Chinese gold rush migration shaped and influenced Australian policy drastically for the next hundred years. Racist fears about Chinese migration was found in the halls of government and in the deepest bowels of the mines. Some in parliament argued that it was a security risk to have so many Chinese in the colony who were ‘ … fanatically loyal to a despotic foreign emperor who could order them to rise up at any moment..’ It didn’t matter that Guangdong province, where the majority of immigrants were from, was a hotbed of anti-emperor opinion.

In response to the ‘Chinese threat’, the Victorian parliament passed the Immigration Restriction Act. This forced any Chinese arriving in a Victorian port to pay a £10 per-person tax. It also mandated that there could only be a certain number of Chinese travellers per tonnage of shipping, so captains simply stopped carrying more than a handful of Chinese passengers.

To get around the new legislation, many ships travelled to South Australia instead. Between 1855 and 1857 thousands of Chinese landed in the Port of Adelaide and the port town of Robe. Robe’s population essentially doubled overnight thanks to the Victorian government. From there it was a long overland route to the Victorian goldfields.

Once on the goldfields, the Chinese were attacked constantly by the local population. To put a stop to this, the Government established Chinese protectorates in Ballarat, Bendigo and Beechworth. While these did help limit the violence against the Chinese, they did have to pay an extra pound per year for the right to live safely.

By 1861, the Chinese community was already thriving, making up nearly 7% of the Victorian population. Melbourne’s Little Bourke Street became a bustling centre for Chinese cultural and business activity and is still is today, better known by its colloquial name of Chinatown.

During the 1880s after the gold had dried up, the Chinese started to move into towns and cities, spawning more ‘Chinatowns’. This continued to build resentment in the local white population and was one of the driving factors behind the states – driven by Victoria and NSW – banding together to become one nation. It was thought a unified immigration policy would slow the flow of Chinese into the country, so the Australian Federation was championed.

With the founding of Australia as a nation, came one of the sadder periods of our history. In May 1901, local Chinese celebrated the first sitting of federal parliament by parading dragons through the streets. Australia promptly implemented the White Australia policy. The White Australia policy was a set of policies that aimed to exclude people of non-European origin, especially Asians (primarily Chinese) and Pacific Islanders (primarily Melanesians) from immigrating. Edmund Barton, Australia’s inaugural Prime Minister, argued at the time that “The doctrine of the equality of man was never intended to apply to the equality of the Englishman and the Chinaman.” It puts Trump into perspective.

Despite this, and despite the fact there were restrictions on Chinese men joining the Australian armed forces, 198 men fought under the Australian flag during World War I, including the celebrated sniper Billy Sing.

The outbreak of Japan’s war with China and then World War II married with some relaxing of the White Australia Policy marked the second spike of Chinese immigrants into Australia. And it was the post-war era where Chinese food culture started to break into the Australian zeitgeist. More and more local Chinese started opening restaurants and cafes, and more and more white Australians started to eat there. Local Chinese restauranteurs – unable to get access to traditional ingredients – had to create new dishes to appeal to the local populace. Thus lemon chicken and sweet and sour pork were born.

1973 marked the official end to the White Australia policy and the first-time large numbers of non-Cantonese speakers immigrated to Australia, and they brought their food with them. Yum-cha was brought over from Shanghai and Hong Kong and by the 1990s was had been adopted by Australians as their own. The Flower Drum – one of Australia’s most decorated restaurants – opened its doors in 1975 and is still as hard to get into as ever. Sichuan cuisine started to make a real impact in the early 2000s and soon hotpot was a staple for students all across Australia. Now Chinese culture is one marvellous ingredient in the ever-evolving stew that is Australian culture. And it continues to grow. The 2016 Census found Australia is home to more than 1.2 million people of Chinese ancestry. Of these, two in five (41%) were born in China, with Australia the second most common country of birth (25%) ahead of Malaysia (8.0%) and Hong Kong (6.5%).