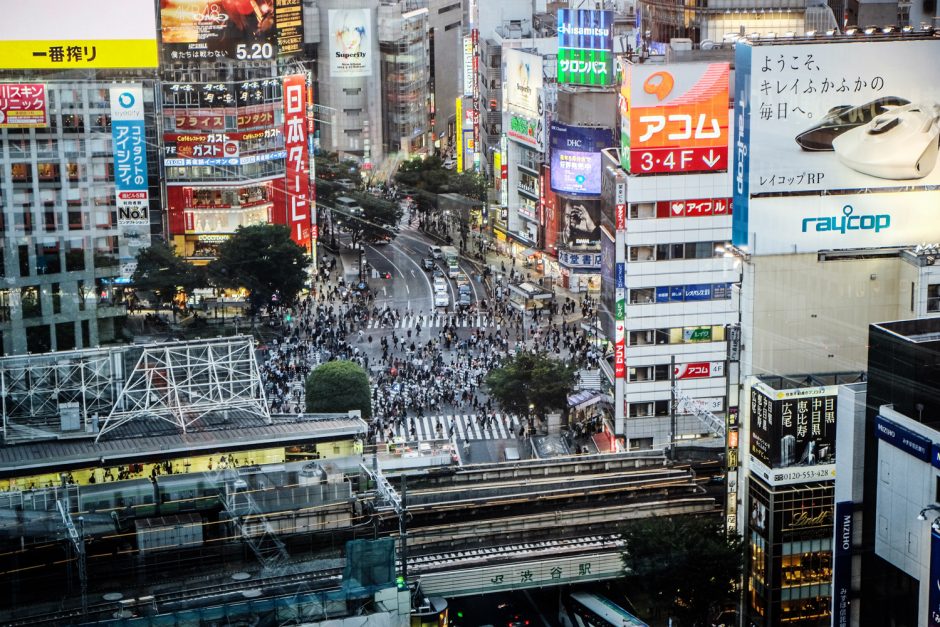 The Japanese archipelago, which has more than a thousand islands, is the land of diverse cultures and lifestyles. From beautiful snowy mountains in the northern island of Hokkaido to bustling cities such as Tokyo, Kyoto, and Osaka which make for the Japan metropolitan areas and tropical rice paddies in southern Kyushu. Japan is an urban wonderland. It’s perhaps the most interesting country in the world for urban explorers.

Here are 5 most Iconic Metropolitan Areas in Japan:

Tokyo, a massive cosmopolitan city’s finest attraction is a street corner. The Shibuya Crossing in Tokyo is the world’s busiest pedestrian crossing. It represents the towering neon-lit Tokyo that travellers expect. The traffic lights at the crossing have a 2-minute cycle. Cars from various directions consume a lot of time. Thousands of pedestrians cross altogether at the same time from five different directions. When the crowds meet in the middle, chaos ensues. It’s a spectacle that’s repeated every two minutes all day and all night until the crowds finally thin out, when the Shibuya stations close at midnight. Shibuya Crossing is a popular attraction, and a must-visit for its photogenic ambience, antics, stunts and celebrity appearances, umbrella scramble, Hachiko, izakaya, karaoke, shopping, restaurants and nightclubs.

Shinjuku, Japan’s biggest neighborhood, houses around 3.64 million people who pass through the Shinjuku Station every day. Tokyo would still be a sizeable metropolis, with Shinjuku as its only neighbourhood. It’s an urban jungle at its best, a place that exists at such a massive scale, that it’s a bit of a mystery, even to those who know it well. There are thousands of restaurants, shops, entertainment, and cultural venues. A few must-visit’s include Omoide Yokocho,Yasukuni Street, Tori No Ichi, Shinjuku Eisa Festival (July), Sumitomo Building and many more.

Ginza, Japan’s largest luxury shopping district, was at the height of economic glory and was the most expensive piece of land in the early 1990s. The cost per share meter was believed to be a million yen. Though prices have drastically fallen ever since, it is still the market for luxury goods and the seller of some of the world’s top fashion and electronics brands. Ginza is known for its innovative architecture, dining, tearooms, entertainment and attractions. Ginza’s nightlife, neon-lit streets, pedestrian paradise, Yukata de Ginbura Festival (first Sunday in August), Chuo Street, Mikimoto Boutique and Hakuhinkan Toy Park are a must-visit.

Odaiba, the large artificial island in Tokyo Bay was constructed in1850’s to defend Edo Castle from foreign invaders. Further development was made before WWII as part of the Tokyo Port. In the 1990s, Tokyo government invested on transportation and infrastructure connecting the Island to Tokyo. Today, it’s primarily a large tourist entertainment and leisure district. It best showcases the Tokyo skyline. It’s also home to massive entertainment complexes, themed shopping malls, hotels, dining, and residences. It is also a popular dating destination. It features unique architecture, a 110 meter (360-foot) tall Ferris wheel, and the Rainbow Bridge which connects Odaiba with Tokyo. It is also the big sight for the international Tokyo Motor Show.

Akihabara or Akiban, named after a former local shrine, is the famous electronic town in central Tokyo. The area is filled with hundreds of electronics shops that sell everything from the newest computers, cameras, video games, televisions, mobile phones, electronics parts and home appliances to second-hand goods and electronic junk. There are multiple specialised chain stores such as sofmap and Loax as well as small independent stores selling electronic goods. The biggest complex is the Yodobashi Camera complex. Most of the appliances sold are Japan centric (i.e. compatible only with Japan’s voltage and other technical differences, Japanese language documentation and limited warranties). Akihabara has recently become the centre of Japan’s otaku (diehard fan) culture, with many shops and establishments devoted to anime and manga.